HARTFORD — Comics, baseball, entertainment and food. Whatever your flavor, Hartford has it. “It’s going to be crazy here. But it’s going to be a good time... 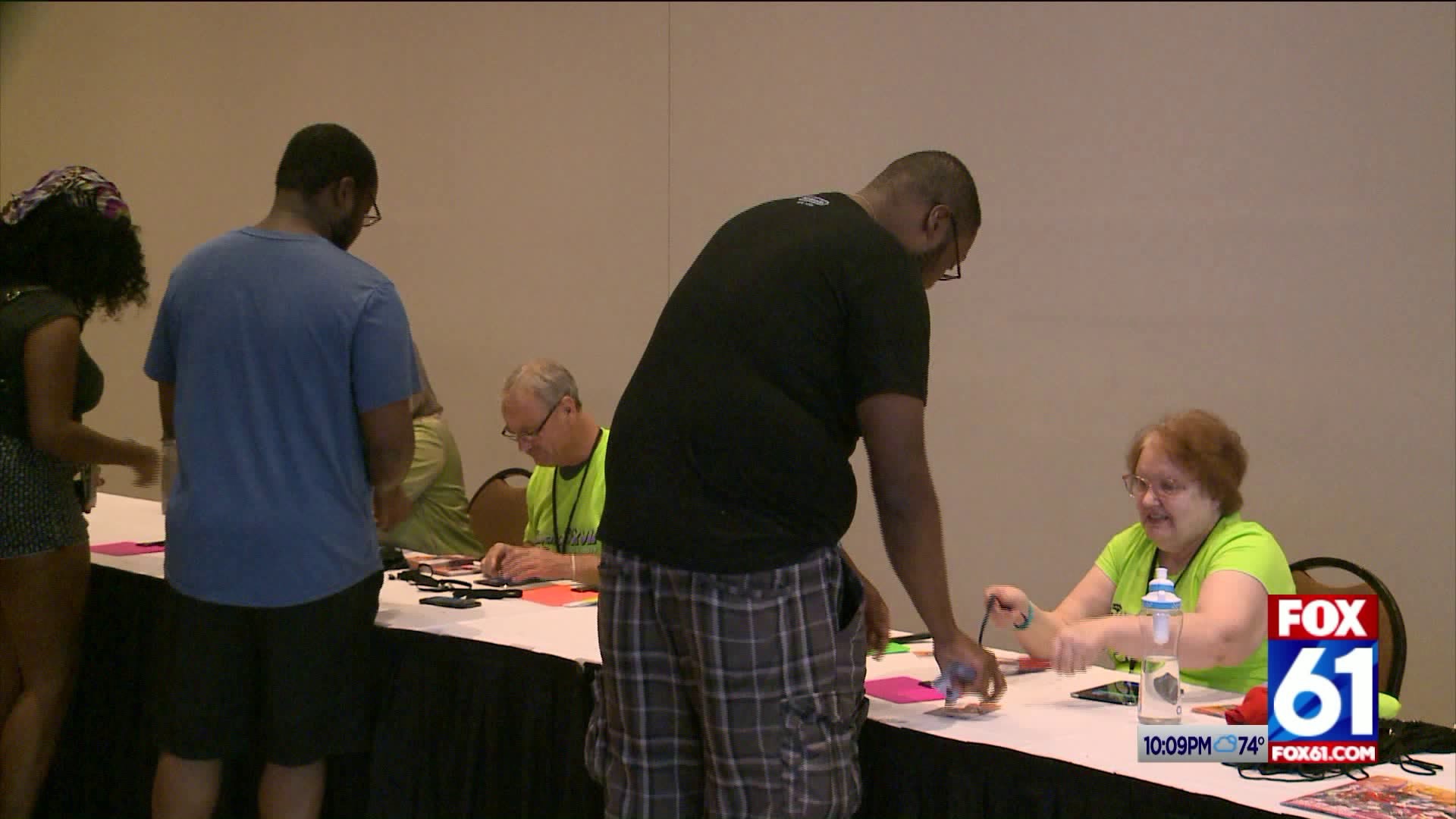 HARTFORD -- Comics, baseball, entertainment and food. Whatever your flavor, Hartford has it.

Registration for The pop culture convention ConnectiCon began with lines out the door.

This and several other weekend festivities will draw thousands from across New England. Excited attendees say Hartford has events you just can’t find at larger Comicons.

"You see everything from Anime, to comics, to anything in between," said Jess Thayer. Thayer came all the way from Brockton, Massachusetts for her 11th ConnectiCon.

"I don’t take vacations to Florida. I go to conventions to meet my friends and have fun," said Hunter Churchill from North Conway, New Hampshire.

Conveniently located just a few steps away is the Riverfront Food Truck Festival. The annual event features dozens of restaurants from classic comfort food to your favorite desserts. And of course, brick oven Pizza.

Attending our food truck festival and fireworks, or one of the other 97 things happening in Hartford on Saturday? Don't waste time in traffic. See the @CTfastrak, @CTTRANSIT, or @hartfordline expanded schedules at https://t.co/OEcLEtIirA and https://t.co/AM4EcteTfh pic.twitter.com/OOiZ5qUwWC

"New Haven had to bring the pizza to Hartford. That’s the only thing," said Bernardo of the New Haven Pizza Truck.

A short ride away ConnectiCon found its way into Dunkin' Donuts Park where the Yard Goats are kicking off game one of a seven game home stand. Hartford Whaler Alumni Weekend begins Friday but that doesn’t mean the stadium lacked excitement tonight.

"It’s just a phenomenal experience. Probably one the best experiences in the state of Connecticut," said Sean Mosley.

In addition there’s also two concerts at the Xfinity theater and Cirque Du Soleil going on this weekend.

Officials urge drivers to get to the city early.

Just coming back from Wethersfield Ave cleanup and listening to @NPR @waitwait & the hilarious @paulapoundstone — who’s going to be @infinityhall tonight. So after the @hfdathletic game & before the @RiverfrontRecap fireworks, there’s one more thing to do in #Hartford tonight!