The Charlotte rapper's apology came after four festivals struck him from their lineups. 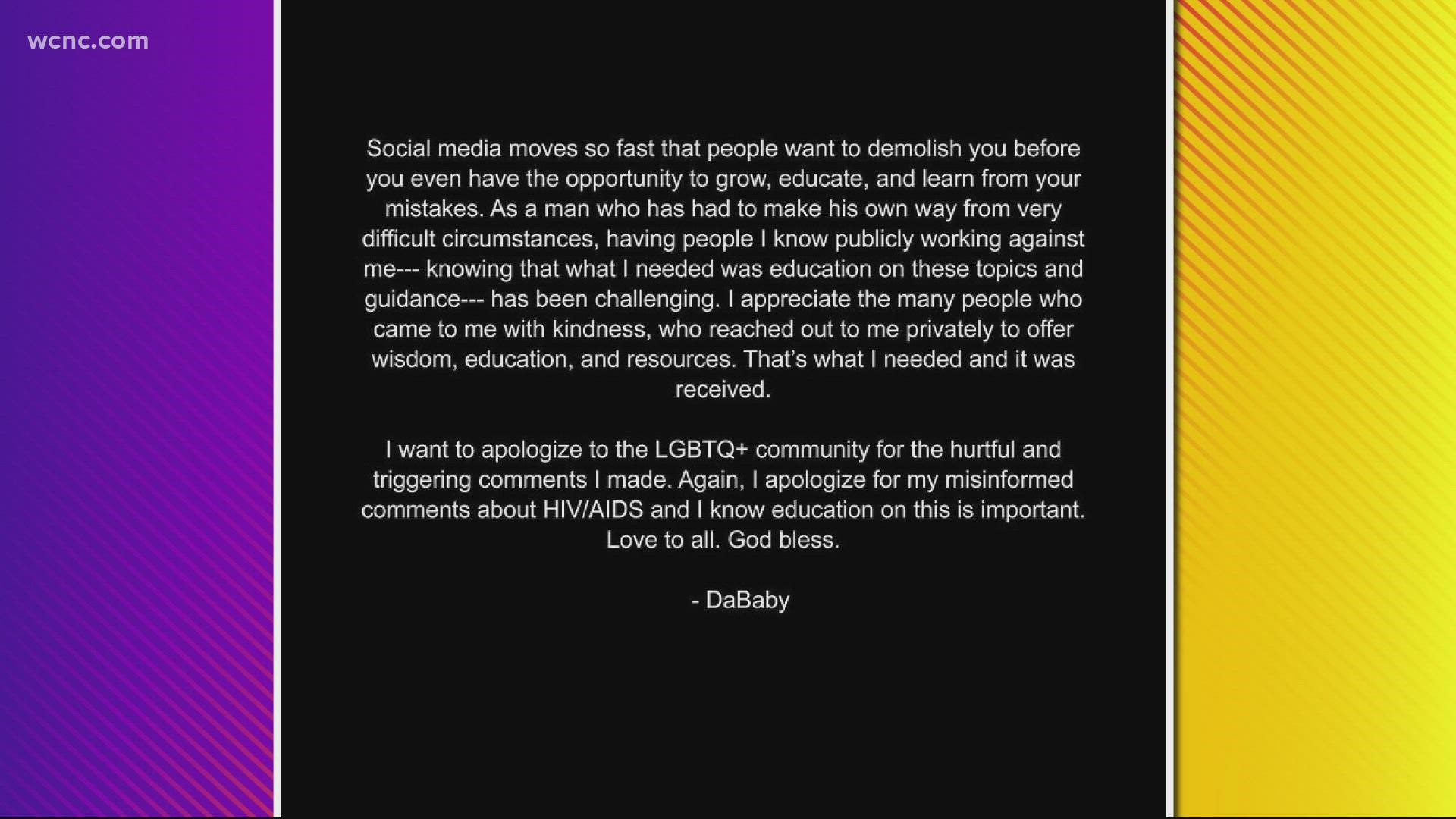 CHARLOTTE, N.C. — DaBaby has officially apologized for inflammatory remarks he made at the Rolling Loud Festival in Miami after four different music festivals axed him from their lineups.

The Charlotte-based rapper, whose name is Jonathan Kirk, posted the apology to his social media pages. The apology opened up with a sort of self-defense, saying social media backlash against his comments came before he had a chance to learn from the mistake he made. However, he noted many people reached out to him privately to offer him resources and education, which he said he needed.

He then moved into a more formal apology to both the LGBTQ community and to people living with HIV/AIDS. His full statement follows:

Social media moves so fast that people want to demolish you before you even have the opportunity to grow, educate, and learn from your mistakes. As a man who has had to make his own way from very difficult circumstances, having people I know publicly working against me--- knowing that what I needed was education on these topics and guidance--- has been challenging. I appreciate the many people who came to me with kindness, who reached out to me privately to offer wisdom, education, and resources. That's what I needed and it was received.

I want to apologize to the LGBTQ+ community for the hurtful and triggering comments I made. Again, I apologize for my misinformed comments about HIV/AIDS and I know education on this is important. Love to all. God bless.

DaBaby's comments at Rolling Loud saw him calling out the LGBTQ community and people living with HIV and AIDS. Video captured at the event showed him using crude language, asking people who weren't gay men or living with HIV or AIDS to raise cell phone lights. He incorrectly stated the disease would "make you die in two or three weeks".

DaBaby was dropped from the Lollapalooza lineup on Monday, following similar actions from The Governors Ball in New York City, Day N Vegas in Las Vegas, and the Parklife Festival in the United Kingdom.