Linda F. Martin, a more than 20-year resident of Hartford, sat down to talk about her matriarch Mary McKenzie Butts, who was born into slavery in Macon, Georgia. 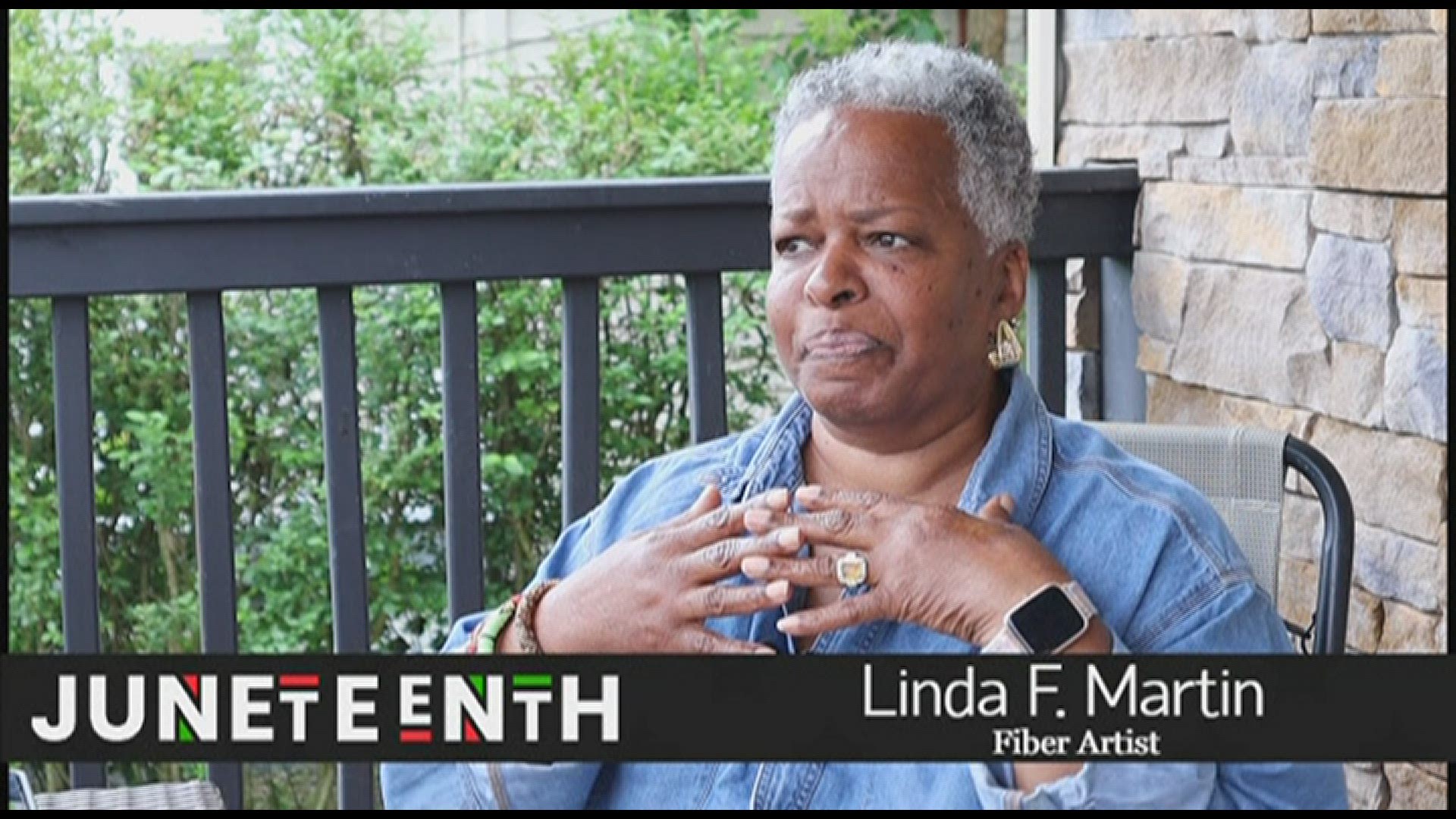 HARTFORD, Conn. — Juneteenth is a day to celebrate the official end of slavery in America. “Freedom Day” is also a time to remember the ancestors who endured the darkest period in American history and paved the way for generations to come.

Linda F. Martin, a more than 20-year resident of Hartford, is doing just that.

As a proud homeowner in the north end of the capital city, Martin said purchasing her 120-year-old home on Cleveland Avenue was the best decision she’s made.

However, Martin’s ties to Connecticut and Hartford specifically, date back far before she closed the deal in 1988.

Martin sat down with FOX61 News to share her great, great, great grandmother’s story from enduring the chains of slavery to freedom.

Her name was Mary McKenzie Butts and she came to Hartford in 1923.

Mary McKenzie Butts was born into slavery on a plantation in Macon, Georgia and died at the age of 101.

“The strength she had to be born into slavery… I just know that she had the fortitude to stay, to live, to grow,” Martin said as she recalled stories that Mary traveled North with four or five children.

While in the Greater Hartford area, Mary co-founded Hopewell Baptist Church, a prominent Black church now in Windsor, of which Martin is still a member.

Martin said Mary even received a citation from President Dwight D. Eisenhower for her 100th birthday.

Martin said it’s hard not having access to documents and records of her lineage, but there are stories.

In her home, a portrait of five generations of women sits on display. At the center: Mary McKenzie.

According to Martin, passing stories down over generations is what helped her know Mary, who died when she was 4 years old.

She remembered her mother telling her of times when Mary would sit by the window and go back in time to her childhood, yelling for horses to be moved.

When thinking of Juneteenth, Martin said it’s important to note that enslaved African Americans were freed in word and not deed.

“Although we celebrate Juneteenth, we need to celebrate all that comes with that date - all that came before and after,” Martin added.

Martin revealed that she struggled for years with determining her purpose. She later realized it was to be herself and share her history.

A significant finding that made her feel more connected to that history: Quilting

“I didn’t know that quilts were created to hide money, they were made to show the route to freedom,” she said. “We have a rich history tied into quilt making and I wanted to keep that up.”

After making bed quilts for family and art hangings that have been seen around the world, Martin said she realized the art form was developed out of necessity and it is what made it feel purposeful.

As the country continues its fight for equity, following a significant racial reckoning that was sparked by George Floyd’s death in Minneapolis in 2020, people like Martin remain angry, but hopeful.

“We have never been free. We [African Americans] have tried and tried, and we continue to try,” Martin said. “That’s what we are, we are a people who don’t give up. We’re smart, we’re intelligent, we’re here forever.”