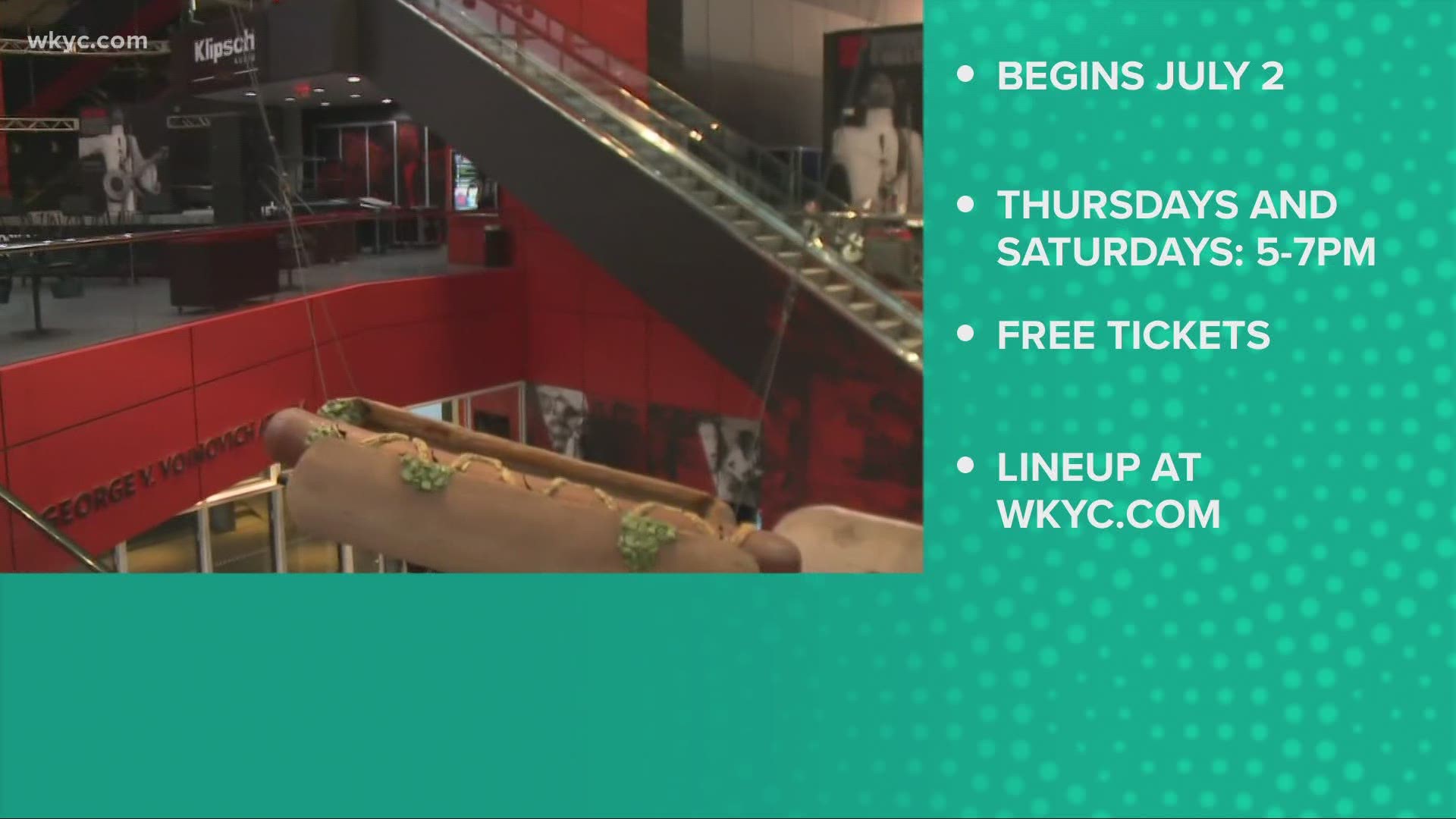 CLEVELAND — The Rock & Roll Hall of Fame is staying true to their mission to "engage, teach and inspire through the power of rock & roll" with their newly released summer concert lineup.

Throughout the summer on Thursdays and Saturdays from 5:00 p.m. to 7:00 p.m. the Rock Hall will be showcasing live music from Cleveland's homegrown talent in the beer garden of their plaza.

The series begins on Thursday, July 7 with Big Jul Green, who is described as a "genre-blending artist combining pop with hip-hop and rock," and goes through Saturday, August 22.

"The Rock Hall Live! summer lineup showcases the best of Cleveland's homegrown talent featuring nationally touring artists, acts that have shared the stage with musical icons, and local favorites," states the Rock Hall in a release.

Everyone entering the plaza will be required to participate in a "brief health screening" which will include a no-touch temperature check.

Performers will include the likes of former American Idol finalist Madeline Finn, The Shootouts -- who have shared the stage with Sheryl Crow and Zac Brown Band, and Cats on Holiday, who shared the stage with acts such as Los Lobos, Marcia Ball, Big Bad Voodoo Daddy, Buckwheat Zydeco, and Leon Russell.

Free tickets will be required for the performances which can be found on the Rock Hall's website.

In addition to the concert series, the Rock Hall announced other activities and events to be hosted on their plaza throughout the summer.

"Lunch by the Lake" will be held on Thursdays, Fridays and Saturdays from 12:00 p.m. to 2:00 p.m. and will feature acoustic performances by local artists.

Sundays from 12:00 p.m. to 3:00 p.m. will be "Family Fun Days," which includes free outdoor activities such as live music, games and more on the plaza. Dogs are welcome on the plaza as well.

A full list of the summer concert series and events with details can be found on the Rock Hall's website.