“The Boy Is Mine” singers “duked it out” in front more than 1.2 million viewers, including U.S. presidential candidates. 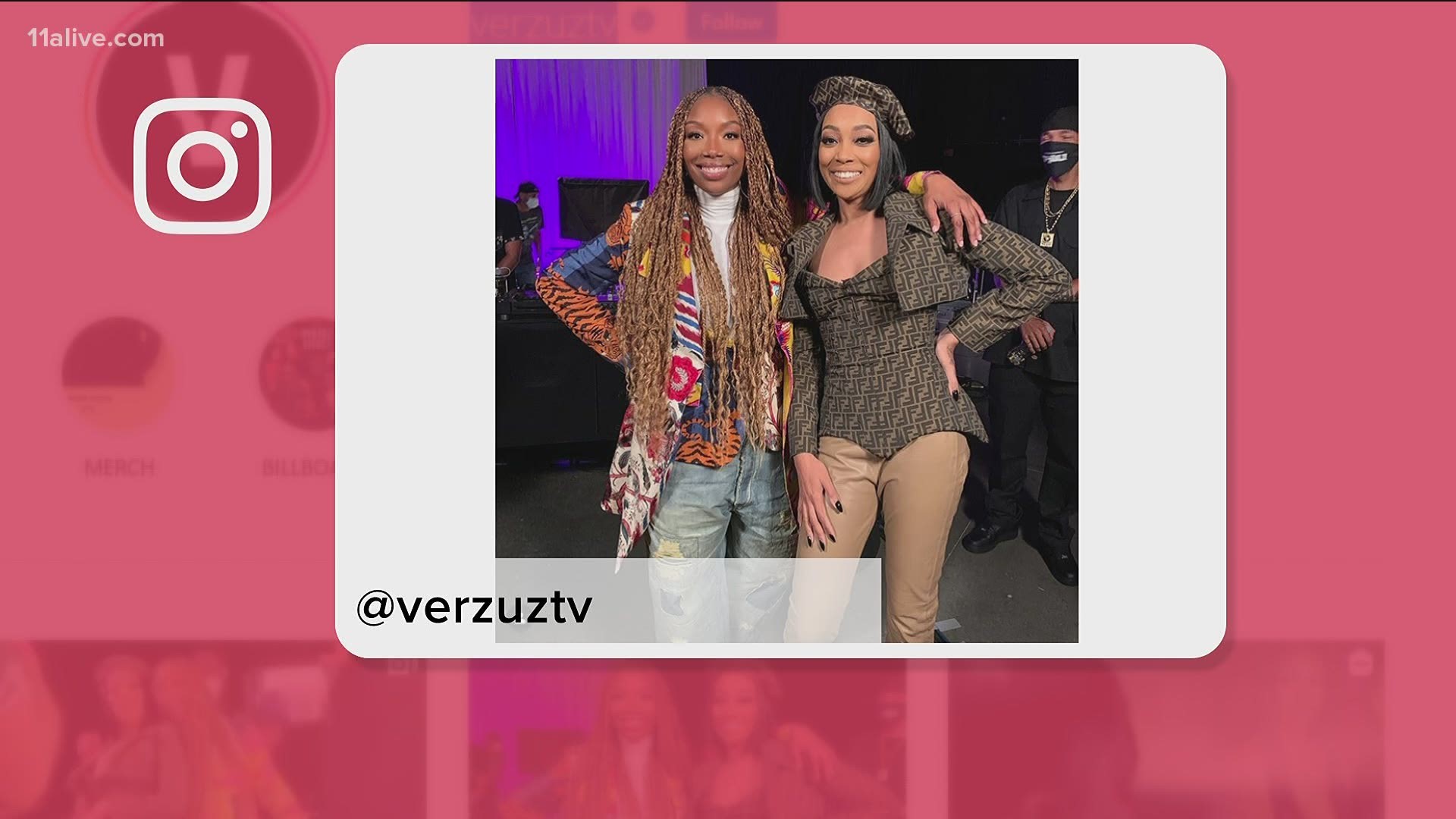 ATLANTA — Brandy and Monica took over timelines Monday night as they hosted Verzus, a virtual music experience that challenges artists to play their most crown-worthy hits live on social media.

“The Boy Is Mine” singers “duked it out” in front more than 1.2 million viewers, including U.S. presidential candidates.

The evening kicked with a heartfelt acknowledgement for “Black Panther” star Chadwick Boseman, who died Friday evening after a four-year battle with colon cancer.

Following the tribute to Boseman, Democratic VP candidate Kamala Harris appeared between a socially distanced Brandy and Monica via video monitor. She wasn’t alone, Democratic presidential candidate Joe Biden appeared as one of the viewers and was given a shout out by blue check marked influencers.

Celebs like Solange, Missy Elliot, Jermaine Dupri, Queen Latifah, and Bryan Michael Cox commented on the live feed with heart emojis and shared their thoughts along the way.

Brandy and Monica played their hits inside Tyler Perry Studios. This is the first time the series has been filmed inside of a production studio, as several of the battles have taken place at the home of the artists as many states issued shelter in place throughout the country. The set up for the event remained a single-camera shot production.

Some of the highlights of the evening included the artists revealing intimate details about some of their most definitive songs.

Brandy, who is also most known for her role in the hit 90s sitcom “Moesha,” dedicated her song “Missing You” to Kobe Bryant, his daughter Gianna, and Boseman.

Monica revealed she is close friends with Bryant’s wife Vanessa and played “For You I Will” as a tribute to the fallen stars.

Michelle Obama also attended the virtual extravaganza. Celebs and fans praised the former first lady every time she commented about a song.

Prior to the livestream, Monica revealed that a commemorative sweatshirt from the event was available for purchase. 100% of the profits from the merchandise sale will go to When We All Vote, Obama's voter education initiative.

Recently, Monica made headlines when she partnered with Kim Kardashian in an effort to seek the release of rapper C-Murder. The No Limit Rapper and brother of Master P, has been in prison for more than 20 years for the murder of Steven Thomas.

The star remixed her Atlanta-influenced bop “Every Time The Beat Drops” as a homage to C-Murder.

Brandy also dished on her favorite stories with rappers including Mase, 2Pac, and the Notorious B.I.G.

After two hours of jamming, the ladies ended the night with their Grammy award winning song “The Boy Is Mine”.