The fashion of the inauguration grabbed some headlines

Hartford fashion leaders told FOX61 that the styles and colors in the nation’s capital had meaning. 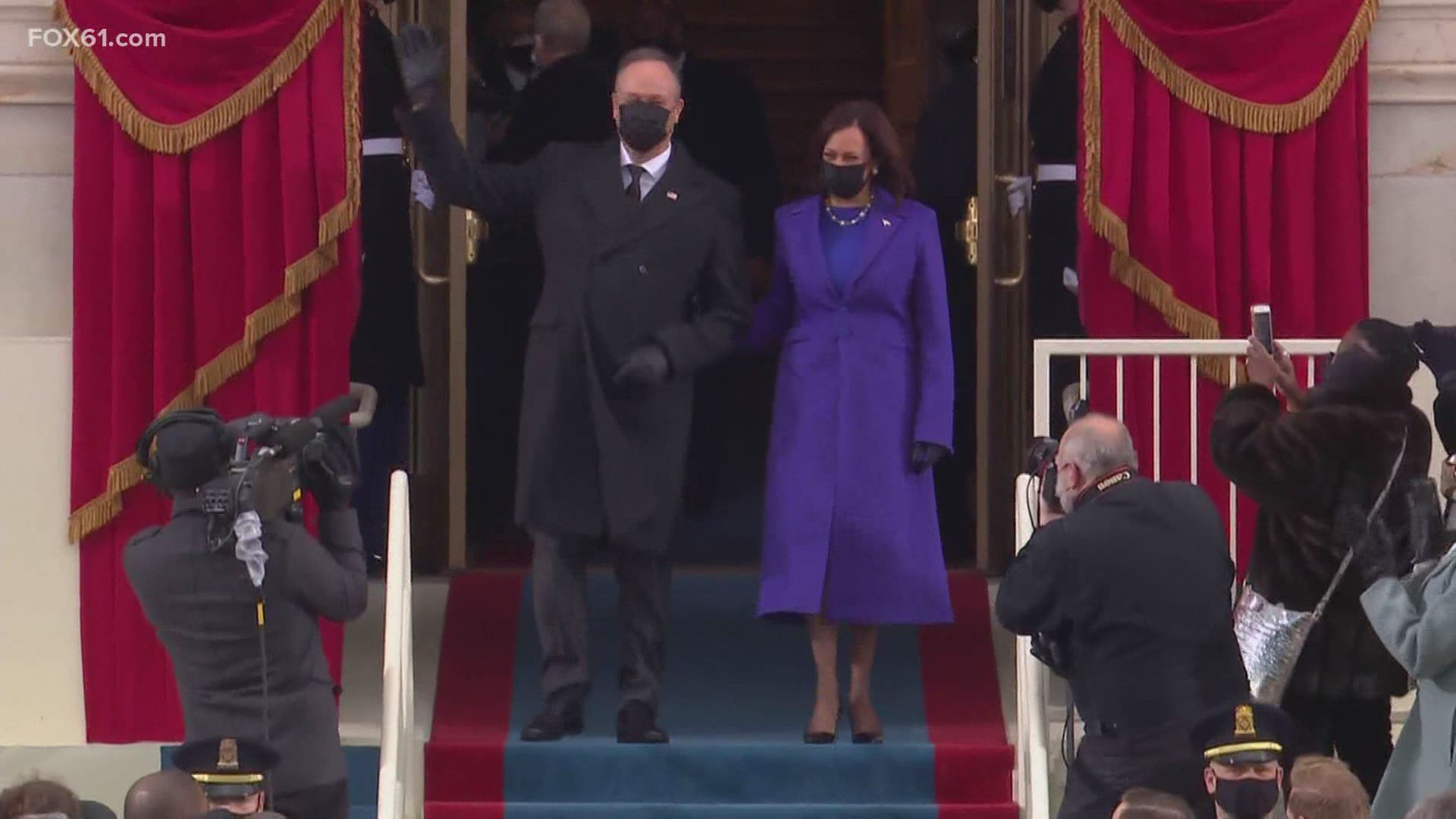 “I saw a lot of color blocking where there was a single color on the main players of the inauguration and I think that was a deliberate message that they were trying to send because it was unified,” said Editor of CTFashionMag.com Mike Chaiken.

Chaiken said there were no patterns or clashing, just solid colors meaning “we are one”.

“One of the things that’s happened during the past election is this red versus blue,” Chaiken said. “Purple is a combination of red and blue and I think that again was a deliberate message that we are all American.

Chaiken thinks the styles worn are a possible indication we could be headed towards the next “Camelot”, as he referenced the Kennedy Administration.

“There was a certain style about the Kennedy Administration and I think we’re trying to invoke that once again,” Chaiken said.

Troy Anthony, fashion designer and owner of Anthony’s Fashion, agreed that the color purple is important and added that he learned the significance and history of color as a design student.

Jackie Kennedy wore a purple coat on the campaign trail for John F Kennedy.  Dr. Jill Biden arrived in Washington, DC on Tuesday before the inauguration and wore purple.

“I know that jacket was very popular at that time and she really made a fashion statement with that piece,” Anthony said.  “So I kind of saw with this inauguration how they brought that back into play and offered those colors of purple and really played homage.”

Anthony said the color purple is regal and even used the color in his store to bring life.

“It was beautiful to see Dr. Jill Biden in purple,” he said. “It was nice to see Kamala Harris, the Vice President wearing that long purple jacket. I think she really paid homage to the history.”

“Everybody is over 2020 and all the things that happened within 2020 so everybody is ready for a splash of color, a splash of hope and I think that’s what that color exudes and brings in for the new administration,” Anthony said.

He looks forward to seeing the new trends and styles throughout the Biden administration.