Kanye West was seen wearing a hockey jersey that looks like a West Hartford Wolves youth hockey jersey. it is not clear if it was or not. 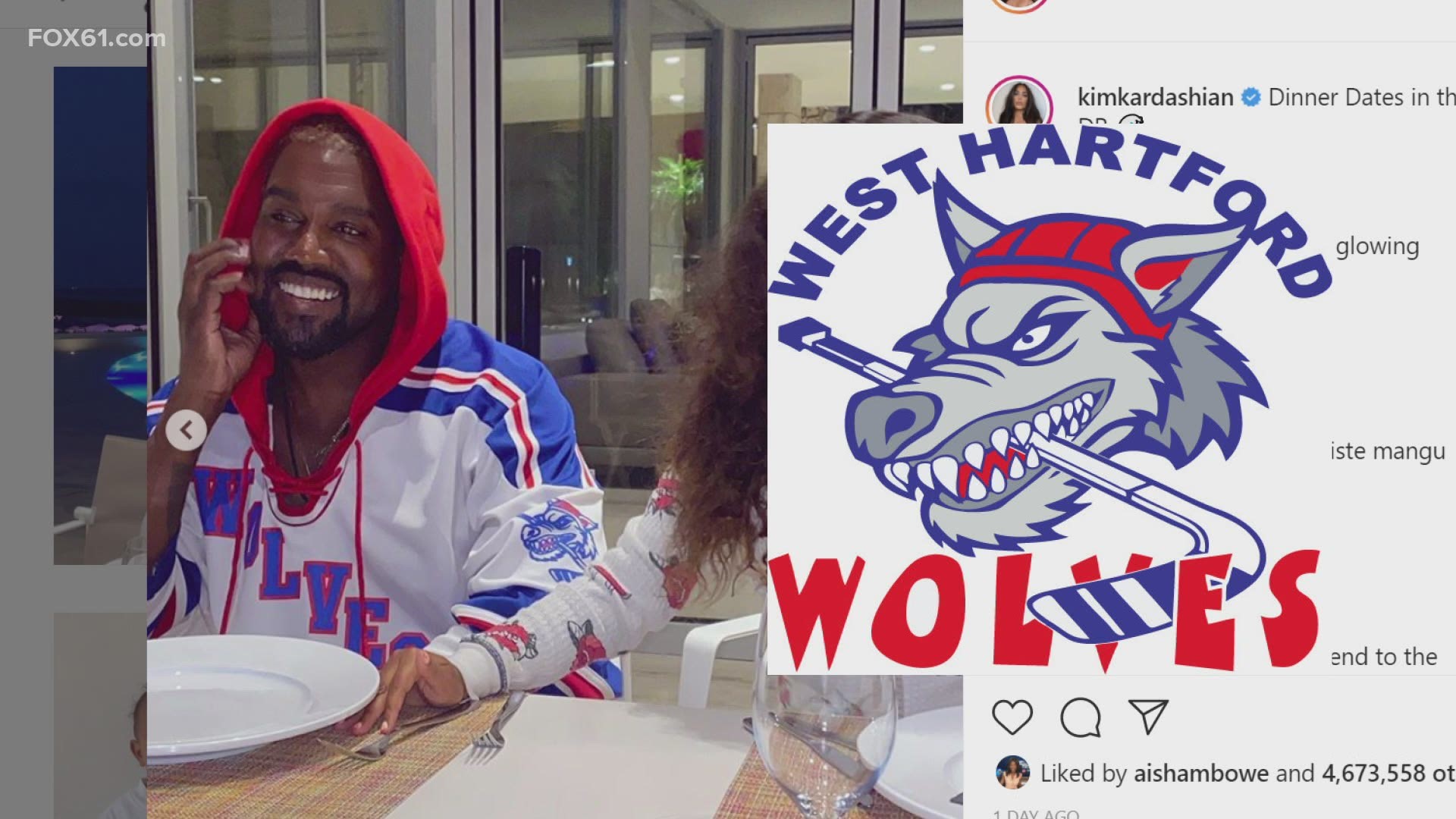 After this picture of the rapper was posted on social media wearing what appears to be a West Hartford Wolves youth hockey jersey.

FOX61 spoke to one local mom who works for the youth hockey association. She says she doesn’t know how west got this jersey. It almost looks like it was made custom.

However, both jerseys share a similar logo and design from a past season.

Kanye fans are now reaching out from all over the country trying to get their hands on one!

"It was surprising someone had seen a picture over the summer so we heard about it and recently someone reached out to our Instagram page reached out saying I want a jersey," said Corinna Brownlie.  "And I responded which jersey you are looking for and he sent me a picture of Kanye.”

Talk about a fundraiser!