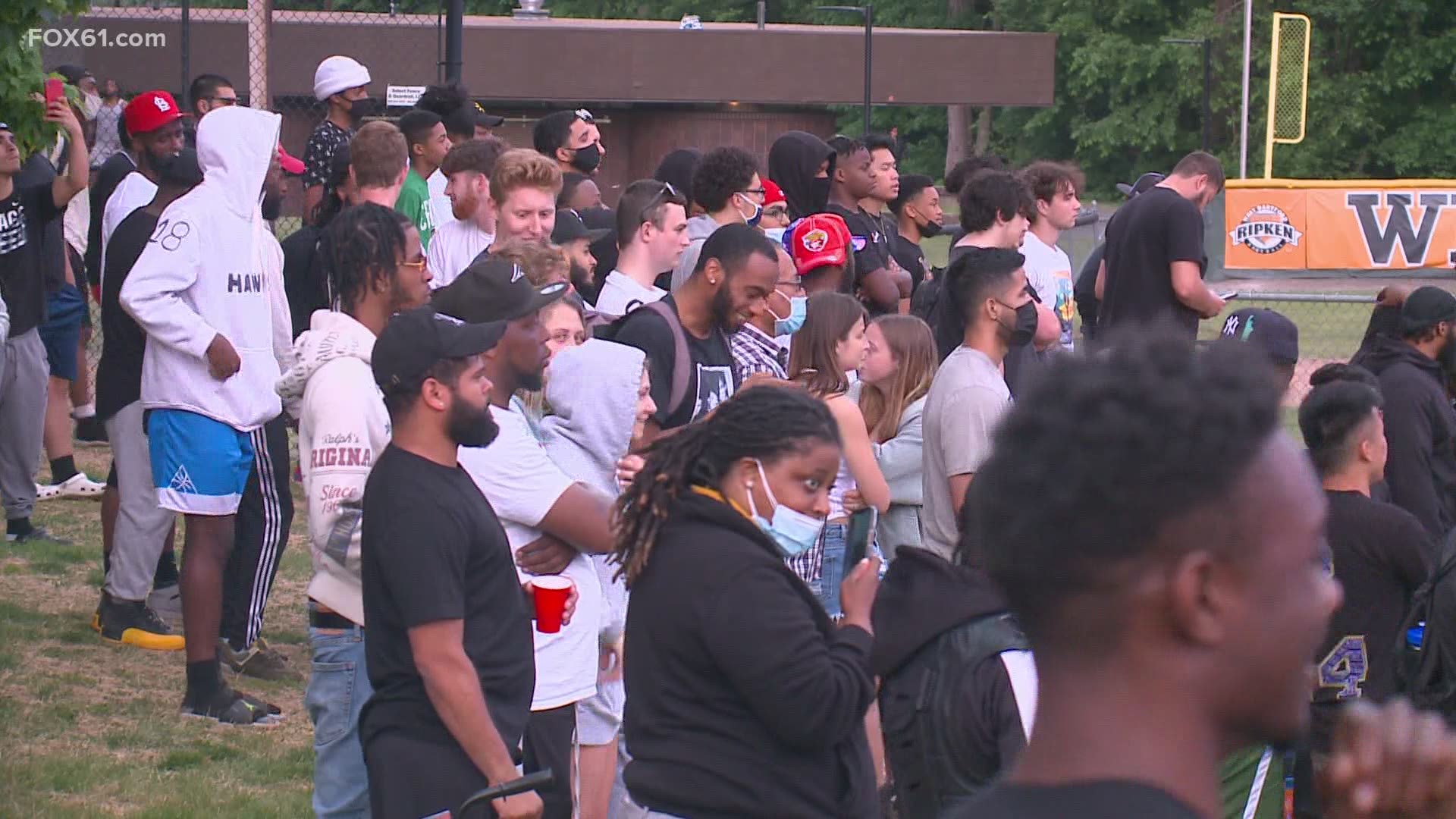 WEST HARTFORD, Conn. — Hundreds of people surrounded the basketball court at Wolcott Park in West Hartford Tuesday night, to see YouTube star DVontay Friga. He has over half a million subscribers on YouTube and more than 200-thousand Instagram followers. Many of his supporters, from Connecticut, with a large crowd of them gathering to watch him play.

"I was actually expecting less people. But this is crazy. This is the most crowd I've ever seen in my whole entire life," said DeMarco Mitchell of West Hartford.

Fans stood wherever they could to try to get a glimpse of the YouTuber. The crowd so thick it was difficult to get close to the basketball player.

"I watch all of his YouTube videos, he's nice. He be crossing up anybody over here, I don't know who could stop him," said RayRay King of Waterbury.

Friga travels to towns and cities around the country to play basketball in different parks, often bringing in large crowds of spectators.

"A lot of YouTubers they come to different parks, and they hoop so I'm surprised they even came to Connecticut it's just an honor to be outside with all of these people who are on YouTube and play basketball for it, not even through the NBA or through college," said Ty Shepard of West Hartford.

The fans in West Hartford nearly taking over the court, excited to see the talented player in person.

"He's good, he's good. He's a D3 hooper so he plays with a lot of competition, a lot of people play with him. So, I respect him," said Shepard.