'God gave me a second chance': After life-altering accident, Texas man dedicates life to giving back

Josh Henry was paralyzed eight years ago during a weekend in Amarillo. Now, he's working to say "thank you," and it's inspiring others. 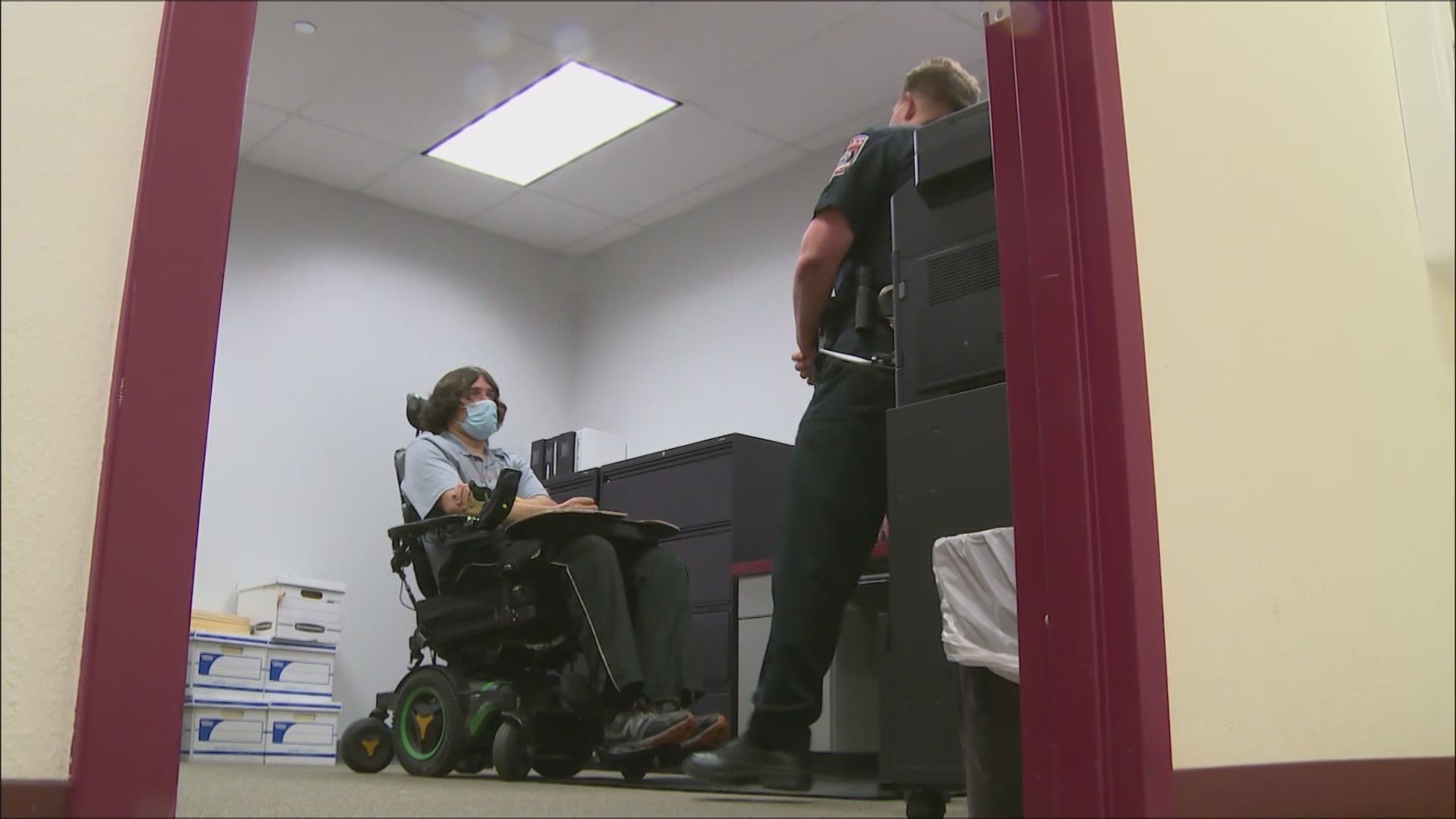 BRIDGEPORT, Texas — On paper, no one at the Bridgeport Police Department is higher up the food chain than Chief Steve Stanford.

There is one position, however, that he says is far more meaningful.

What job could be so important?

For the past few months, 25-year-old Josh Henry has worked a few hours a week, sorting files and doing other odd jobs for the Bridgeport Police Department.

He not only does it with a smile, he does it for free. He’s not getting school credit or any specialized training, either.

In fact, Henry just graduated with a degree in broadcasting and wants to work in sports radio.

So, how did he end up filing paperwork for the police?

“They (first responders) were part of saving my life, so it’s a big thank you to what they do,” he said.

As a teenager, Henry raced dirt track race cars. One weekend, during an off-weekend from racing, he dove into a swimming pool in Amarillo, hit his head on the concrete and was paralyzed instantly.

He was face down in the water for several minutes before first responders, including his dad, pulled him out and saved his life.

“God gave me a second chance and I had to make everything of it,” said Henry.

Henry vowed to live his life as a thank you to all first responders, not just the ones who saved him.

That’s why he volunteered to do office work in Bridgeport, where he moved shortly after the accident.

However, he hasn’t limited his good deeds to first responders.

Henry is growing out his hair in order to donate it to Wigs for Kids, an organization that makes wigs for children with cancer.

Henry said, in a big way, his accident was a blessing.

“Had my accident not happened, I don’t think I would’ve been able to inspire all the people I have,” said Henry.

“Having Josh here kinda gives us a different perspective on life,” said Stanford.

But Henry said being able to say thank you is the real honor.

“I don’t think there really is a good way besides just saying thank you,” he said. “You’ve got to take each and every day to the fullest and live it to the fullest.”

"It inspires us to be better officers, better employees and just better people in general,” said Stanford.