Fighting Leukemia; a tag team is formed between champ and Hartford kid

“It’s just a dream come true, going to WrestleMania, I never thought that would happen.” 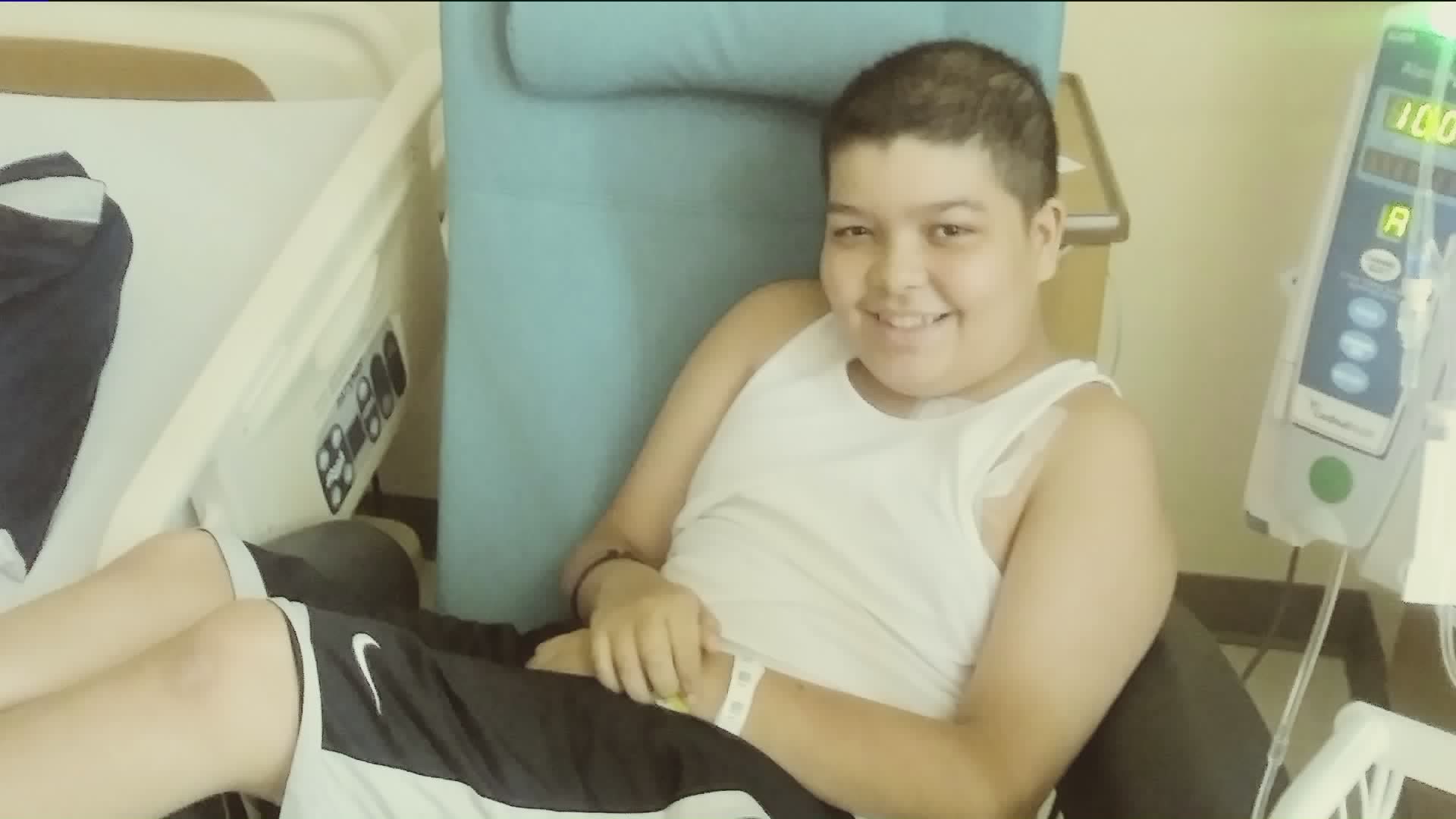 STAMFORD, Conn. — 12-year old Israel Rodriguez knows something about the fight, the 7th grader from the Greater Hartford Academy of the Arts was diagnosed with Leukemia in July.

As “Izzy”, as he’s known, battles the disease, he’s is getting some added muscle in his quest. Make-A-Wish Connecticut and the Stamford based WWE have been granting wishes for decades and, this past week, Izzy was given a surprise for the ages. The lifelong wrestling fan was brought to WWE headquarters and, on the set of the new WWE digital show, “The Bump”, four time champ and top WWE talent Roman Reigns gave Izzy the news via a facetime hookup.

Rodriguez was given an oversized ticket and a smile crossed his face. Reigns, who has battled back from Leukemia twice offered his support for Izzy.

“Just know we are here for you,” Reigns said.

After hearing the news, Izzy said, “It’s just a dream come true, going to WrestleMania, I never thought that would happen.”

Pam Keough, the president and CEO of Make-A-Wish Connecticut said, “this is the Super Bowl of Wrestling,” and then noted that Make-A-Wish will send 28 kids to WrestleMania from all across the country and beyond.

Cheers of “Izzy, Izzy, Izzy” filled the office floor as WWE staffers gathered around Rodriguez and his mother to share in the excitement. Izzy, soon after, said he was inspired by speaking with Roman Reigns and his fight with Leukemia.

"He beat it so I’m going to beat it,” Izzy declared.

Evan Mack, a host of the WWE program “The Bump” said everyone at the WWE was happy to join Izzy’s team. “He is literally one of the bravest kids I’ve ever met, this was awesome.”