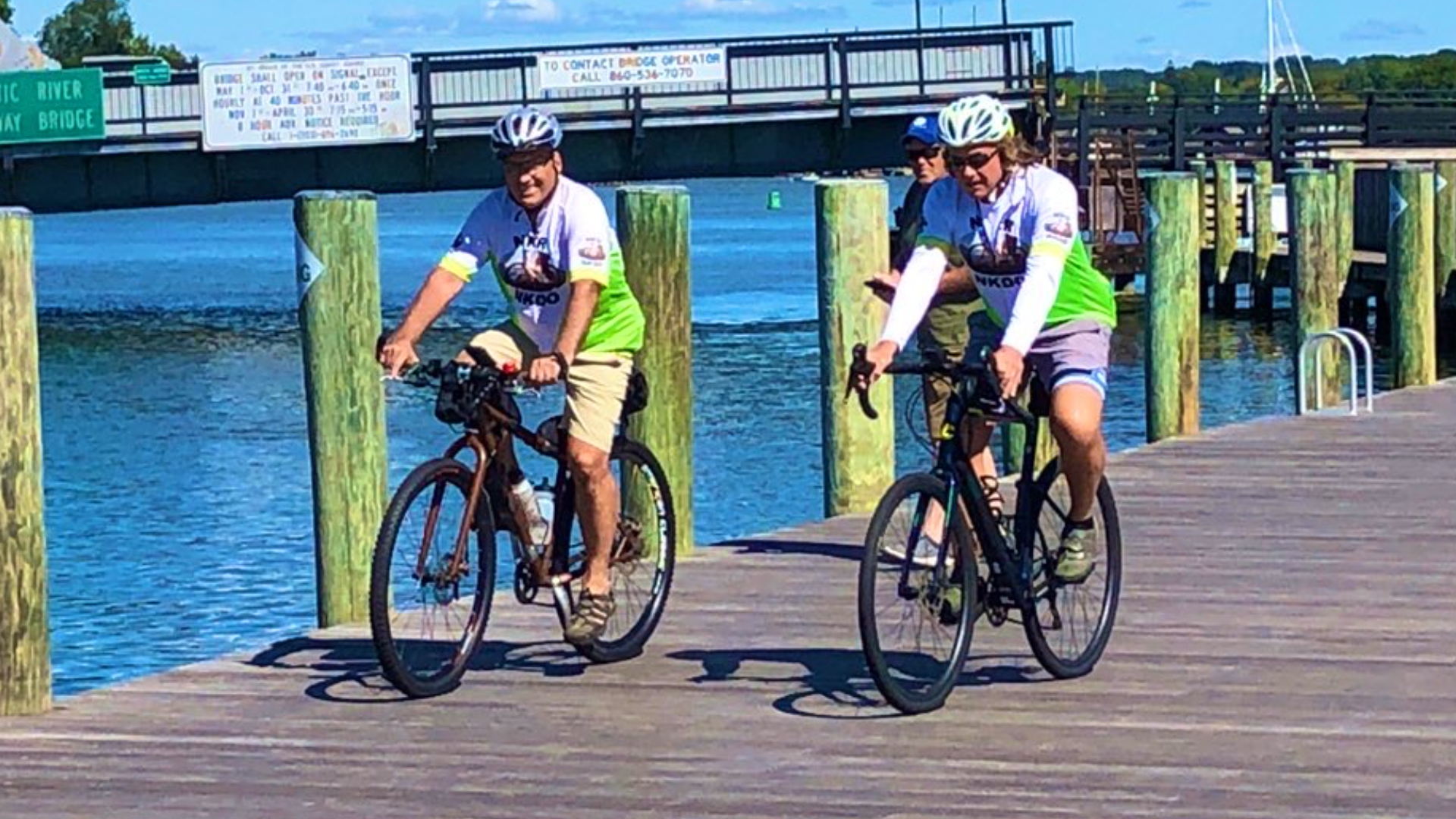 STONINGTON, Conn. — Cyclist Mark Scotch has miles and miles to go – and he’s fine with that.

The 65-year-old from Stevens Point, Wisconsin, just began a nearly 1,600-mile journey aboard his mountain bike to raise awareness for kidney donation.

From Martha’s Vineyard to his home in Wisconsin, Scotch calls this ride “The Organ Trail.”

Scotch said he decided he wanted to be a living donor, and, less than a year after donating his kidney, he wants to show that people can have a full and active life with just one.

“The Organ Trail is a mission to educate people about organ transplant, kidney transplant,” Scotch told FOX61 News while passing through Mystic on Monday.

Scotch and riding partner Steve Wilson, a fellow kidney donor who will bike as far as New York City on the trek, are hoping that more people will become aware of just how important donating a kidney can be.

"I love to ride," said Wilson, 54, from Katonah, N.Y. "If we can raise awareness to the country that people can live on one kidney and that their life doesn't change at all."

Kidney donors on the ride of their lives @FOX61News follows them on, yes, “The Organ Trail”… More from #Mystic at 5. @TheNKDO #Stevenspoint @nkf #ct #charityride 🚴 @Imankidneydonor pic.twitter.com/zXdAykCXoD

Scotch noted that he has been an avid mountain bike rider for close to two decades, so his love of biking and raising awareness are a good fit.

"I like to ride long distances, it's fun and this is a great cause," said Scotch. He then added, "This is a way to do something that really can help people in a meaningful way."

Scotch said that with a bit of luck and some favorable weather conditions along the way, he should be back in Wisconsin on October 17th where a full reception will take place to celebrate his 1,600-mile trip.