Prancer is now getting acquainted with his new life in New Haven and owner Ariel Davis is learning more about her dog's quirks, including his dislike for men. 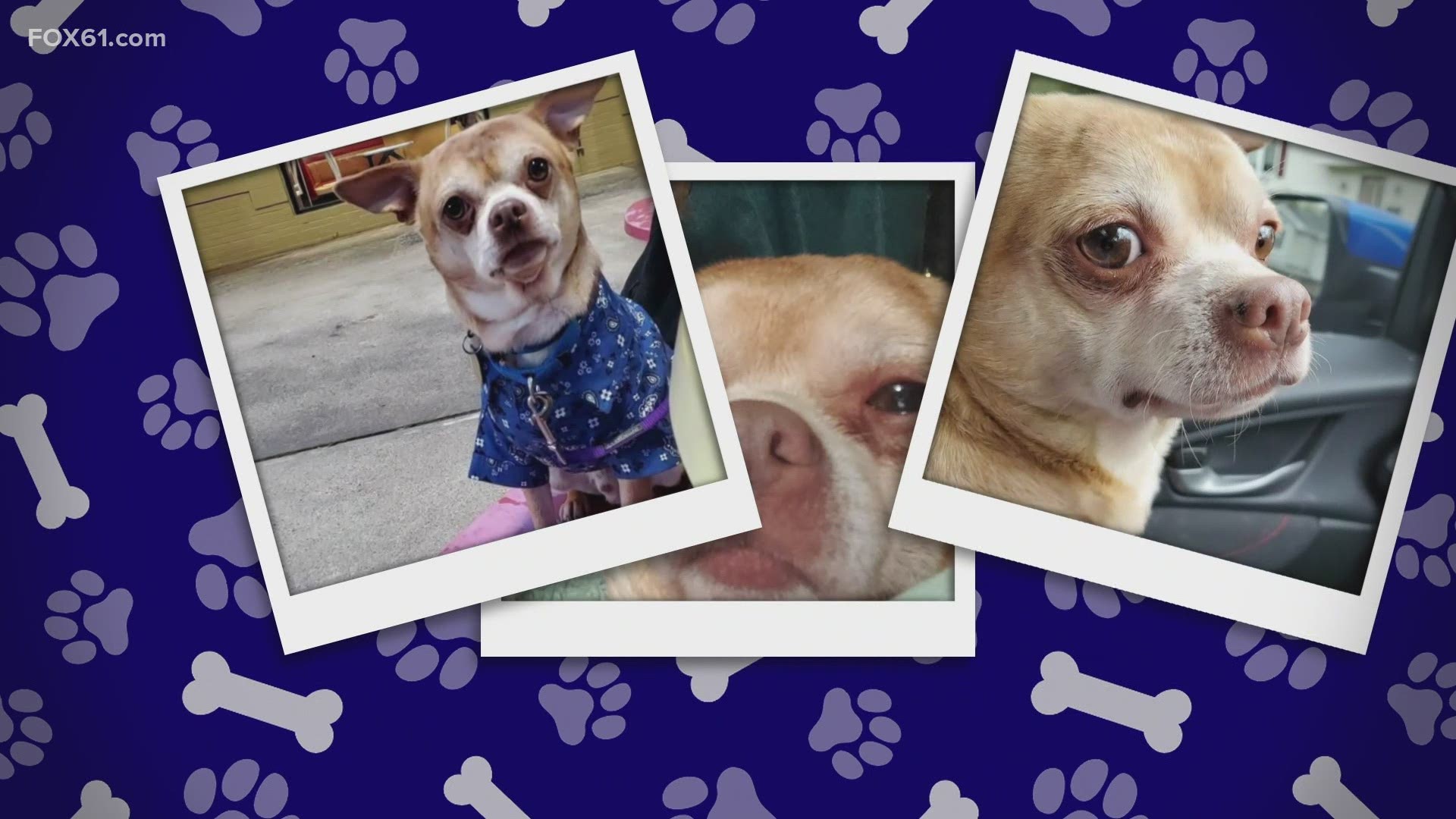 NEW HAVEN, Conn. — If you love dogs and have been on Facebook recently, there's a good chance you've heard of Prancer, the chihuahua.

The 2-year-old dog went viral after the woman fostering him wrote a hilarious and brutally honest post in a plea to get him adopted, describing the pooch as "demonic," "man hating," "animal hating," "children hating," and a "13lb rage machine."

Now, Prancer has found his forever home in New Haven with Ariel Davis.

“He’s just the sweetest little man. I love him so much," Davis said.

RELATED: Prancer the hilariously 'demonic' Chihuahua has been adopted after viral post

"I have to believe there’s someone out there for Prancer, because I am tired and so is my family. Every day we live in the grips of the demonic chihuahua hellscape he has created in our home."

Prancer's previous foster mom Tyfanee Fortuna wrote in the viral post that has collected more than 50,000 reactions and 74,000 shares.

“Prancer came to me obese, wearing a cashmere sweater, with a bacon egg n cheese stuffed in his crate with him. I should have known in that moment this dog would be a problem," Fortuna said.

In the post, Fortuna added: "He was owned by an elderly woman who treated him like a human and never socialized him. Sprinkle in a little genetic predisposition for being nervous, and you’ve concocted a neurotic mess, AKA Prancer."

“She took a humorous spin on it. She definitely exaggerated his qualities to bring attention to this poor little meatball who just needed someone to love," said Davis. "I read the article and it really touched me. He reminds me a lot of the dog that I had seven years ago and that I lost and I miss dearly.”

Prancer is now getting acquainted with his new life in New Haven and Davis is learning more about her dog's quirks, including his dislike for men.

"Since coming to me, Prancer has been primarily around women and he has been a sweetheart. There has been one or two situations where he’s encountered men and it’s a little spot on. He barks and growls," Davis said.

However, Davis also wants the world to know just how far Prancer has come with the help of his previous foster mom. The dog is also undergoing training.

“She took the best care of him. He came to her overweight and barely able to breathe, and she worked with him to help him drop a couple of pounds and really be able to live a positive life," Davis said.

That positive life is now being shared on Prancer's very own Instagram page, which has more than 80,000 followers.

"He’s got 93 percent of his 81,000 followers are women and six percent are men, so he’s definitely a little woman-lover," Davis added.

The ultimate hope is that each picture of Prancer cuddled up on the couch or flashing his big brown eyes reinforces an age-old lesson: never judge a book by its cover, or in this case, a dog by its bark.