After recovery, neglected horses from Montville going up for adoption

The Department of Agriculture Rescued nine horses, and relocated them to a second chance rescue barn in Niantic. 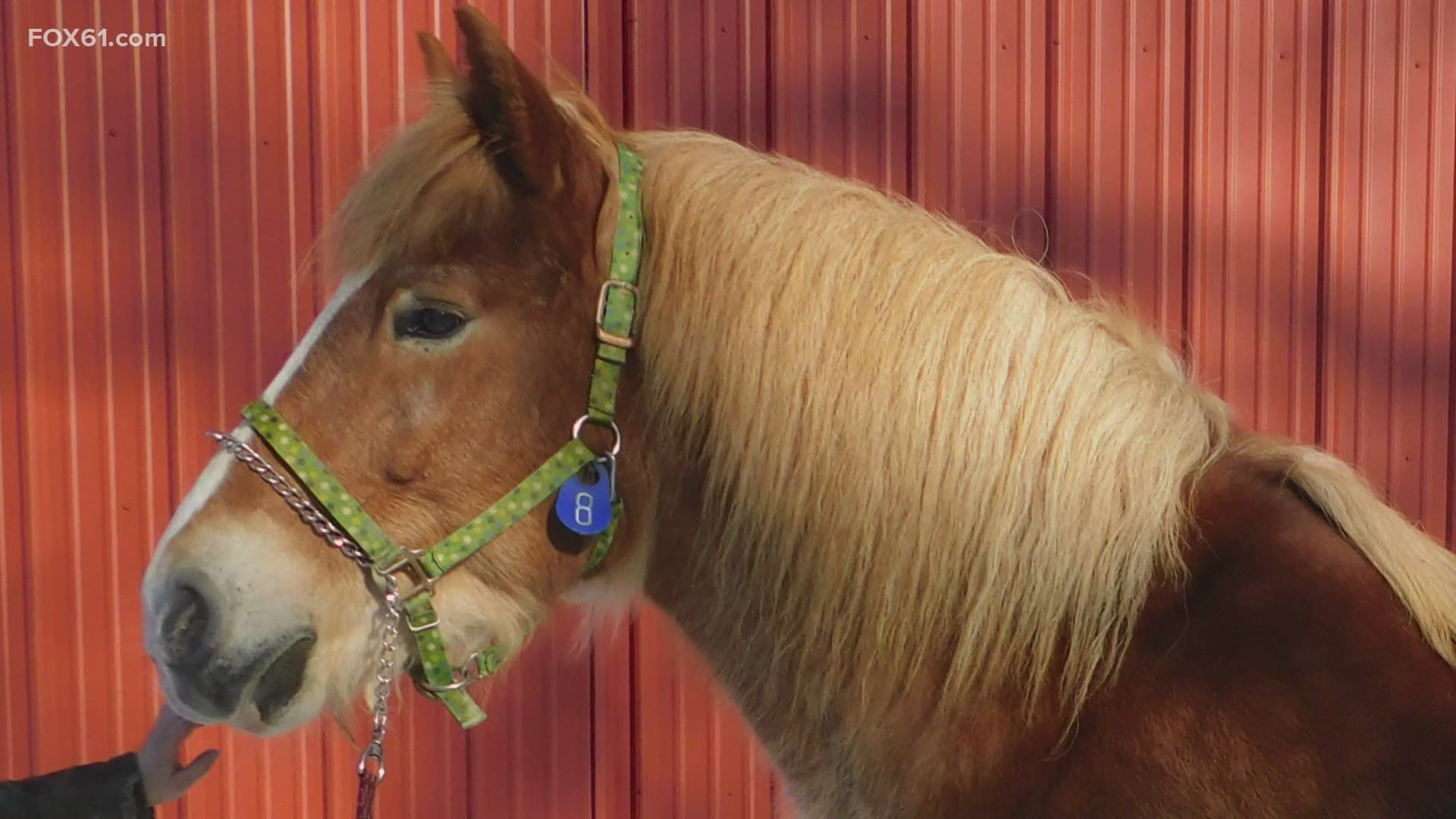 NIANTIC -- It is a horrible story of animal abuse, but now, there is hope for a group of neglected horses. But after an investigation, those abused horses, were finally rescued.

"It was a lengthy investigation that came to an end in September," said Jeremiah Dunn, Chief Animal Control Officer for the Connecticut Department of Agriculture. “Very lengthy, several months long, into a horse neglect situation in the town of Montville.”

From there, The Department of Agriculture Rescued nine horses, and relocated them to a second chance rescue barn in Niantic.

“They’ve been receiving veterinary care on a regular basis," said Dunn. "Basically just being nursed back to good health.”

Prior to his role as Chief Animal Control Officer for the Connecticut Department of Agriculture, Jeremiah Dunn, worked in law enforcement for 36 years, and says this case, has been one of the hardest that he has had to deal with.

"I saw a lot in my career," said Dunn. "And I have only been with the Department of Agriculture for over a year, and...it was very… it affected me, animals don’t have a voice, we have to be a voice for the voiceless.”

So now, it is time to find a home for these beauties!

“There has been an overwhelming response to the adoption process," said Dunn. "We’ve received several applications, in fact the horse, I don’t know if you can see behind me, his name is Bailey, and he is the most requested right now, horse that we have.”

In the initial seizure, 9 horses were taken, but sadly, one had to be euthanized after endless attempts to get the horse healthy again. So, right now, there are 8 horses from the September seizure, and an additional 2 from a separate incident.

“We are still in the adoption process," said Dunn. "The application process will be going on until march 5th."

From there, applicants will be vetted by the department of agriculture to try to find the right match for the horses and their future owners.

If you are interested in helping out, but can’t buy a horse… you can help fund projects like this by going here.