Plymouth Police said Thursday that the beefalo was no longer roaming in the wild. His new home will be a sanctuary farm in Gainesville, Fl. 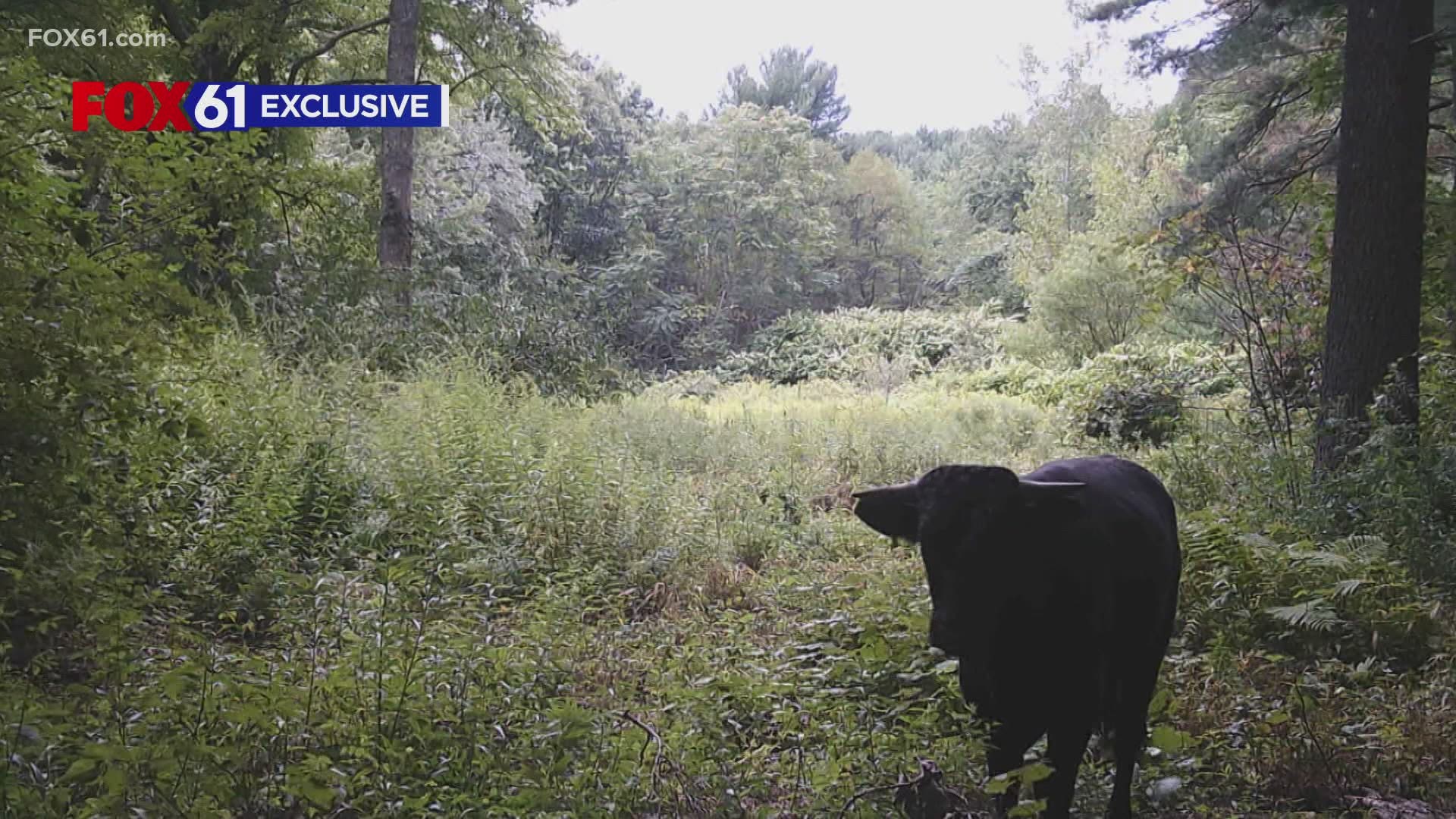 PLYMOUTH, Connecticut — "Buddy" the beefalo will move on to new pastures.

Plymouth Police said Thursday that the beefalo was no longer roaming in the wild.  His new home will be a sanctuary farm in Gainesville, Fl.

“This was the feel-good story we’ve all been waiting for, in times of COVID and a lot of other problems in this country, it was a nice distraction,” said Captain Edward Benecchi of the Plymouth Police Department in Terryville.

Officers at the Plymouth Police Department were excited for Buddy.  The news was announced on their Facebook page and on Buddy’s Twitter page.  Officers had helped him find his new home.  He was originally headed for the slaughterhouse but decided to run for it.

“Back in August Buddy was at the Plymouth Meats locker where he was being offloaded for processing,” Captain Benecchi said.  “He took his opportunity to escape and was on the run for the last eight months in the surrounding area of Plymouth.”

Captain Edward Benecchi said Buddy was not secluded, but surviving on grass, hay, water, and grain with help of a neighbor known to police throughout the winter.

“He was just out and about hanging around, so we would routinely take 911 phone calls about Buddy sightings,” Benecchi said.

“Buddy found cows in a nearby farm got into their pen and wasn’t able to get out,” he said.  “The farmer, his son, and a couple of their friends were able to capture him safely.”

“He didn’t want to be rescued, so we had to capture him,” Benecchi said.

Plymouth Police, however, did save him from his fate as food and paid for his release through collecting donations in a GoFundMe page raising over $8500.

“We call it his bail,” said Erin Amerman, Founder, and President of Critter Creek Farm Sanctuary.  “They paid his bill and so they paid the original farmer to release him.”

Amerman said Buddy is being transported to his original home.  There he will see a veterinarian and later be transported to Critter Creek Farm, a non-profit sanctuary farm in Gainesville.

“He will have anywhere between about 80 and 120 acres on which to roam and ponds to splash around in and trees and grass and hopefully he will enjoy it here,” Amerman said.