The Dan Cosgrove Animal Shelter has said one of the four kittens has died. It is unknown what town the cats were found in. 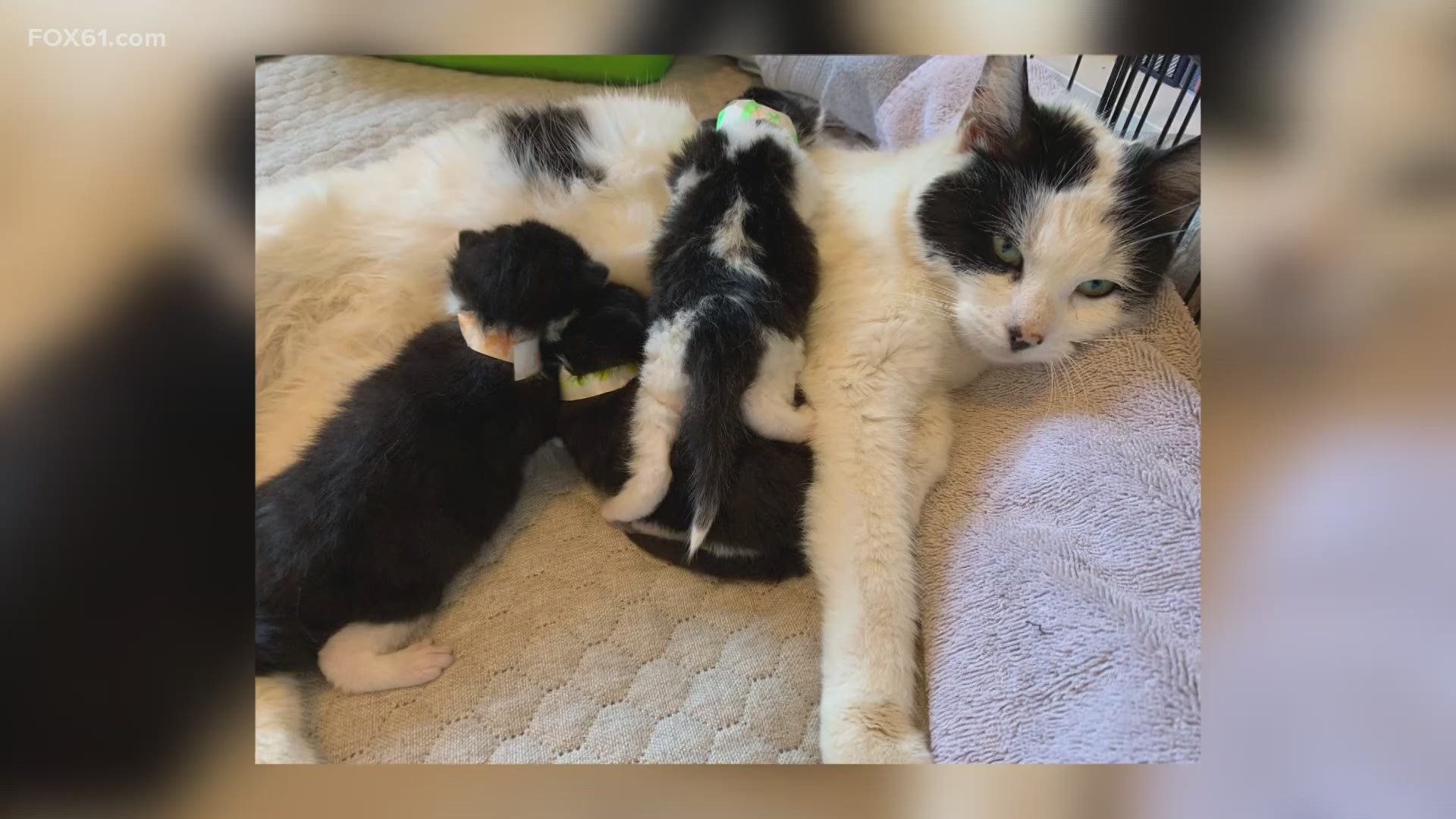 CONNECTICUT, USA — Over the weekend the Dan Cosgrove Animal Shelter received a phone call from one of their volunteers that someone had found a cat and her four kittens in a Tupperware bin sealed on the side of the road.

The animal shelter says that where exactly the cats were found is unknown due to it being later at night and several people being involved.

The cats were found not conscious and had to be resuscitated, said the animal shelter in a Facebook post. They were rushed to the emergency vet in Middletown.

At one point the mother was blind due to lack of oxygen but as of Monday she can see and is doing well, according to the Facebook post.

Sadly, one of the kittens did not make it. The other three are said to be doing well and gaining weight.

The animal shelter has named the cats Stevie Nicks, Van Halen, Aerosmith, and Metallica. To our younger readers, these were rock bands and Stevie Nicks sings Dreams.

As of Monday, there is not a police investigation.

The Dan Cosgrove Animal Shelter asked anyone who could not keep their pet, they will provide resources to get the animal to safety. One can call 203-315-4125 or email lburban@branford-ct.gov.