DEEP says interactions with black bears on the rise

Through July 8, the department has received 25 reports of bears entering homes and is on track to triple the average number of home entries in 2018 and 2019. 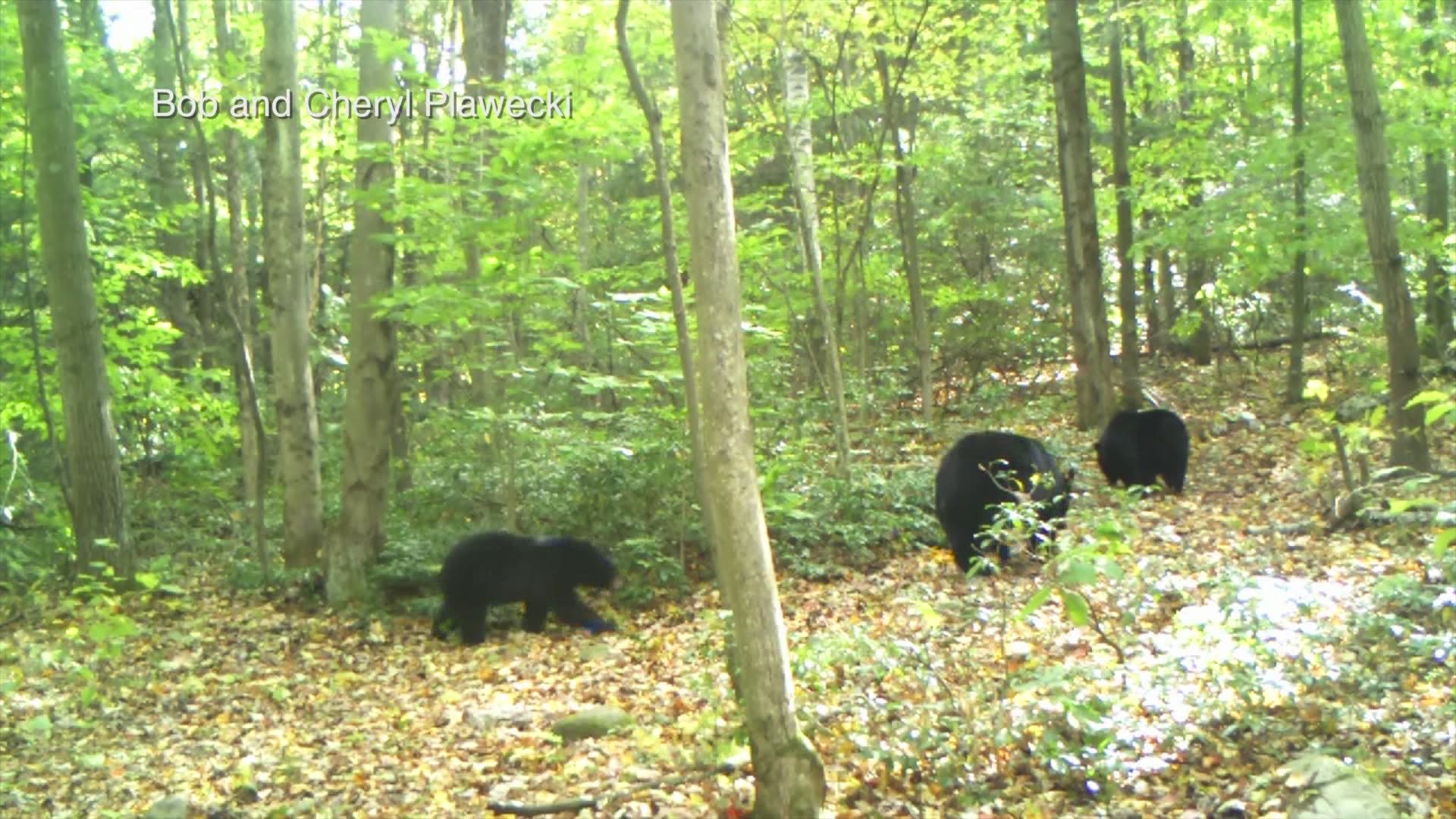 CONNECTICUT, USA — Connecticut's DEEP is reporting interactions with black bears are on the rise in 2020. The department made the announcement on Tuesday saying they have received unprecedented numbers of complaints and requests for help regarding bears.

“Black bears should never be fed – either intentionally or unintentionally,” said Jenny Dickson, DEEP Wildlife Division Director. “Bears that are attracted to homes by easily-accessible foods lose their fear of humans. Such bears spend more time in neighborhoods and near people, increasing risks to public safety, the likelihood of property damage, and the possibility that the bears may be hit and killed by vehicles.”

OMG! FOX61 viewer Dan Bosse sent in these photos from his Bristol backyard! Dan says he and his wife were pulling weeds when the bear family came out the woods just 15 feet away. They walked through tipping over the bird bath for a drink! 😂🐻

The environmental department also said if you are hiking with your dogs, to keep them on a short leash and not to let them roam free.

DEEP has released several other tips to not attract bears:

2.       Do not feed birds in the spring (starting in late March), summer, and early fall. Clean up spilled seed from the ground.

3.       Store garbage in secure, airtight containers inside a garage or storage area. Adding ammonia to cans and bags will reduce odors that attract bears. Periodically clean garbage cans with ammonia to reduce residual odor. Garbage for pickup should be put outside the morning of collection and not the night before.

4.       Do not store leftover bird seed or recyclables in a porch or screened sunroom as bears can smell these items and will rip screens to get at them.

5.       Supervise dogs at all times when outside. Keep dogs on a short leash when walking and hiking. A roaming dog might be perceived as a threat to a bear or its cubs. (Dogs are required to be on a leash when visiting State Parks, State Forests, and Wildlife Management Areas. Check dog and leash regulations for town properties, land trusts, and other public properties before heading to those areas.)

9.       Avoid placing meat scraps or sweet foods, such as fruit and fruit peels, in compost piles.