Denver Zoo's lions played in the snow like dogs, and there's a video to prove it

The second-largest March snowstorm in Denver history happened over the weekend, and the Zoo's lions were thrilled. 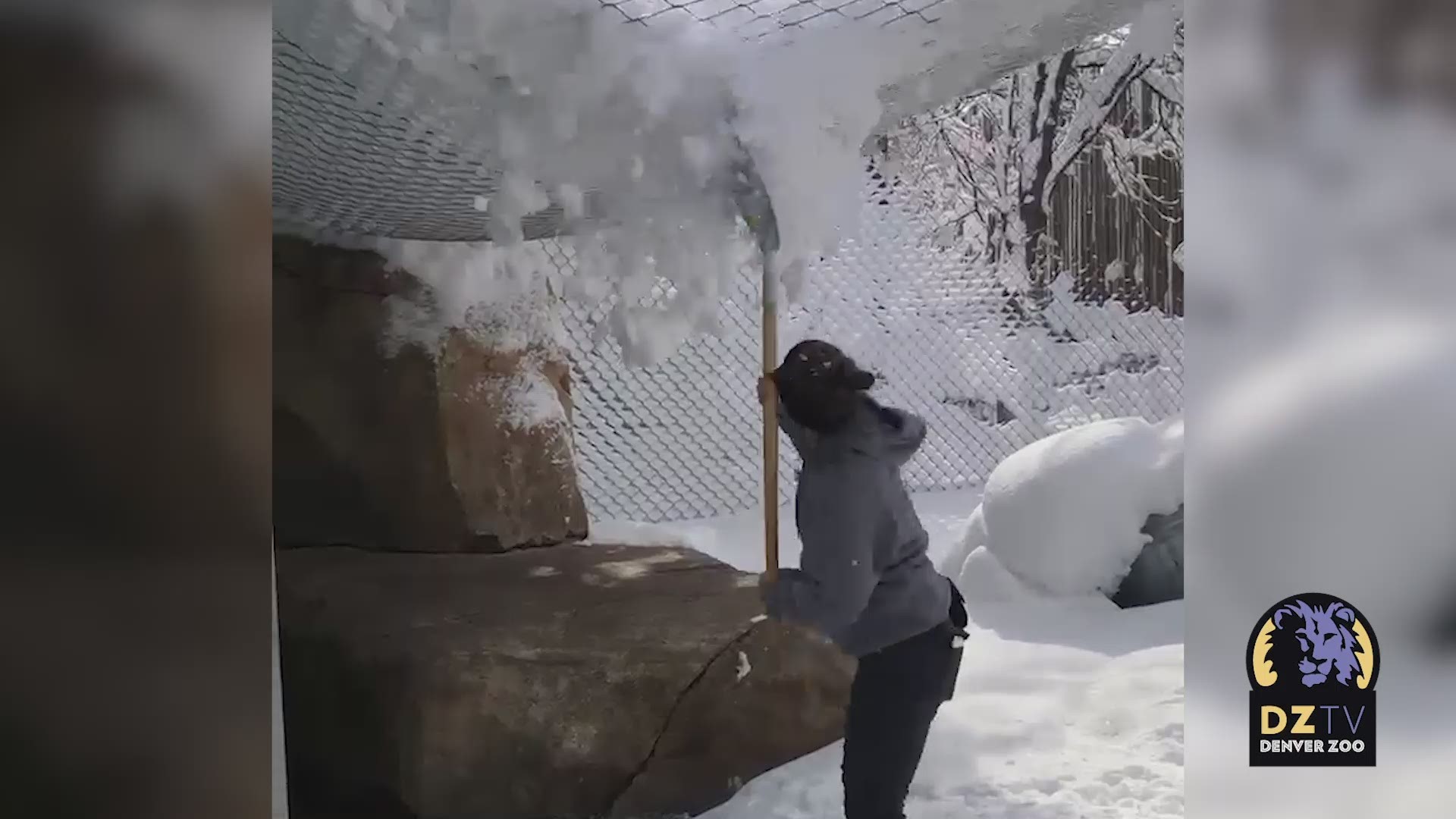 DENVER — As sure as Mt. Evans rises like Olympus from the Eastern Plains, animals love it when it snows in the Centennial State.

And lions blessed the snow in Colorado at Denver Zoo on Monday... and it will take a lot to drag me away from the ensuing video.

Toto references aside, once zookeepers were able to make Benson Predator Ridge safe for its inhabitants, some of the braver residents ventured out into what is now the fourth biggest snow in Denver's recorded history.

The best part? The zoo was able to get video of lions playing in the snow like dogs! It's adorable ... watch it in the video player above (hurry, it's waiting there for you!).

RELATED: Colorado's dogs have mixed feelings about the March blizzard that dumped 2 feet of snow on their yards

According to a Facebook post from the zoo, even though they're from Africa, lions actually love snow. That's because they spend most of their day finding ways to keep cool, and an abundance of snow means they can get as active as they want without overheating.

"And, if they catch a chill, they have heated rocks to lounge on and heated bedrooms waiting for them when they need them," the zoo added.

The blizzard brought 27.1 inches of snow to Denver International Airport -- the second highest snow total for a March storm since people have been keeping track.

The Denver Zoo was closed to the public on Monday because of the storm. Follow their Facebook page for information about when it will reopen as well as animal videos.