Mom Pana and the baby will be outside for guests to view later this summer, alternating times with dad, EO. 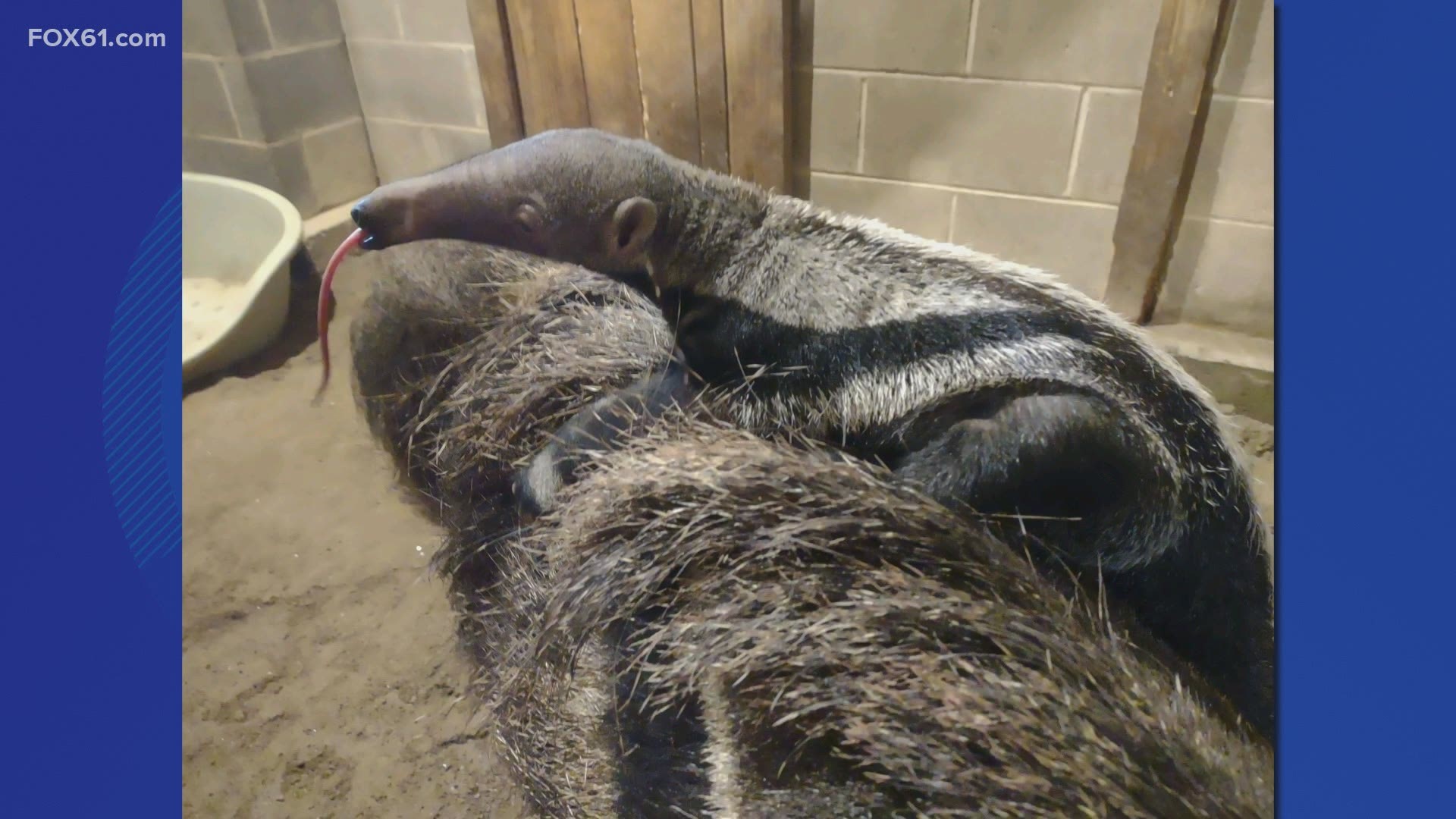 A new baby has arrived at Connecticut's Beardsley Zoo!

The zoo said the pair of anteaters were brought to Beardsley with the hopes of successful breeding, which occurred for the first time in 2016.

The pair’s first offspring, Mochilla, now lives at Alexandria Zoo in Louisiana. Their second-born, Tupi, is at the Nashville Zoo in Tennessee.

Currently, Pana and her new baby are alone most of the day, with brief forays into the outdoor habitat for fresh air and sunshine.

“We couldn’t be happier that our Giant anteaters Pana and E.O. are parents for the third time,” zoo Director Gregg Dancho said in a statement. “We encourage everyone to follow the baby’s growth and progress on our Facebook and Instagram pages until the baby is a bit larger.”

According to the zoo, female anteaters give birth to one offspring and the baby rides on mom’s back for the first several months of life, occasionally venturing off not too far from mom to explore its surroundings.

For the first week, mom spends most of her time sleeping while bonding with the baby. During this time, the baby gains strength and weight.

When Pana and her baby are outside, the zoo said father EO will not be allowed to be in the same habitat due to the mother’s protectiveness.

Pana and the baby will be outside for guests to view later this summer, alternating times with EO.

The Giant anteater parents came to the zoo from Palm Beach Zoo in Palm Beach, Florida.

Pana and EO are both twelve years old, but Beardsley Zoo said Giant anteaters can live up to 26 years under human care. They are usually solitary animals and weigh up to 100 pounds, growing from five to seven feet long.

The zoo said anteaters have one of the lowest body temperatures in the animal kingdom at 91 to 97 degrees Fahrenheit and can eat up to 30,000 ants per meal in the wild.

The Latin name for anteater is Vermillingua, meaning "worm tongue," which can be as long as two feet.

Pana and EO arrived at Beardsley in late May 2015.

The zoo said they are a highlight of the Pampas Plains habitat, which opened in August 2015 and features animals from the Pampas region of Argentina, Uruguay and Brazil. The exhibit represents the zoo’s South American Adventure.