They say two men are endangering the livelihoods of their families by baiting wild animals and charging tourists to take pictures of them. 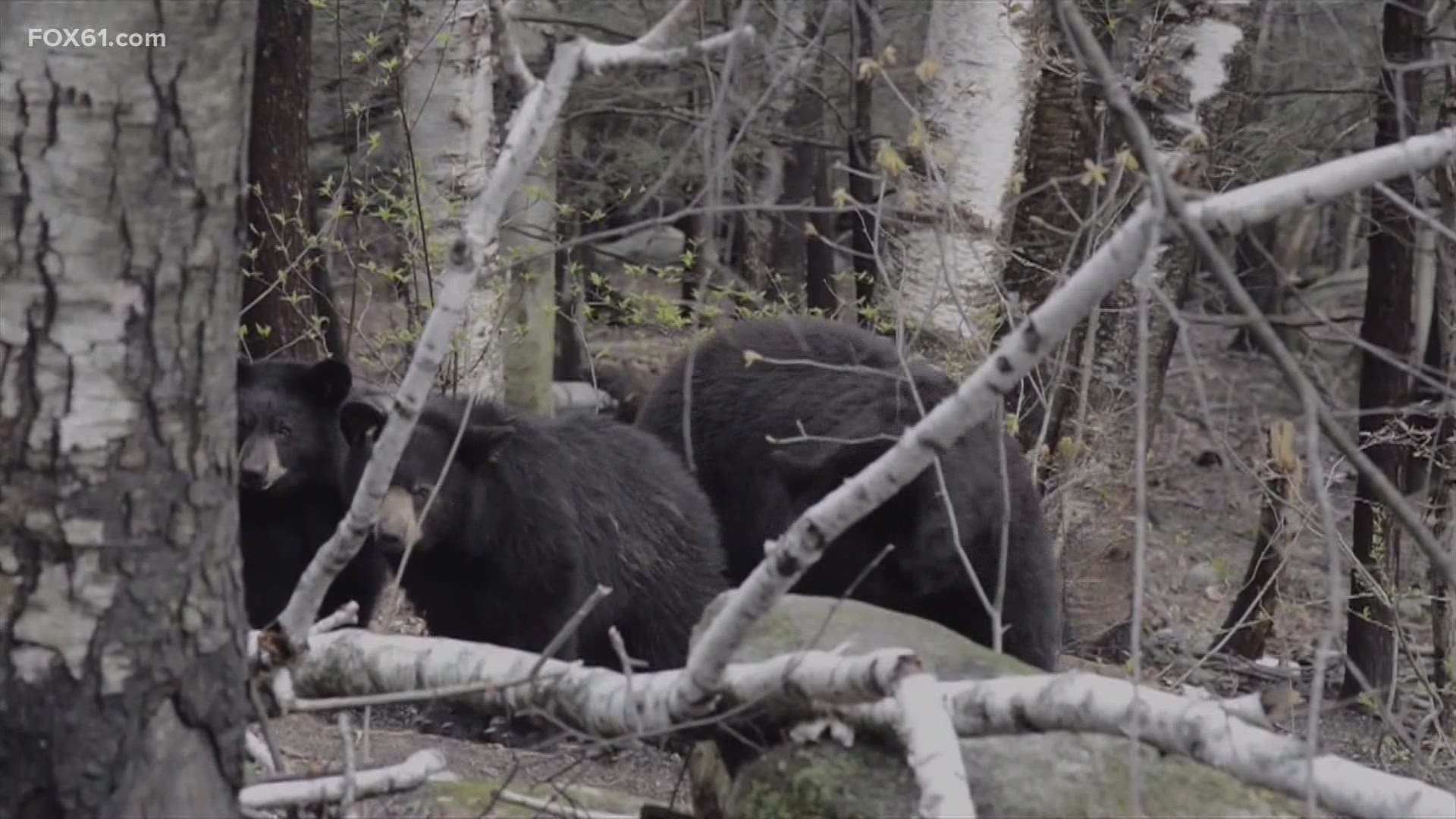 HARTLAND, Conn. — From a Beefalo, to the bears. Residents in Hartland say a controversial wildlife scientist is back in town after vowing to leave them alone. They say Dr. Charles Munn and his business partner, Mark Brault, are endangering the livelihoods of their families by baiting wild animals and charging tourists to take pictures of them. The town is holding a public hearing on the issue next Wednesday night.

But since then, those experiments have evolved into a business. Munn was practicing what he called, 'diversionary feeding.' He said his goal was to reduce conflicts between humans and animals. But when Hartland drafted a no bear baiting ordinance last year, Munn said he was packing his bags.

"The volume of protests grew so loud that I didn’t really want to face that anymore," said Munn, who is the CEO of SouthWild and operates similar ventures in South America.

"They immediately registered a domain name and have been here operating planning to open their business ever since," said Lovell.

The business is called Nature Havens. We pulled their business record with the office of the Secretary of the State. the location is 217 Hi View Road. FOX61 went there but nobody was home. Nature Haven's website does not have a telephone number or address listed. Nature Haven's has no immediately visible signs indicating a business is operating there, but neighbors had many signs posted expressing their displeasure with animal baiting.

"All of this was done in a lot of secrecy," said Lovell.

Owner Mark Brault did get back to FOX61 with a statement that reads, “It is unfortunate that this issue is being motivated by a few neighbors of Nature Havens, who don’t understand the facts. My property was always intended as “open space” as opposed to other options such as affordable housing. Nature Havens is properly registered with the State of Connecticut and is a safe place for visitors to experience nature, as well as animals in a natural setting. As the owner of these 114-acres, I have also spent the last ten years and tens of thousands of dollars out of my own pocket making much-needed improvements to the property to the benefit of all residents of Hartland and beyond. In the last five years, I have worked under contract with the federal government (USDA) to improve habitat for endangered species including the New England Cottontail Rabbit.”

We also took our cameras to the Old Riverton Inn. Adam Towers is the new owner there. He told FOX61 that one day, Brault's business partner Dr. Munn came knocking at his door. "He approached us regarding a partnership with him. We did get some guests of theirs here and we didn’t know anything about the history of what was going on up in Hartland. He would get a call from one of his field biologists and say okay the bobcat is now out." Towers eventually confronted Munn and cut ties with him. Towers said he learned some lessons. "Do more research in an organization when you think about partnering with them."

Town officials in Hartland declined to go on camera for our story but told FOX61 that three cease and desist orders have been issued to Nature Havens. The Nature Haven's website is charging $125 a night to watch bears and $300 a night for a chance to observe a lynx.

"Wildlife should be kept wild. Habituation then to humans and making them less afraid of us and more comfortable coming to us and seeing us as a good source that’s is dangerous," said Hilary Wilson, another Hartland resident.

EXCLUSIVE: From Beefalo...to bears! Controversial wildlife scientist Charles Munn is back in Hartland and residents don’t like it. Now he’s partnered with a land owner to open an ‘eco-tourism’ business called Nature Havens. Residents say wild animals are being baited. @FOX61News pic.twitter.com/vHQJrBp4QW

The State Department of Energy and Environmental Protection also sent FOX61 a statement:

DEEP is aware of an apparent wildlife tourism business operating in the town of Hartland, which is believed to involve baiting in order to attract wildlife, such as bears. DEEP does not have direct jurisdiction over this property but fortunately, the local municipality has an ordinance in place that prohibits the feeding of black bears and they have engaged with the entities engaged in this activity.

DEEP supports the adoption of these ordinances as a measure to prevent negative human/wildlife interactions and has actively conducted outreach with municipal leaders to provide technical expertise and information about the development, execution, and effects of these ordinances.

Wildlife should never be fed, intentionally or unintentionally. Doing so on a regular basis makes animals become habituated to people, and associate humans with food. This leads to wild animals losing their fear of humans, and spending more time in places populated by people, increasing the chances of a conflict that could lead to a harmful and potentially deadly outcome for humans, pets, livestock, and the bears themselves."

Dr. Charles Munn himself did also contact FOX61 through email. He said he was too busy to talk because he is fighting wildfires in the Brazilian rainforest. He said the issue in Hartland is a “minor misunderstanding," and said he would be back in touch next week.