After not being seen for a few days, Buddy has returned back to feed on the grain that has been left for him.

"Buddy" has been missing since August and since then, has gained statewide notoriety.

After a few days of leaving the area set up to safely capture him, "Buddy" returned to feed on the grain that was left out.

Police created a trap to lure "Buddy" into a trailer to capture him. A gofundme was created by police and enough was raised to buy the animal from his owner.

"Buddy" will head to Critter Farm Sanctuary in Florida when he is captured. The rest of the over $7,000 will go to the sanctuary.

Below is the video released on October 6: 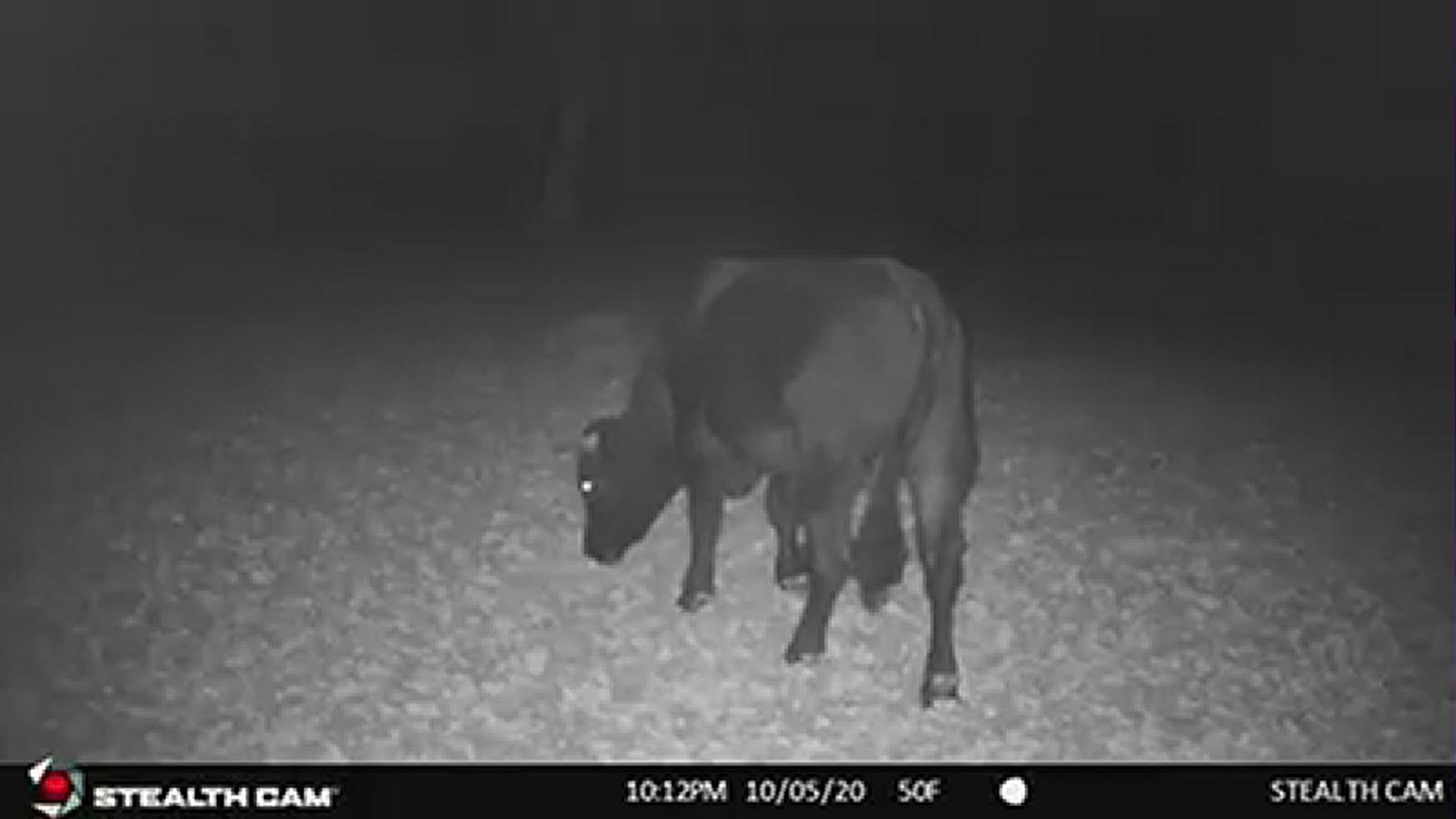