With the help of a gofundme page once captured Buddy will be relocated to an animal sanctuary in Florida. He has been on the run since August. 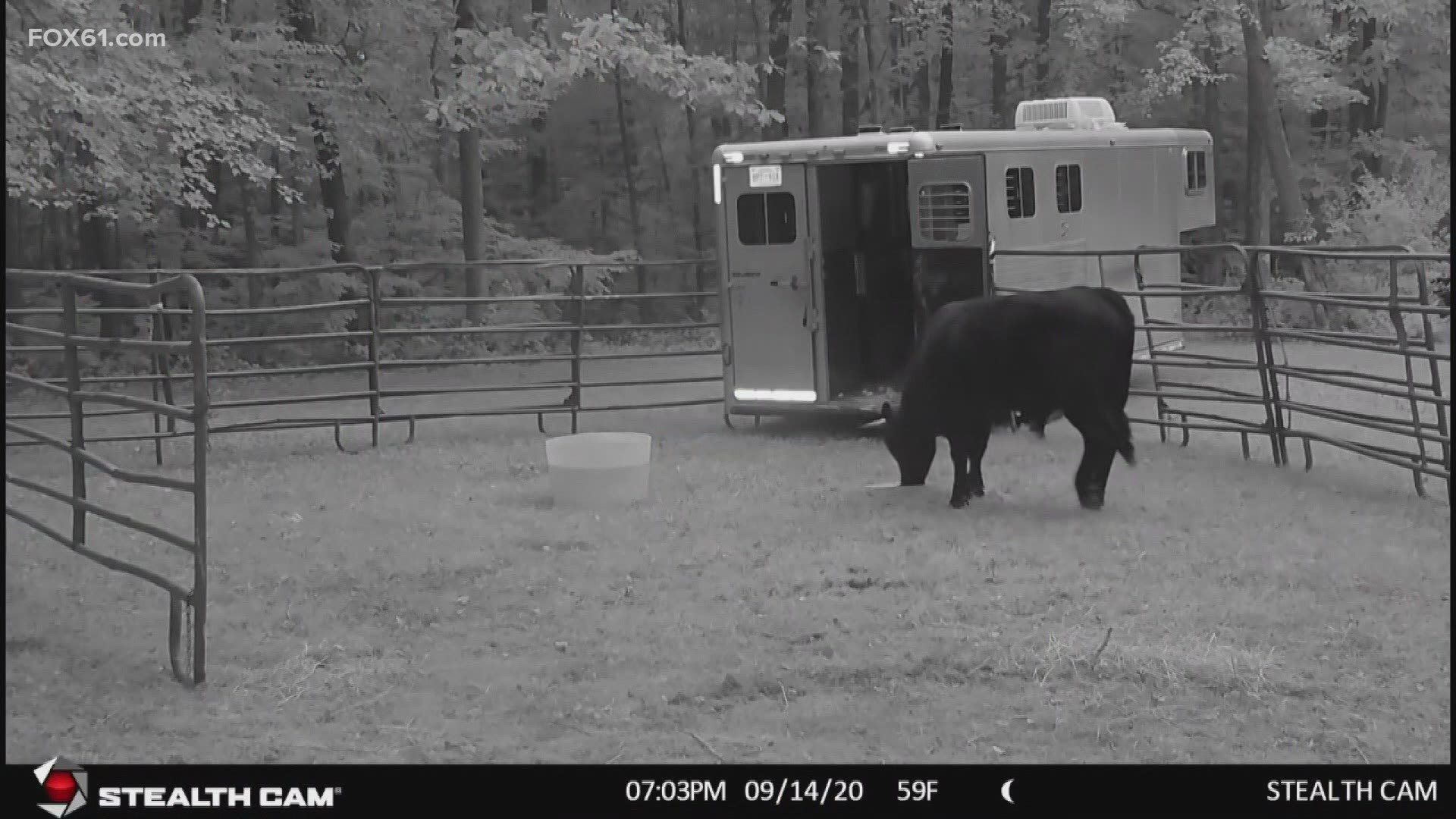 PLYMOUTH, Connecticut — “Buddy” the beefalo has been the talk of the town in Plymouth ever since he got loose back in August. Well over 1,000lbs the cross between a bison and a cow has created quite the stir. Plymouth police have been trying to capture him ever since.

A trailer has been set out in the woods with food to lure Buddy into the trailer. As of Wednesday Buddy had not been captured and officials say it’s going to take some time.

“Buddy is doing very well," said Captain Ed Benecchi. "He’s being fed a great diet of green and corn he’s got a great trailer waiting for him. We’re hopeful that with the fence we’re building he’s going to find a nice home in that trailer very shortly”

With the help of a gofundme page once captured Buddy will be relocated to an animal sanctuary in Florida Critter Creek Farm Sanctuary out of Gainesville Florida, so they want Buddy to go back to his owner so he can get his vet certificate so he is allowed into the state of Florida, this is a new development, so once that certificate has been gotten they’ll come right up from Florida and will transfer them over”

Folks across Plymouth have really rallied behind Buddy, posting signs, selling T-shirts, and even creating a Twitter account.

“Who would have thought, I think it was a great idea, and if he only knew what everyone was doing for him,” said Resident Carole Roy.