Many people in town have been concerned about the animals' well-being in the summer heat. 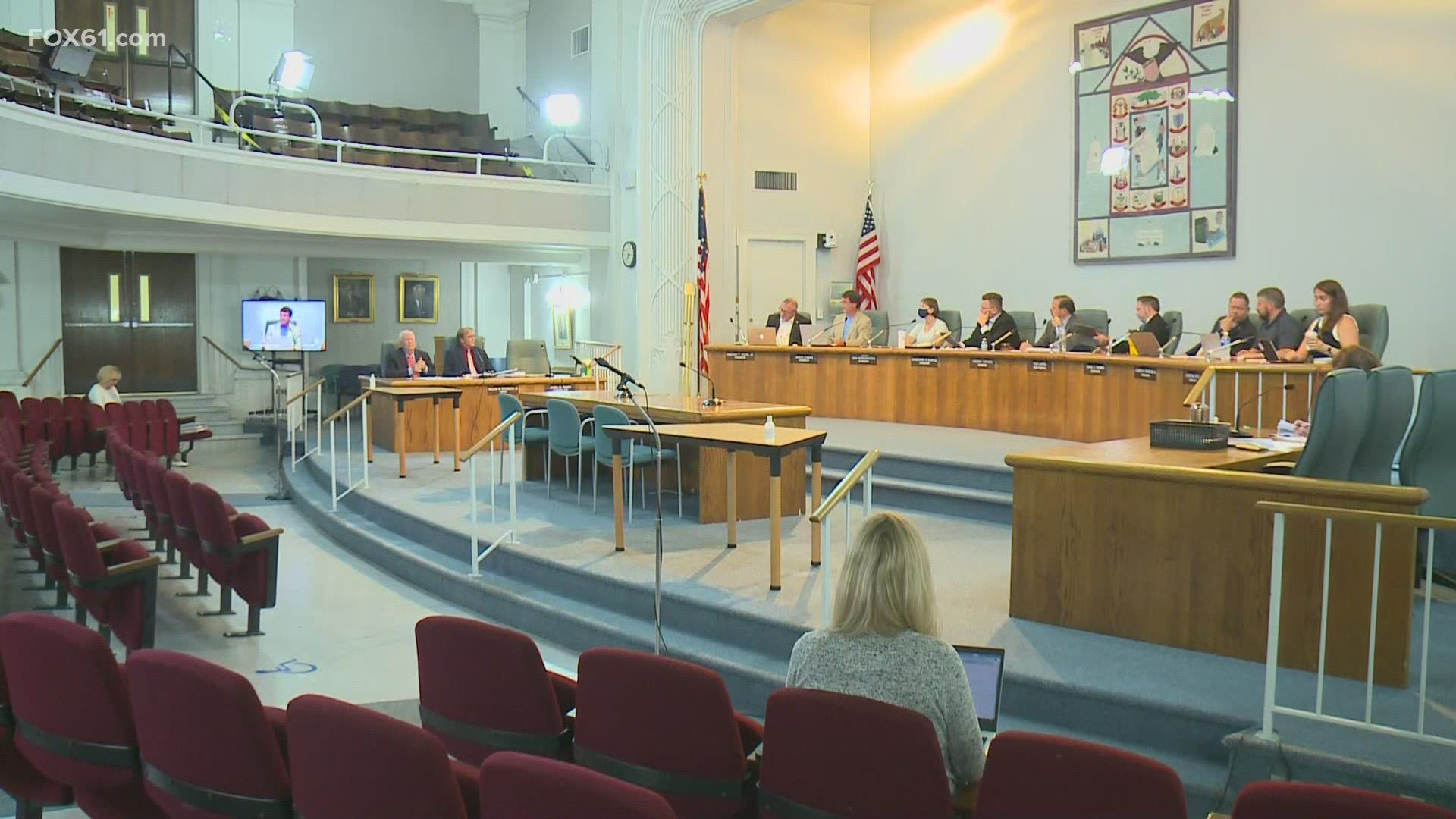 WALLINGFORD, Conn. — Animal lovers advocated for the cats and dogs at the Wallingford animal shelter, during a protest outside of town hall Tuesday evening, calling on the mayor to have air conditioning installed in the kennel area.

"It's hard to explain how badly I feel for these animals," said Bruce Conroy of Wallingford.

Many people in town have been concerned about the animals' well-being in the summer heat.

Tuesday evening, they got the chance to do so, by bringing their concerns to the town council meeting where the issue was on the agenda.

Town council members discussed a $700,000 fund specifically for the animal shelter's use. Years ago, the mayor was given the power to determine how the money is used. It was done so that he could approve the use of the money for time-sensitive issues like emergency surgery for an animal.

During Tuesday's meeting, the council voted to pass a motion to send to the ordinance committee. The motion would allow the town council to also have oversight over the use of the funds.

"The initial fund was established with council oversight, in 93 and the council decided to pass the oversight to the

mayor. It appears to me that unless something has changed with the law or with our charter which I don't believe it has, we have the opportunity and the ability to switch back," said Vincent Testa, a town councilman.

The mayor said the air conditioning is not an issue of funds, but one of process. He said it will first need to be formally requested by the animal shelter and then researched. The mayor's office announced a new animal control officer has been hired and will be consulted about the shelter's needs.

"I would like to hear his advice as a professional before I form an opinion. I might agree with him I might disagree, but I think he deserves the courtesy of being in charge," said Mayor William Dickinson.

Protesters said it's a step in the right direction, but their biggest concern is the animals' well-being.