The health department told FOX61 they are working with a pest management company of their own. They’ve investigated the situation and are waiting for a report back. 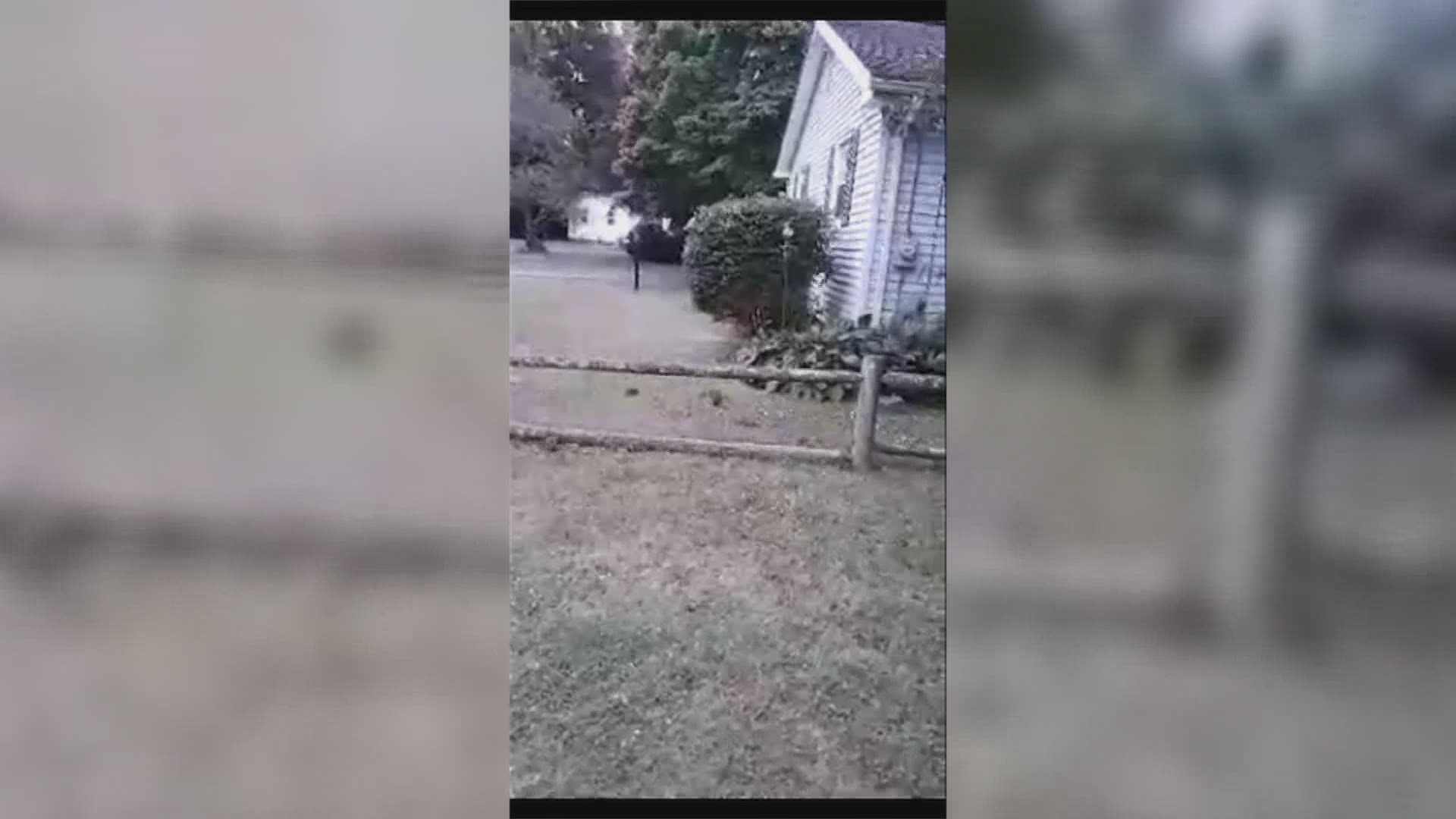 The Director of Health for the West Hartford / Bloomfield Health District Aimee Krause said during a town council meeting Monday, there was no evidence the rats were coming from the old UConn campus. Staff members have been out in the neighborhoods looking for activity.

Krause added the health district sent out notifications to 300 residents asking them to check their properties.

A neighborhood in West Hartford says they are dealing with uninvited guests. Residents are afraid to go outside and they say the town won’t do anything about it.

Linda Franco of West Hartford said the visitors are, "The size of big rabbits." Except...they’re not rabbits. "We became infested with them," she said.

FOX61 got word of the problem on Fox Meadow Lane in West Hartford.

"You can’t go out of your house. It’s horrible," said Franco.

Rats have destroyed the quality of life for residents in the neighborhood. Linda showed us her arm where she was bitten by a rat.

"I reached my hand in to take one of my plants out and it bit me on the arm," Franco said.

That was after she accidentally squashed one outside her door.

"There was a humongous rat right under my foot and I stepped right on him," Franco explained.

Franco says dozens of rats have been feeding on dead animals and the fruit from her pear tree. They’ve burrowed tunnels and holes. It got so bad — the mailman stopped delivering.

"I even told the mailman don’t come to my door this is a bad situation," said Franco.

Franco moved her mailbox to the street. She has soaked mothballs in peppermint oil and she has installed ultrasonic rat repellent speakers.

Linda says the rats finally hopped the nearby stream...and are now terrorizing nearby Montclair Drive. That’s where we found Charlotte Wilkins.

"We’ve lived here 22 years. We’ve never had a rodent problem and then suddenly we were sitting in our back yard and we see three rats," said Wilkins. Wilkins told us the town sent a health inspector, but that he was less than helpful.

"He felt like it wasn’t really the health department problem," said Wilkins. "We were like, well, it’s a health problem!"

Aimee Krause, the Director of Health for the West Hartford / Bloomfield Health District said, "We’ve been educating property owners about reducing food waste...If they see rodent activity we are encouraging them to contact any pest management company."

But residents say that’s not good enough. "We are really worried because we have a lot of kids in the neighborhood," said Wilkins.

Some say the rats are coming from the former UConn West Hartford campus which was supposed to become the innovation hub of a technology company. The deal fell through, and the property is now abandoned and blighted. Others say construction on East Main Street disturbed rat breeding grounds, while others blame it on the pandemic. They say restaurants being closed cut off the food source of rats. Now residents are holding more backyard cookouts and generating more residential food waste.

"I don’t know if they are making their way back to our beautiful restaurants in the center, I don’t know where they are going as long as they don’t come back here I’m fine," said Franco.

The health department told FOX61 they are working with a pest management company of their own. They’ve investigated the situation and are waiting for a report back.