Community event honored the life of the 6-year-old who was killed last week. 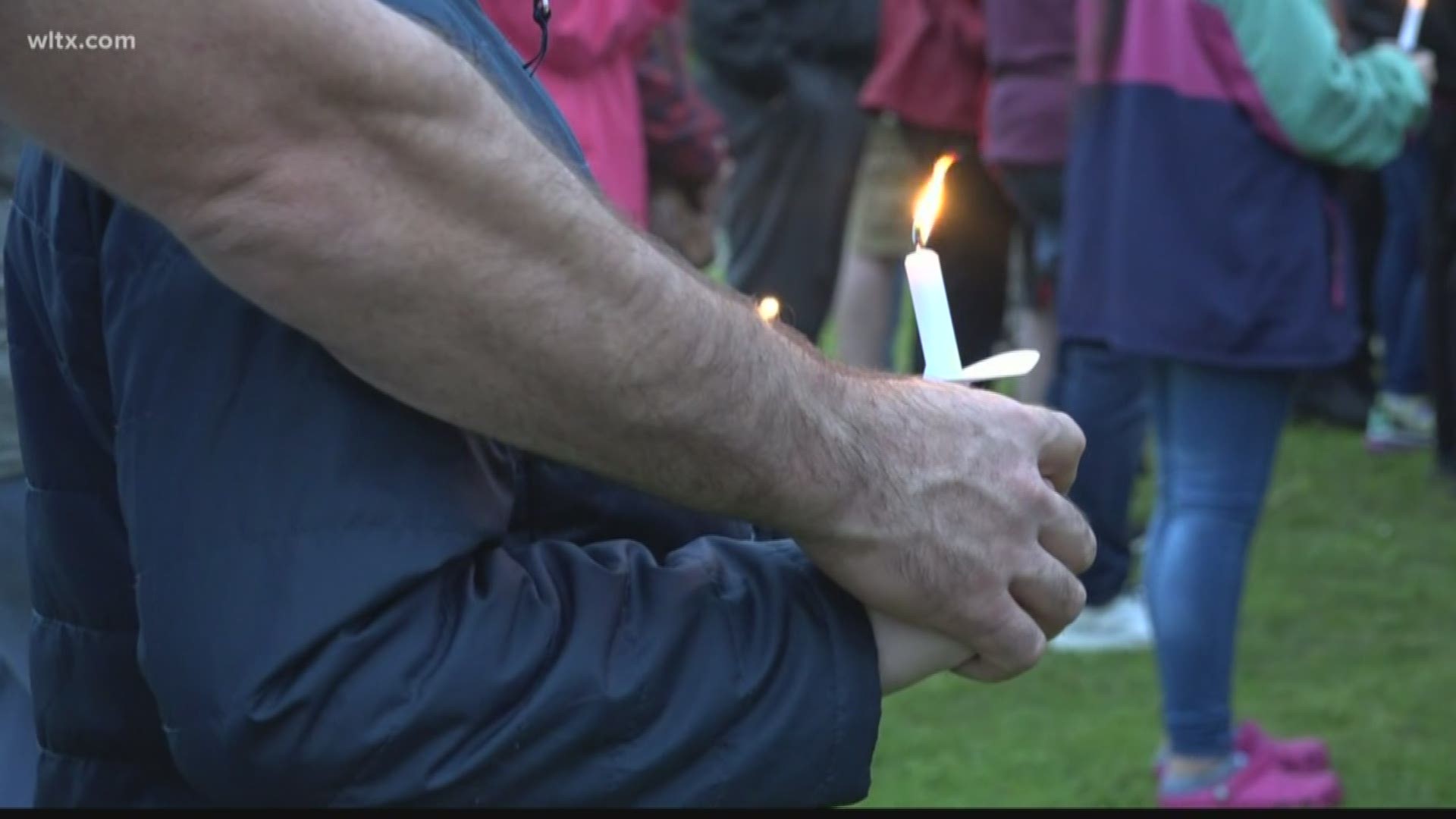 The City of Cayce held a community candlelight vigil Tuesday night in memory of Faye Swetlik.

The even was at the City Hall front lawn, located at 1800 12th Street in Cayce. Dozens showed up at the event where they heard from Cayce Mayor Elise Partin and other officials. Partin thanked the public and first responders.

Swetlik's family was at the vigil as well. During the ceremony, everyone held candles provided by the city.

Swetlik vanished outsided her home in Cayce on February 10. Nearly three days later, she was found dead in the woods behind her home. Officers said hours before the vigil that she'd been killed by a neighbor.