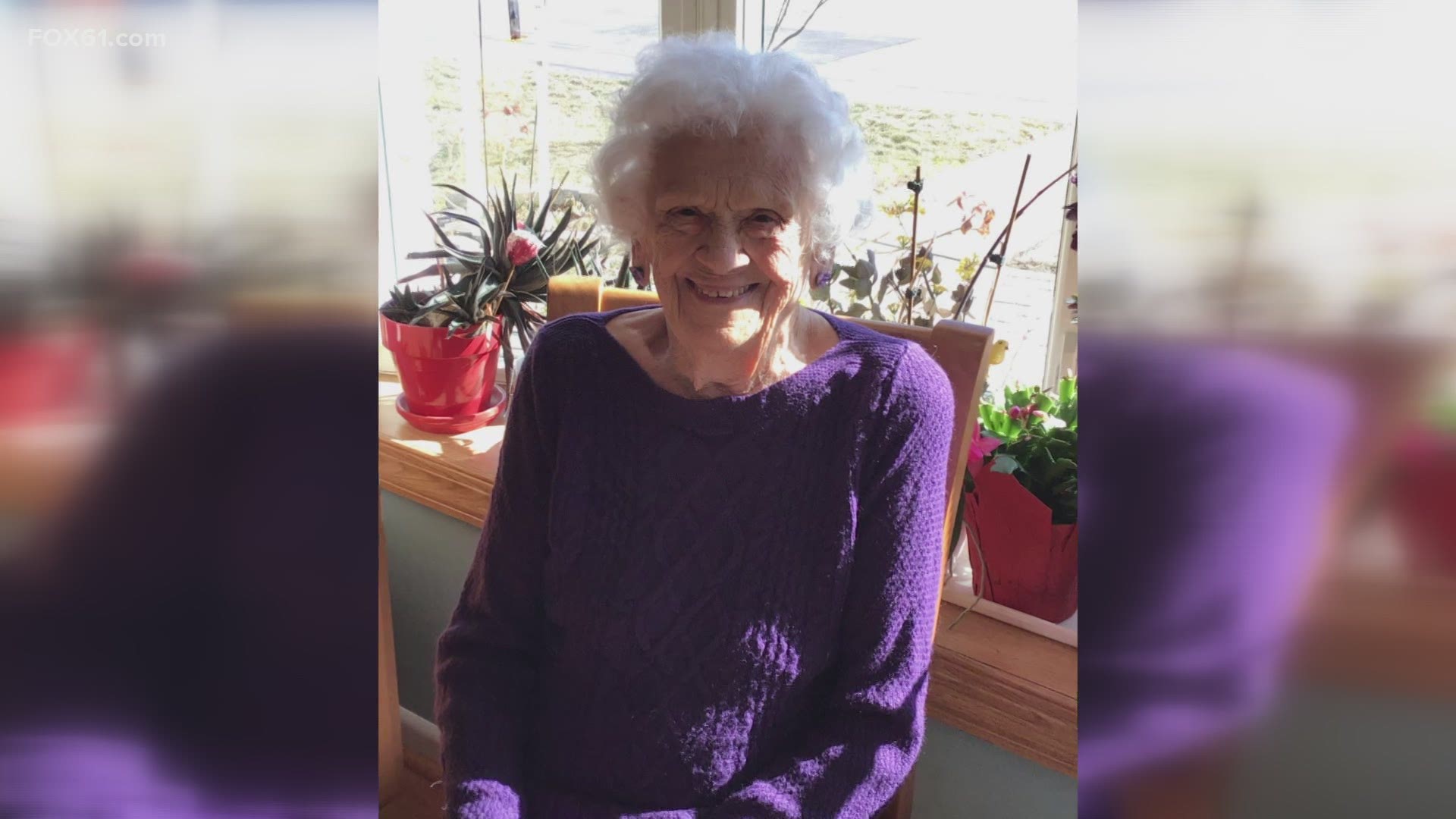 GROTON, Conn. — The month of March of course marks some pretty big milestones and anniversaries. For one Connecticut family though there is a very big milestone this month and it’s a joyous one, a 100th birthday!

March 25th, 1921 the day Rose Scheetz was born. Just a couple weeks from now her family preparing to celebrate her one-hundredth birthday.

Living at home with her daughter, the now 99-year-old has maintained her independence and her sense of humor. I asked her how it felt to be turning 100.

“I haven’t experienced it too long so I don’t know too much about it,” said Scheetz.

It was love that brought her to Connecticut from Pennsylvania. She moved to Groton in 1945 with her new husband who was set to be deployed with the navy. After that, they never left the area.

Married for 52 years before he passed in 1998. When it comes to her advice for others, this is what she had to say: “Try and get along, live a better life. Me and my husband we never fought, we never fought a lot,” said Scheetz.

While she certainly has slowed down over the years, her daughter believes she still has years to live.

“If you can believe this they just put a pacemaker at 99. She’s not on any medication, except one high blood pressure pill. But other than that she’s on no medication, so they put a pacemaker in her so she actually could love to be 116,” said Lorry Scheetz, her daughter.

Rose can hardly believe this milestone herself. “My doctor said to me I’ve got to have someone make 100 for me, you may make it. The one before me died the day before she became 100 so he said you better make it,” said Scheetz.

With just over two weeks until the big day her family is finalizing those celebration plans. While they can’t have the big party they were hoping to, they’re hoping to have some kind of drive-by celebration.

“The pandemic is hard because her grandkids love her and they can’t come see her because they all work and they’re all afraid of giving it to her. But now that she’s been vaccinated I think they feel a little better,” said Lorry.

So what's the first place Rose will visit as a 100-year-old when it’s safe to do so? One of the nearby casinos.

“My dad always told me to keep the battery in the car running and take her to the casino,” said Lorry.