Pizza as CT's state food? Proposed bill would make it so

"Connecticut is good at two things, we complain a lot, and we love to eat pizza," said Caplan. 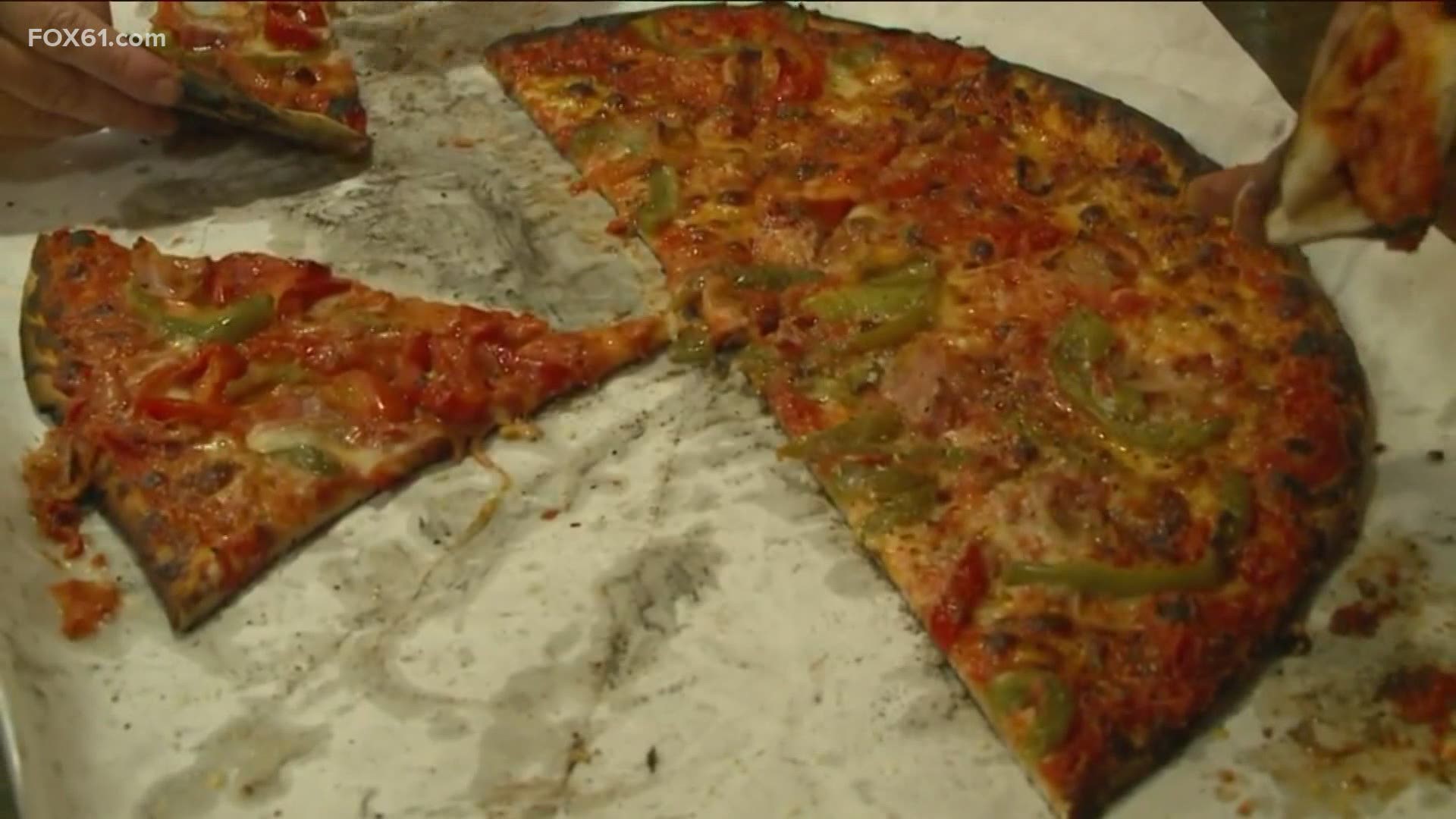 NEW HAVEN, Conn. — Could Connecticut soon have a new state food, and could it be... pizza?

"The pizza bill," said Colin Caplan with Taste of New Haven. "It's to make pizza the Connecticut state food!"

Caplan says he was was taking a shower one day, when he thought to himself... pizza should be our state food. That thought, then prompting him to bring this idea up to lawmakers.

"I think it's going to happen," said Caplan. "I think we've got the best chance because we have the best pizza in the world!"

Proposed house bill 5656– aka "an act designating pizza as the state food," was introduced by Representative Patricia Dillion and Senator Gary Winfield, and as of right now, it's waiting to be voted on.

"Most people travel from miles, hours away, to try our pizza," said Caplan.

For instance, FOX61 spoke to a man named Bunn. He doesn't live in Connecticut but says he is often here for work. So, when we asked him what he thinks of the pizza in our state, his face lit up.

As for locals, they too agreed that Connecticut serves up a pretty mean pie.

"I mean, that (the bill) sounds good to me," said New Haven resident, Aaron McCall. "Our pizza is great, we have Pepe's, we have Modern, we have some good spots. It didn't originate here, but we can make it our home."

"Connecticut has the most mom and pop pizza shops than any state," said Caplan. "We have the most pizzerias per capita, so it's the whole state."

As for other state food contenders, like the lobster roll, and the hamburger-- Caplan says, those still don't beat our pizza.

"Connecticut is good at two things, we complain a lot, and we love to eat pizza," said Caplan. "So, there's going to be a pizza bill, and it's going to happen, and we need to vote for it."

And when asked what we complain about most?

This debate is also taking social media by storm.

And while we are talking social media, so many of you all have been weighing in on our Facebook page! Keep the comments coming because we want to hear your thoughts.