After seven long years of waiting, Ginger has found her forever home! 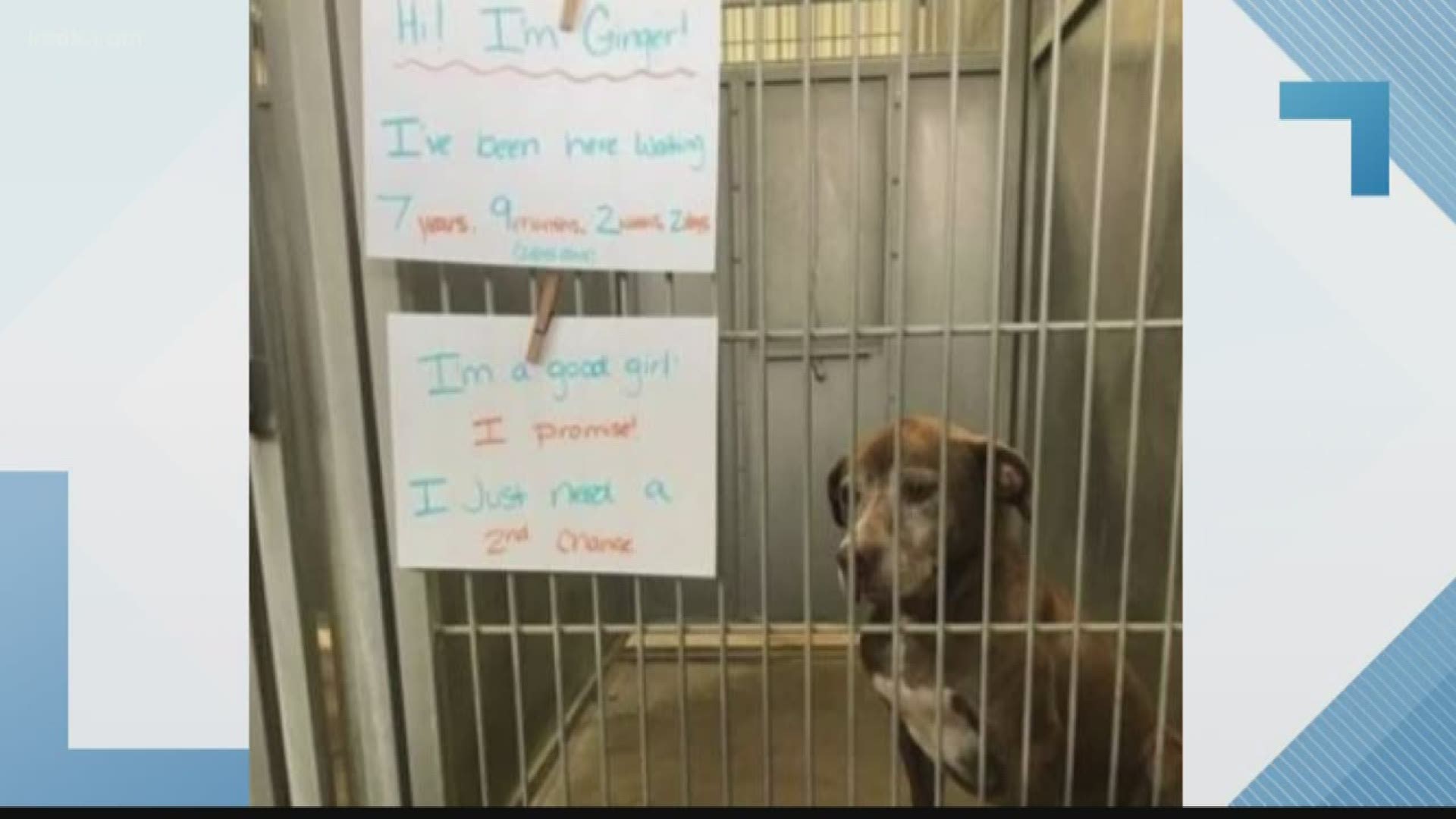 OSAGE BEACH, Mo. — A shelter dog who has been waiting seven years to be adopted has received an outpouring of support after her story was seen by hundreds of thousands of people this week.

On Tuesday, a photo was posted showing Ginger the Labrador retriever mix sitting in her kennel at Dogwood Animal Shelter.

Since the post went viral, adoption applications have come in from all over the country and finally, after seven long years of waiting, Ginger has found her forever home!

Dogwood Animal Shelter in Osage Beach, Missouri announced Friday afternoon that Ginger had been adopted by someone who has experience with dogs similar to Ginger and lives in a home that is perfect for the very good girl.

A photo shared on Facebook shows Ginger sitting proudly outside the shelter next to her new human.

"We’re very grateful to those who cheered us on and kept the faith that Ginger would finally have the loving, comfy home she deserves!" the shelter wrote on Facebook.

RELATED: An A+ gesture: Student offers to give test points to classmates with lowest score