She was the 400th heart transplant patient at Children's Healthcare of Atlanta. 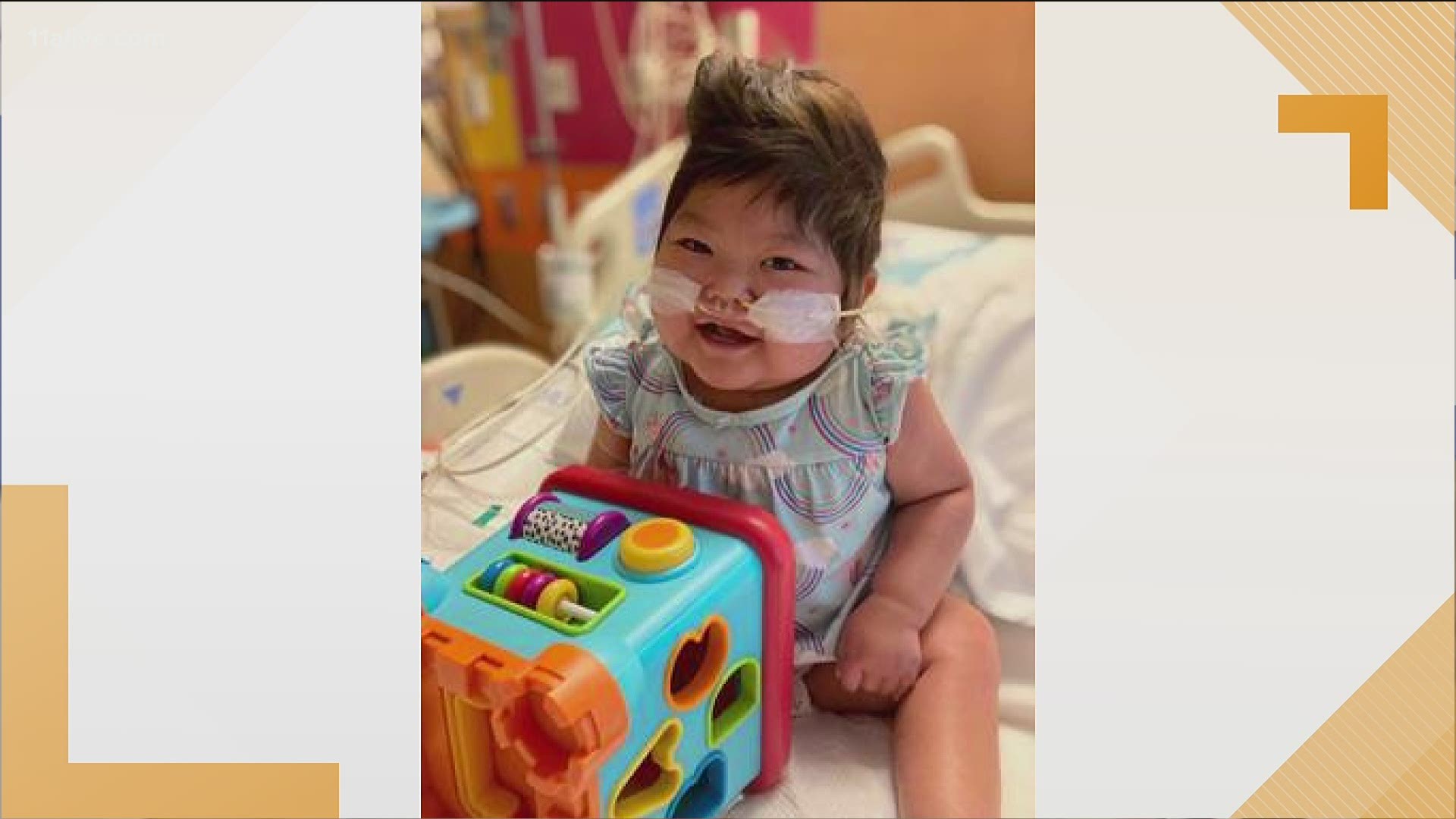 ATLANTA — Two-year-old Rynli Harris is all smiles after receiving a gift of life with a new heart, months ahead of schedule at Children's Healthcare of Atlanta. Hospital officials are also grinning ear-to-ear because it was their 400th transplant.

“We were told that we might wait up to a year and we were terrified we might not make it to that,” said Tamara Harris, Rynli’s mother. “There’s not words for hearing your child can live and that somebody would, in the midst of the most unbearable grief and pain, would choose life and what that would mean for our daughter.”

This was just a bump in the road for Rynli, and she is getting stronger every day. Doctors say her personality and giggles are coming back.

When Rynli was 2-months-old, she was left outside a hospital in China by her biological parents with a note explaining that she had a very serious heart condition and they had run out of funds to get her the medical care she needed.

She was adopted by Tamara and Justin Harris when she was 10-months-old after they learned about her story through a adoption advocacy group they joined after adopting a child from China.

In September last year, her heart failure began, and she was placed on a transplant list in November.

The very first transplant was performed on July 16, 1988 by Dr. Kirk Kanter. It was also the first pediatric transplant in the state.