Send the Love: Sound of Music

Most of what you see was all shot on an iPhone! 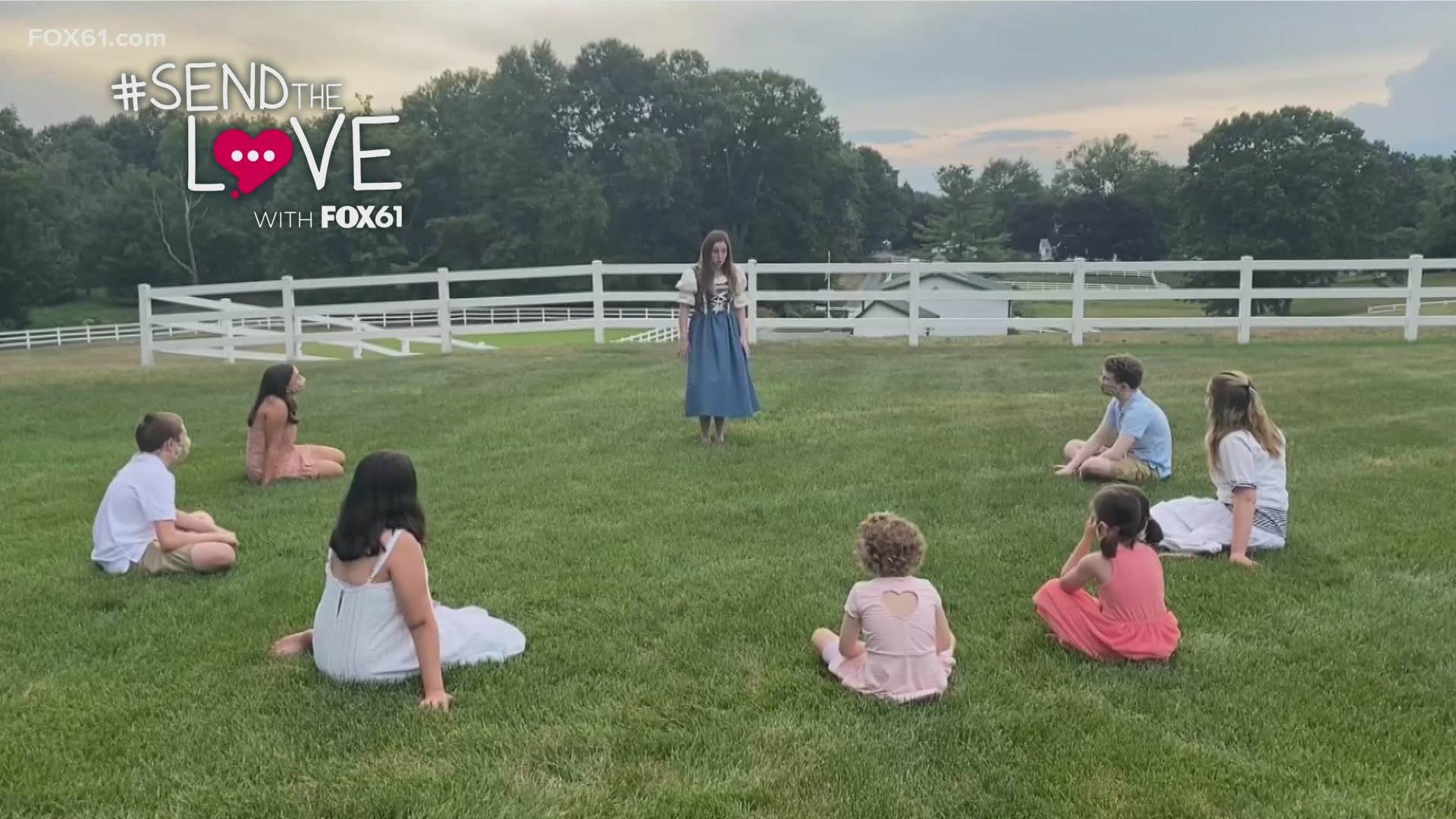 WEST HARTFORD, Conn. — We can't say it enough, the world is different now because of the COVID-19 pandemic. However, a lot of people have been coming together to keep certain traditions alive in a new and safe way. Students at Northwest Catholic High School worked to create a program called “Soundtrap.”

Each student was able to lay down their individual audio track, recorded into their phones or computers, and then, Sara Avery, the Chair of Performing Arts and Production, who is also an English teacher at Northwest Catholic High School, was then able to assemble them into a finished vocal track.

To make the video seamless, students lip-synced to the track when they did the filming. In some instances, the students self-recorded at home and sent in the video. In other cases, they were able to meet at Kasheta Farms in South Windsor, and played the track through speakers and did about three days of filming in person.

From there, they used video editing software to match up the audio and video and add the finishing touches. Avery said it was a very slow process because it’s nothing they had ever done before, and our equipment is not designed for this. Avery said, if you can believe it, most of what you see in the performance of Do Re Mi was filmed on an iPhone!

For a full link at the clip, head here!