Arceneaux will be one of the four on Space X's Inspiration4 flight. 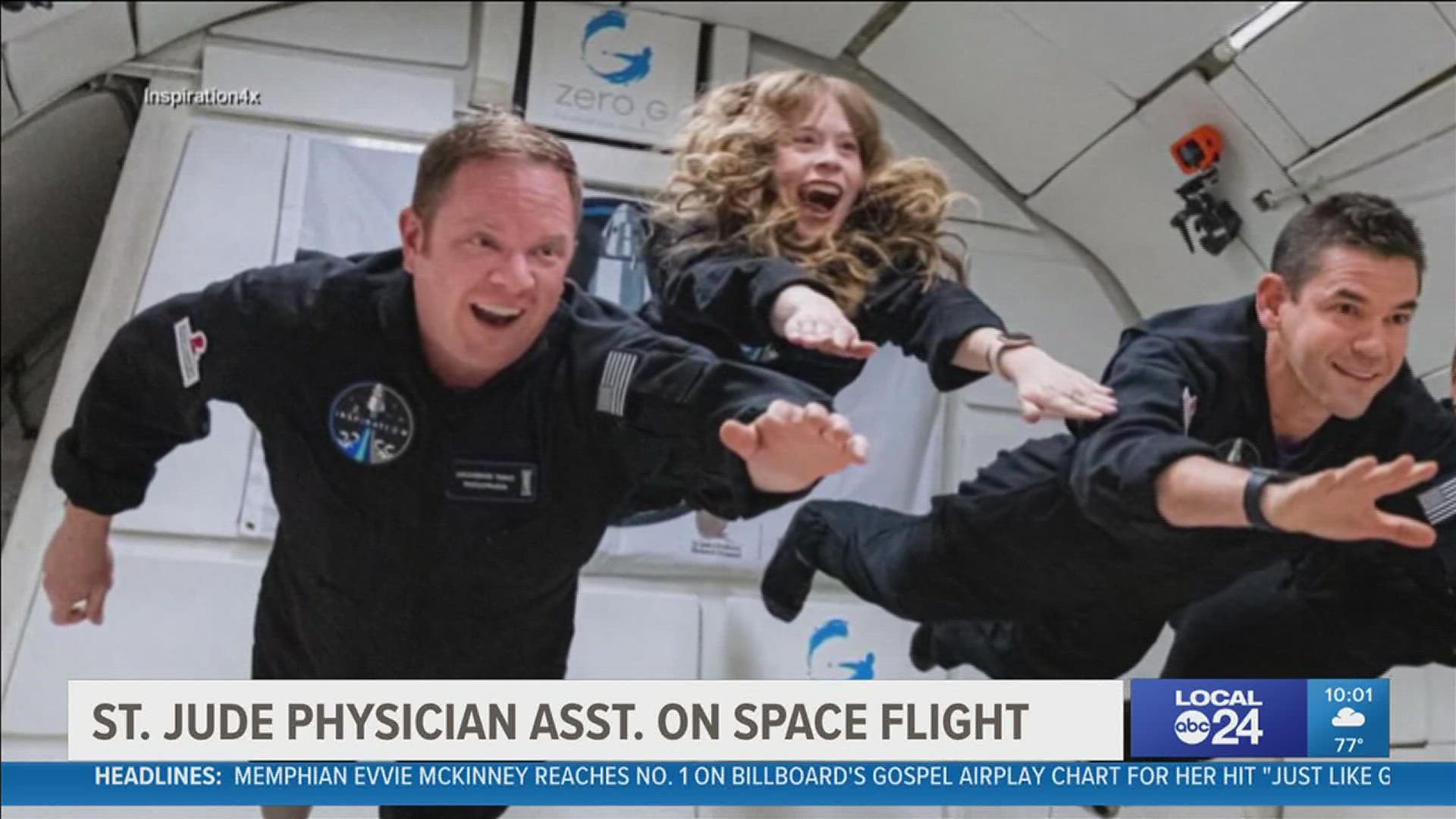 Arceneaux, a former St. Jude patient, received a call in January asking if she would like to join the first all-civilian space flight. She couldn't say no.

"I’m just so ready," Arceneaux said. "Ever since I got this call out of the blue to go to space I just felt ready to go."

Her fascination with space began shortly before her cancer diagnosis at 10 when she visited the NASA space center with her family. She credits St. Jude for helping her accomplish this dream.

"St. Jude is my whole world," Arceneaux said. "I’ve known since I was 10 years old that I wanted to work at St. Jude and over a year ago I got my dream job."

On this historic all-civilian space mission, 29-year-old Arceneaux will be the first pediatric cancer survivor with a prosthetic and the youngest American to go to space.

"I’m honestly most excited about that because I just think about the kids that are going to come after me and what this is going to mean to them," Arceneaux said.

The goal of this mission is to raise $200 million for St. Jude so others, like Arceneaux, can reach for the stars, too.

History is here and you could be part of it. In 24 hours, the @Inspiration4 crew starts their launch to space. We hope you'll join us in support of #Inspiration4 and our fundraising goal of raising $200M #forStJude. https://t.co/38ohbsgIEW pic.twitter.com/1ydYbAeETA

"We’re doing this for them," Arceneaux said. "I’m so excited about the $200 million that we’re going to raise for St. Jude and all the awareness of what an incredible place St. Jude is, but we’re also giving these kids hope and hope is priceless."

To donate to this mission benefitting St. Jude, you can find it here.