After 12 surgeries, Chloe Griffin became anxious about trips to the hospital. But then she met Cookie, and her life was forever changed. 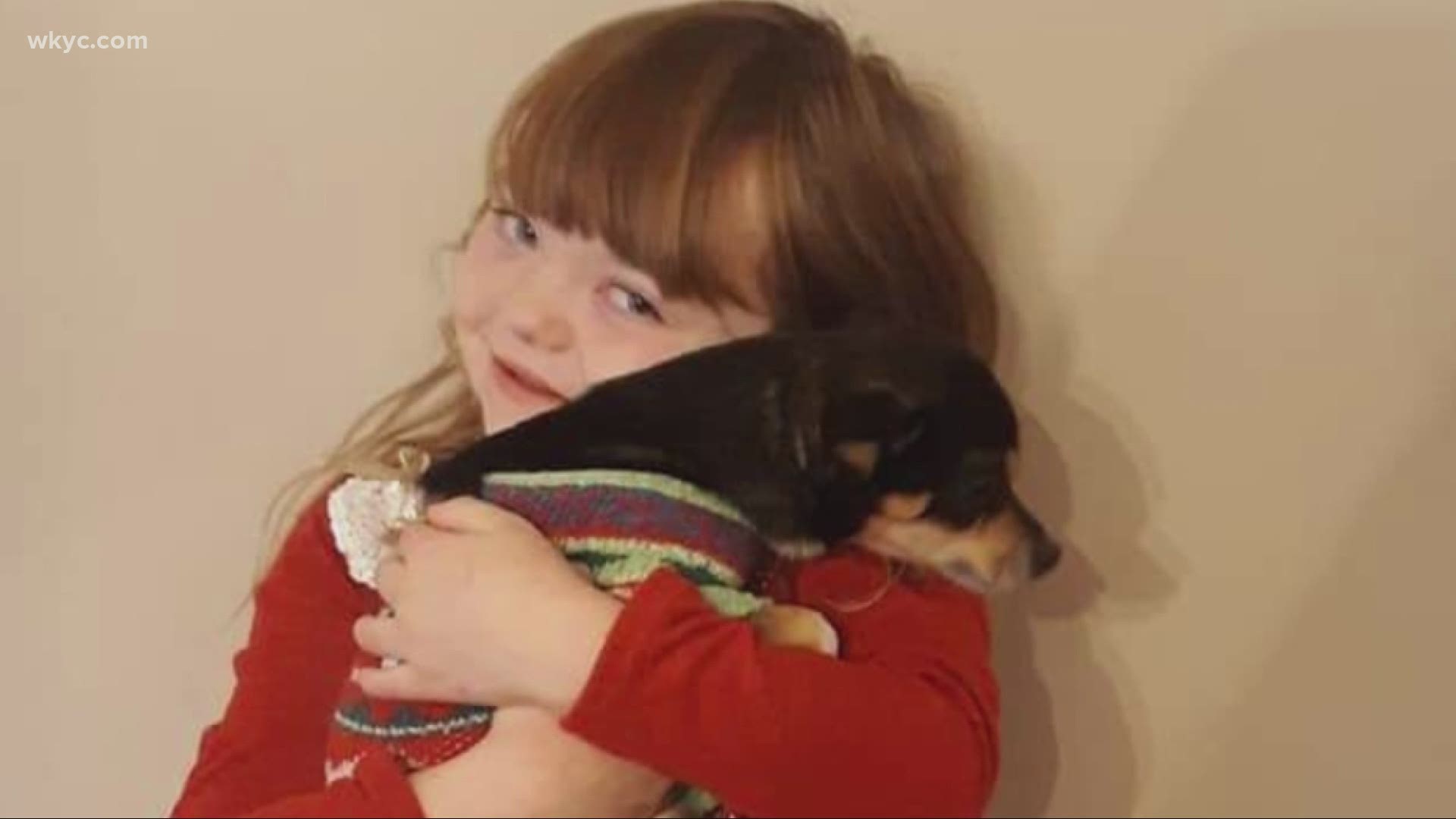 WICKLIFFE, Ohio — They say a dog is a man's best friend, but that's also true for a 9-year-old girl from Wickliffe named Chloe Griffin, whose dog, Cookie, came during a time where she needed her most.

Chloe is dedicated to animals as a volunteer at Lake County Humane Society. She's also a spunky ray of sunshine. But, she's also been through a lot: 12 surgeries since she was born.

“The last (surgery) was actually December of this year. It was my bone graft, because of my cleft lip," Chloe told us.

“Her upper jaw was in two pieces. So, they took from her right hip and they put it into her gum," Chloe's mom, Tammy Griffin, said.

“It scared me an awful lot," Chloe recalled.

Major surgeries were painful, and Chloe's anxiety was getting worse.

“Last year was really rough for her. It was when she knew that this surgery was coming," Tammy said.

"I was panicked," Chloe said.

"She was pretty panicked for most of last year," Tammy said.

For Chloe's last procedure, the family picked Shriner's Hospital in Chicago. But the morning of the surgery, a setback: Someone from the surgical team was exposed to COVID-19. They had to push Chloe's date back.

The delay, turned out to be fate.

“And actually we adopted Cookie the week that we were supposed to be in Chicago for Chloe's surgery. So if we had been there, we wouldn't have adopted Cookie," Tammy said.

While volunteering, Chloe noticed a little dog. She was shaking and nervous, just as Chloe had been for the past year.

"She sat on my mom's lap and trembled for about, like, half an hour," Chloe said.

Chloe was in love! But Cookie became more than just her furry friend:

She eventually had that surgery, but this time, it wasn't so bad. This time, Chloe was by her side.

Ever hear of the saying: Who rescued who? Just look at Chloe and Cookie, whose love makes it clear, they rescued each other.