Nearly 50 families will be receiving gifts for each family member and a turkey dinner with all the trimmings from the Angel of Edgewood. 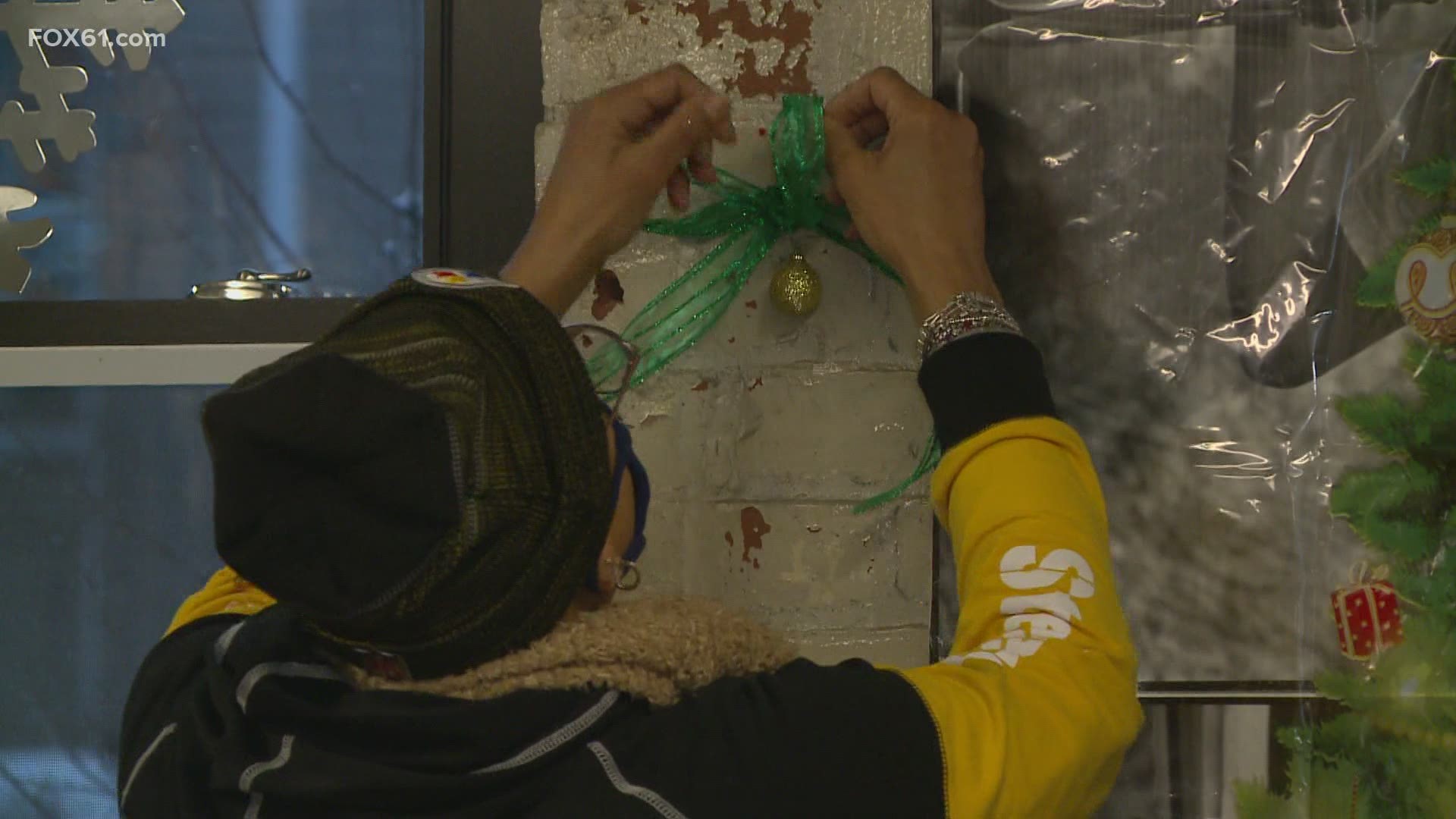 HARTFORD, Conn — The "Angel of Edgewood" has taken operations to 10 Love Lane, Hartford inside the old Swift building. FOX61 first told you the story of Jendayi Scott-Miller, 42, who was cooking 300 meals a week for families in need during the pandemic while also battling cancer. With help from countless volunteers, supporters and our story Jendayi has created a non-profit, bearing her nickname, the Angel of Edgewood.

"Making a phone call to the Angel of Edgewood is like calling 211 in this community," said Callie Bostic-Garner.

A call that is always answered. No matter what time of day or the situation, Miller and her team of volunteers will be there. This Christmas the Angel of Edgewood organization launched Project: Angel Wings. A toy drive for children and adults with disabilities.

"We have some families that are blind, who have multiple sclerosis, so whatever the disability is we’re trying to make their holiday special," said Miller.

Nearly 50 families will be receiving gifts for each family member and a turkey dinner with all the trimmings from the Angel of Edgewood. They will arrive during scheduled time slots between 10 am and 8 pm Monday to receive their specially tailored gifts and take photos with Santa.

"We have families who are coming from as far as Stanford tomorrow who emailed in and they were just overjoyed," said Miller.

That joy was almost ripped away. Thieves broke into a U-Haul stealing many of the gifts meant to be wrapped and delivered to the children. Miller quickly rallied with her donors and volunteers.

"Not only did they replace what I was missing but I was able to contact even more families," said Miller.

The Angel of Edgewood hasn’t stopped providing food and goods to families in need either. Miller has outgrown the five-burner stove in her home kitchen. She now has three industrial kitchens to cook over 3000 meals a week.

"We will go to the different districts around the city. Our intention is for the Angel of Edgewood truck to pull up and people just walk up and get the food," said Miller.

One of those recipients is Ashley Walker. The Hartford native recently came down with COVID-19. With no family to help, she turned to Miller.

Miller continues to battle cancer and receive regular treatments. Even though her family and friends have asked her to slowdown, she says this work is what keeps her going.

"Life is too short," said Miller. "This year has been a rough year for so many people and there’s no room for hate or malice. We only have time to love and that’s the only thing I have time for on my watch."

Miller is at her non-profit nearly 24-7. If you’re ever in need of help, you can stop by 10 Love Lane for a quick meal or reach out to Miller personally.

You can message the Angel of Edgewood Facebook page (https://www.facebook.com/angelofedgewood), email jendayi@angelofedgewood.org or call Miller at (224)-258-9497.