Many are expected to deck the halls earlier this year since it has been a tough one. 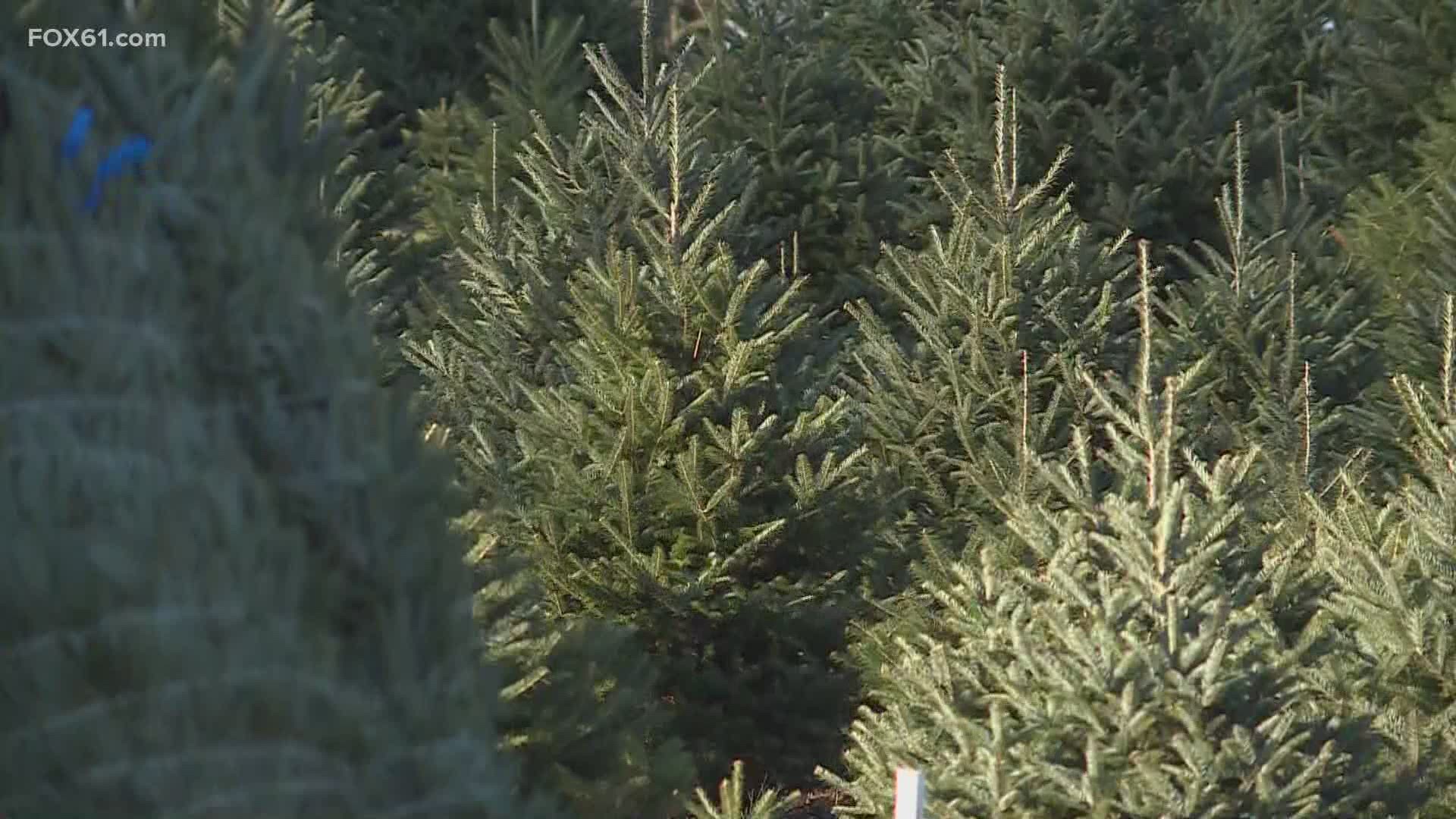 CONNECTICUT, USA — Studies have shown decorating your home for Christmas can be a great mood booster.

Many are expected to deck the halls earlier this year since it has been a tough one. Workers at Krogut's Hemlock Hill Tree Farm were preparing for the big opening day for Saturday.

Kathy Kogut, executive director of the Connecticut Christmas Tree Growers anticipates a large crowd with the assumption families could use a little cheer this year.

"We feel people are anxious to get their trees and we’re trying to separate the crowds," said Kogut.

Kogut offered this tip for anyone who is looking to purchase a real tree earlier this year to make sure it lasts into December.

"Well, we experienced a drought this summer, so the trees are a little drier than normal. Thank goodness we had a couple of nice frost which hardens the tree off, but it’s most important that you make a fresh cut on the bottom of the tree and put it in water and never let water go out of your way," added Kogut.

Approximately one-thousand trees will be available to be sold at the farm.

Another tree fanatic is the Sanders family in Wethersfield.

"Growing up in new Britain and as a kid being mesmerized by driving around and seeing the extremely well lit, well decorated houses," said Bill Sanders of Wethersfield.

Since 2004, their front lawn has been notorious for its extravagant decorations.

"You have the reindeer, you’ve got kind of a Santa land, you’ve got the North Pole with the igloo and all of the figures there," added Sanders.

He started in October and each year, they try to make it bigger inside and outside but with less guests invited this year, the Sanders are keeping it simple.

"I’m working on the sixth tree inside. I put up eight, but I don’t think I’m going to do quite as much because we’re not able to ... last year we probably had close to 300 people in the house and we certainly can’t do that," said Colleen Sanders of Wethersfield.

The Kogut's Hemlock Hill Tree Farm hosted their first drive-by tree lighting ceremony Friday evening where Santa waved to all the cars that drove  by.