Knights, Norse Gods & triskaidekaphobia | The stories behind Friday the 13th

Friday the 13th has a long-running reputation for being the day where nothing goes right. But why? 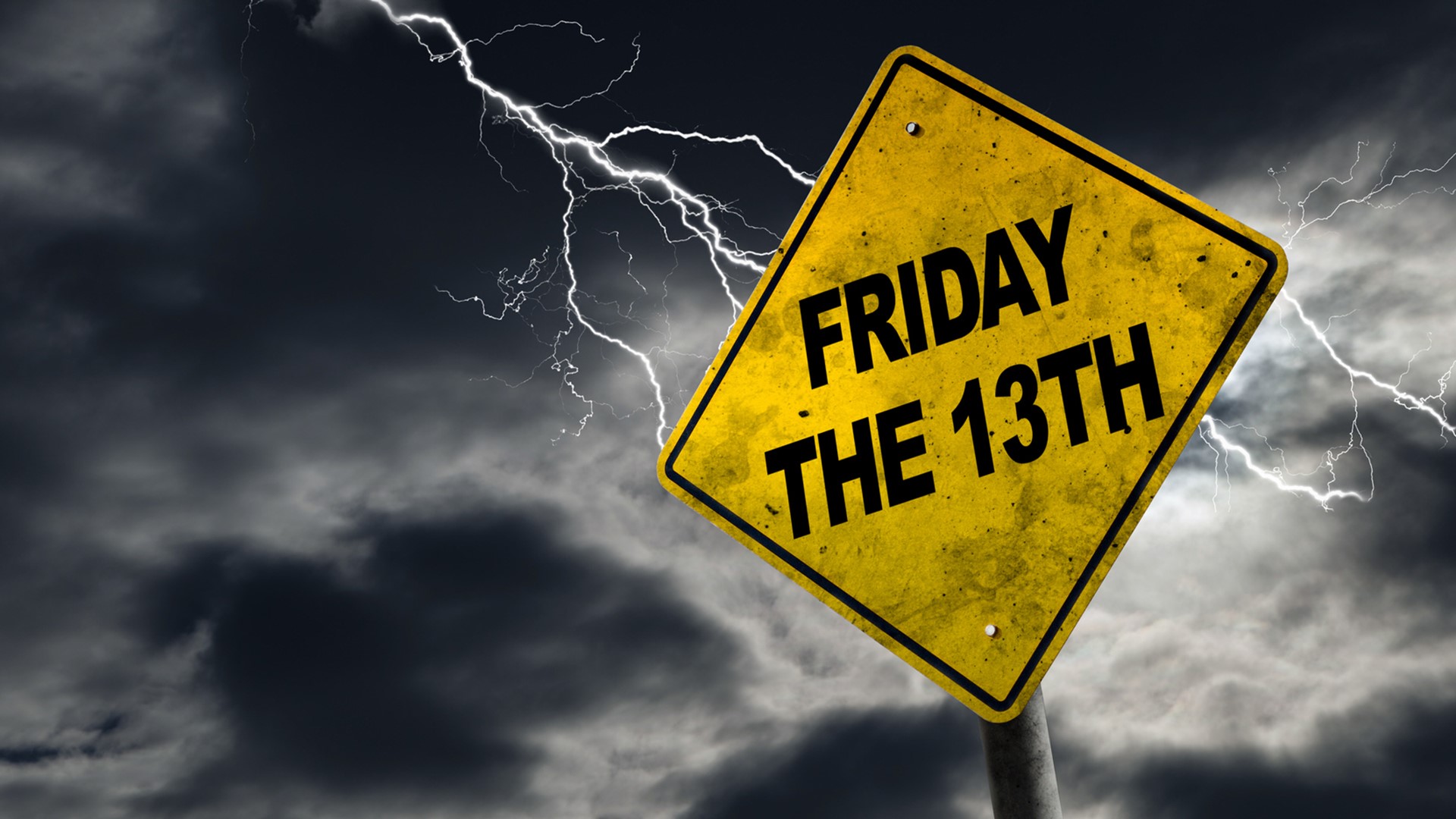 WASHINGTON — Friday the 13th has a long-running reputation for being the day where nothing goes right.

Typically, the 13th will fall on a Friday one to three times a year. The next year we will see the superstitious day three times will be 2026, in February, March and November.

Many countries around the globe consider Friday the 13th to be unlucky, tied to unfortunate events. Franklin Roosevelt was said to be terrified of the rare date. He would avoid traveling on Fridays in order to avoid it. But why?

There is no official reason as to why Friday the 13th has been labeled an unlucky day, though there are many theories that span various cultures, countries and religions.

According to the Old Farmer’s Almanac, one theory for the day's superstitious origins has to do with triskaidekaphobia, otherwise known as the fear of the number 13. Millions of people in the world suffer from the number-based phobia, including prolific horror author Stephen King.

The Old Farmer’s Almanac theorizes the combination of triskaidekaphobia and the fear of Friday likely combined around the late 1800’s and created apprehension to the rare day. There is no clear mention of Friday the 13th being unlucky mentioned in published works before that time period.

Friday the 13th is also theorized to have roots in Christianity and Norse Mythology.

In Christianity, many connect the number 13 to Jesus and his 12 disciples and specifically to the last supper, in which Jesus of Nazareth was later betrayed by Judas, the 13th guest. He would be crucified by Roman soldiers on Good Friday.

In Norse Mythology, Loki the God of Mischief was not invited to a dinner with 12 of the Norse gods. He showed up anyways and a fight ensued, which killed one of the most popular gods, Baldur, Thor’s brother. No word on if Disney+ and Marvel plan to cover this event in a later phase.

One of the most popular theories links Friday the 13th to the fall of the Knights of Templar, a Catholic medieval military.

On Friday, October 13, 1307, French King Philip IV attacked the group, accusing them of heresy, corruption and performing forbidden practices; 54 of the knights were burned at the stake.

According to the Old Farmer’s Almanac, the order’s leader Jacque de Molay maintained his innocence and yelled out “God knows who is wrong and has sinned. Soon, a calamity will occur to those who have condemned us to death.” Many believe those words and his death put a hex on Friday the 13th.

It Isn't All Bad

Many who were born on Friday the 13th believe they are immune to any of the day’s negative effects.

In some cultures and countries, Friday the 13th is a normal day and instead a different ill-fated date is considered unlucky. In Italy, be careful on Friday the 17th.

A lesser-known tradition on Friday the 13th is celebrated in the tattoo community. Shops across the country often use the date to offer flash deals to clients, which typically involves a sheet of group designs to choose from. Some shops will offer the flash tattoos for $13 but prices differ from shop to shop.

According to a Vice report from 2017, the tradition is credited with being started in Dallas, Texas by tattoo artist Oliver Peck in 1995.

Not all tattoo shops celebrate the holiday by offering flash sales. Make sure to contact your favorite shop before visiting.

Do we really need this right now?