In the rescue world, the Middletown Fire Department providing a lift

The Middletown Fire Department is currently training on the Paratech Interstate Highway Kit, which they bought a month ago. 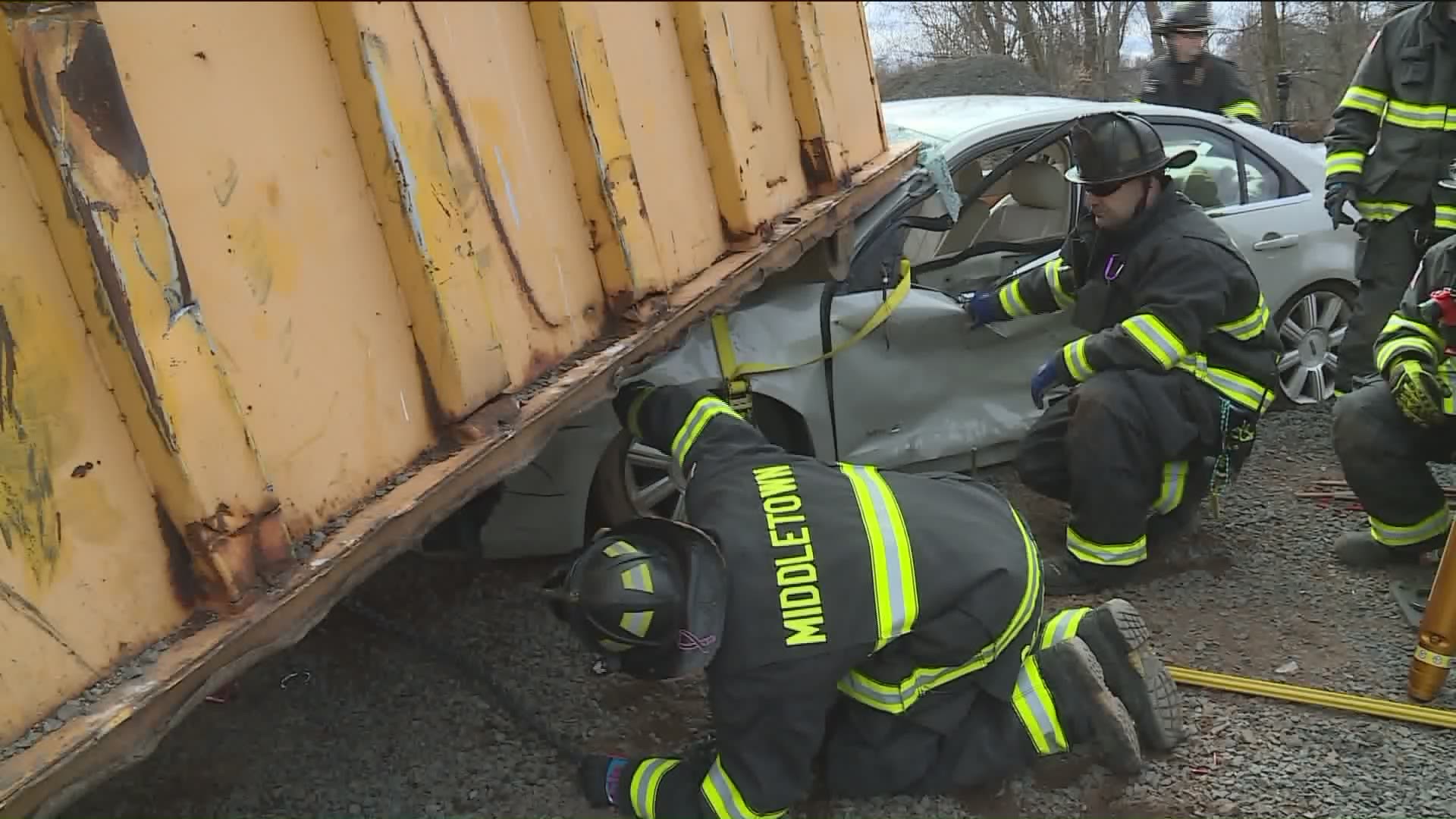 MIDDLETOWN, Conn. — First responders in a few fire departments across Connecticut are getting a much-needed lift courtesy of a new hydraulic technology.

The Middletown Fire Department is currently training on the Paratech Interstate Highway Kit, which they bought a month ago. During an urgent event where a driver or passenger becomes pinned under a heavy object from, say, a box truck or a tractor-trailer, the system can greatly increase a first responders ability to lift the object and free the victims.

Assistant Chief Jay Woron, who is Middletown’s technical rescue team said of the Paratech System, “the hydraulic lifting system has changed the game.”

The Paratech system relies on struts that are billed to be able to raise 20 thousand pounds each.

The Middletown Department acquired the new technology for around 35 thousand dollars.

“This will absolutely save lives,” said Lt. James Ehman, a 12-year veteran of the Middletown Fire Department.

“Essentially,” Ehman added, “this will allow us to control and manage a large load and do so in a safe manner.”

Middletown isn’t the only fire department working with Paratech units, among others, the New Haven and Manchester Fire Departments have been working with the systems as well.