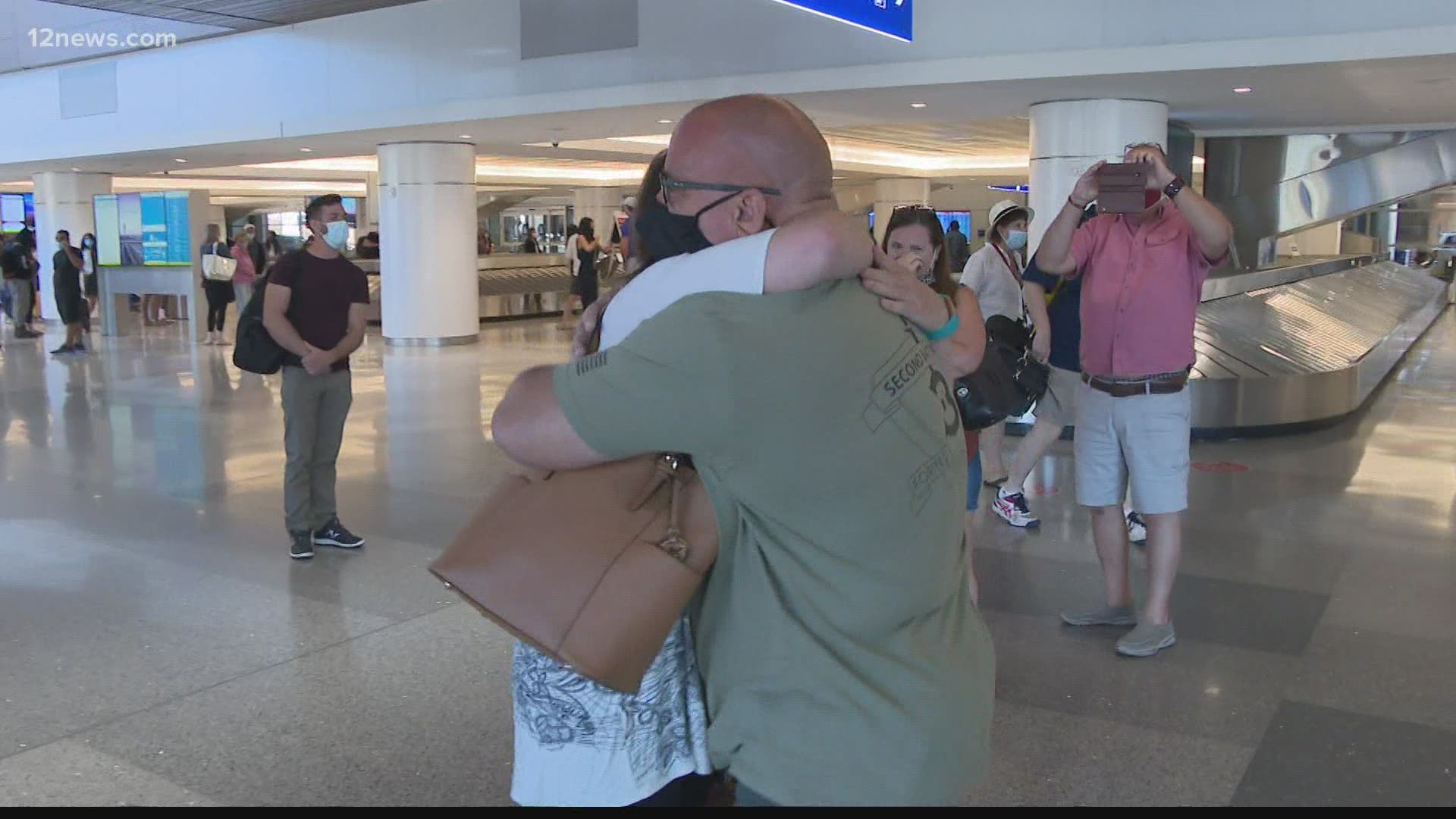 MESA, Ariz. — Mesa resident Tom Chaney was a Marine stationed in Alaska ﻿in the mid-1980s. He had a brief relationship with a woman before being moved on to Hawaii.

The result of that relationship hugged him in the middle of Phoenix’s Sky Harbor Airport 34 years later.

Both of them hardly able to speak, and hardly needed to do so.

That is the beginning and end of the story, but most of the middle of the story centers on Stephanie McKenna, who was put up for adoption by her birth mother.

McKenna’s adopted family gifted her a 23AndMe DNA kit for Christmas. She matched with a man named Tom Chaney, who turned out to be her grandfather. Through 23AndMe and Facebook, she eventually found her father and, after a deep breath, sent him a message.

“I thought maybe I’d hear back in a week. I heard back 20 minutes later,” McKenna said.

Chaney and McKenna began corresponding on February 6, 2021. He eventually took a DNA test himself and determined he was a match with her.

Chaney said he broke up with McKenna’s mother and moved on to Hawaii before he ever knew she was pregnant. He had no idea he had a daughter out there until McKenna contacted him on Facebook.

“She’s mine!” he wrote on Facebook shortly after the results of his DNA test returned. Chaney says he is thrilled to have discovered his new family member.

He also says, after meeting McKenna, that he didn’t really need the DNA.

“We have so many similarities. It’s not even funny. It is ridiculous,” Chaney said, holding his newly discovered daughter’s hand.

McKenna loves her adopted family but said knowing who you are and where you came from is just a different level of connection.

“That’s a part of you that’s always missing,” McKenna said, pausing with emotion. “I’ve always wondered, and I never thought I would get that chance.”

12 News is honoring the brave men and women who are currently serving and have served in the United States's armed forces.