"I don't want to die or get sick going to work." Portland-based Uber driver cancels trips with riders who do not wear masks, recently terminated by company. 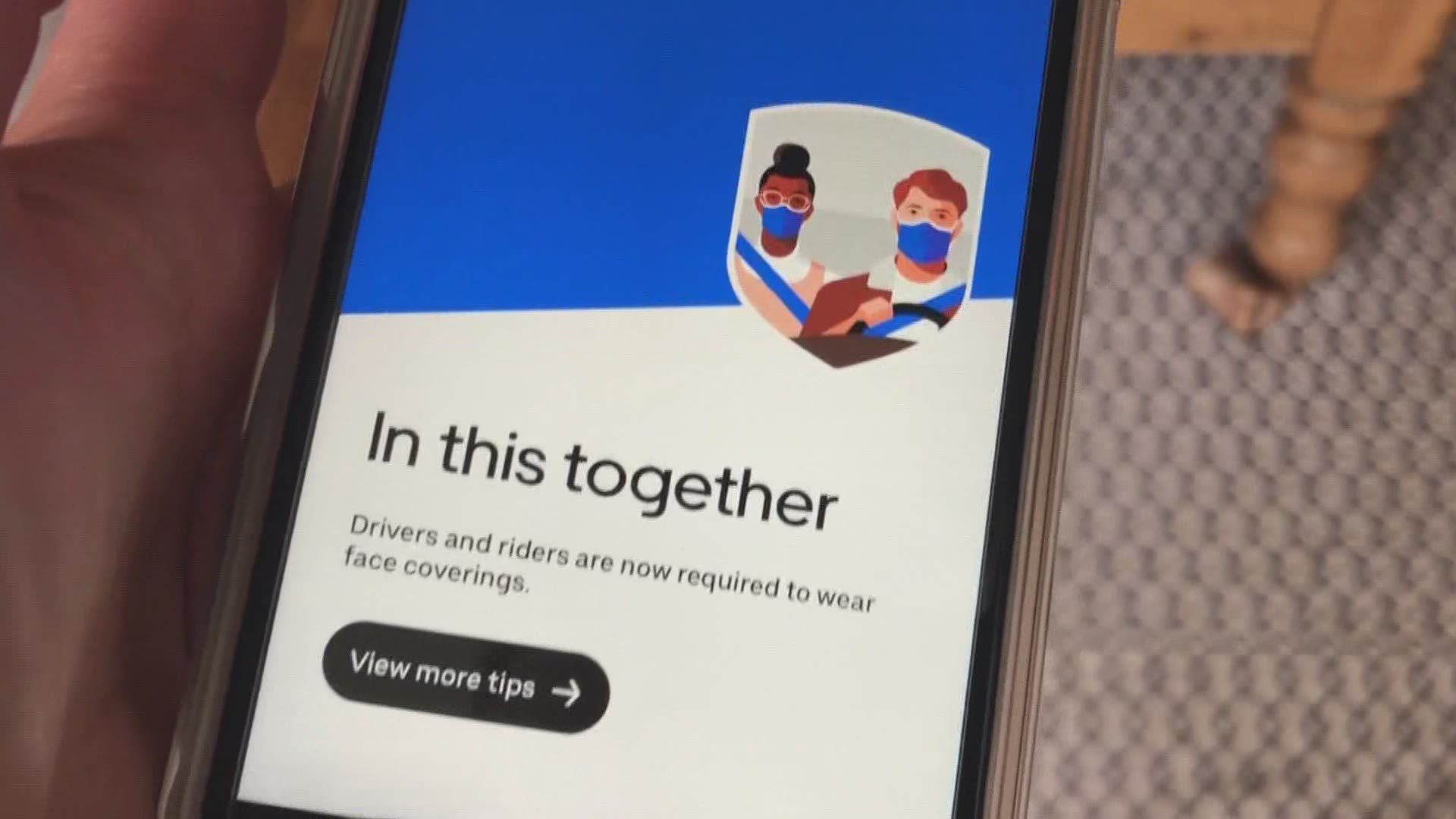 PORTLAND, Maine — An Uber driver says he was wrongfully terminated by the ride-share company.

Former Uber driver Danny Darling says he never ran into issues before the COVID-19 pandemic, specifically in the past few months with riders refusing to wear masks in his vehicle.

He says those interactions were often unpleasant, if not heated.

Worried for his safety, Darling says he began to cancel rides when riders would approach without a mask. Through the Uber app, he would cite "not wearing a mask" as the reason for canceling the trip.

"That's one of the features that Uber started doing June 1, that you could cancel for someone not wearing a mask," says Darling.

Also starting June 1, before accepting a ride through the Uber app, riders must agree to wear a mask. Even so, Darling says many riders would continue to approach his car and try to get inside without a mask on.

Darling says he didn't mind losing some business in order to keep himself and the rest of his riders safe.

"I'm not financially that desperate. I don't want to die or get sick going to work."

The problem, however, is those riders he refused to pick up filed complaints. Some of those riders even said Darling was the one practicing unsafe behavior.

On Saturday, after two and a half years of driving for Uber full time, Darling was told via email that he could no longer work for the company.

"I was under the assumption that Uber would protect me right now. I was wrong," says Darling.

Uber cited "unsafe practices" and "problematic behavior" as some of the reasons his driver account was terminated.

Speaking to NEWS CENTER Maine, a representative from Uber’s Safety Communication team says there were "several reports of verbal behavior" on Darling's account that went against the company's policy. The representative says some of those reports were incidents "before and leading up to March."

The representative adds that his termination had "absolutely nothing to do with canceling trips on riders not wearing masks."

The driver says, "I've taken it myself to still give the ride because this is my life. This is my job and I can't afford to get fired over false information."

HIs mindset shows that ride-share drivers face a dilemma: protect their health and that of everyone they drive or risk bad ratings, or worse, losing a job they love.

Darling has filed an appeal with uber and a formal complaint with Governor Mills' office.

At last check, Uber says his case is being looked at by a "specialized team."