As the high-end art and collectible world goes digital with NFTs, heists do too

Would you purchase a 10 second video clip for $6.6 million? Well, someone actually bought an NFT for that amount. KENS 5 explains what an NFT is and the risks. 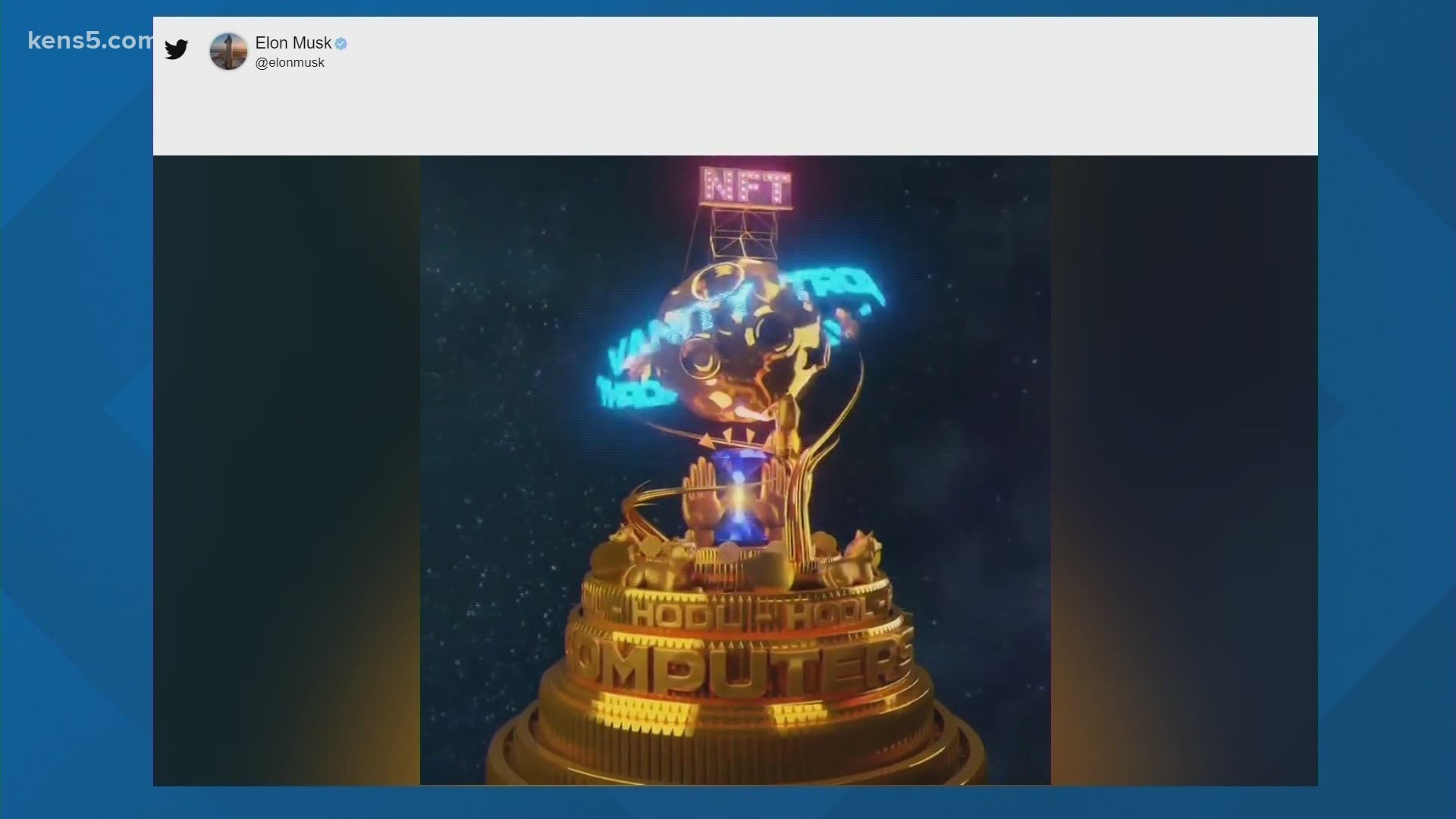 SAN ANTONIO — Would you purchase a 10 second video clip for $6.6 million? Well, someone actually bought an NFT for that amount. This type of digital asset is growing in popularity and a security expert warns that with it, comes risks.

NFTs, or non-fungible tokens, are a new type of digital asset. Non-fungible means they're unique, meaning they cannot be swapped one-to-one for each other.

Fungible assets are things like cash, gold, or a cryptocurrency like Bitcoin. NFT’s only exist online, and they're authenticated through block-chain, which is a system that holds information that’s very difficult to change or hack.

NFT’s are valuable because each is unique, and the price is directly linked to its scarcity. NFT’s are digital collectables and can take the form of artwork, social media posts or videos. For example, an artist who goes by Beeple created a 10-second video clip called Crossroad. It was sold on Nifty Gateway, a marketplace operated by Gemini. A buyer ended up purchasing the digital item for $6.6 million. His huge piece titled 'Everydays, First 5,000 Days' sold at an auction by Christie's for $69 million.

Recently, Tesla’s Elon Musk offered to sell an NFT about NFTs in a tweet. The post featured a video of a song. The lyrics said: “NFT for your vanity. Computers never sleep. It’s verified. It’s guaranteed.” Even though a buyer was reportedly willing to give him $1 million dollars, Musk decided to not put it up for sale.

I’m selling this song about NFTs as an NFT pic.twitter.com/B4EZLlesPx

KENS 5 spoke with an NFT investor, Brian Palma who shared that his passion for sports led him to the digital asset. He says he has a large collection of physical cards for San Antonio Spur Keldon Johnson, and considers himself to be a sports card enthusiast. Palma said getting the physical cards authenticated has been a complicated and long process.

When he discovered virtual trading cards, he jumped on the opportunity. Palma is able to buy and sell cards within seconds. He has purchased sports video highlights on, Top Shot, a site and marketplace that creates officially licensed NBA NFTs. The website says it is for fans who want to own basketball’s greatest moments.

“It seems kind of crazy, like a digital moment. You can’t touch it, you can’t feel it,” said Palma. “For me, it’s replacing physical cards and there’s no going back.”

He began investing through Top Shot since February, but shared that people who started on the platform earlier have exponentially grown their earnings.

“There are people that I know that I have talked to, that have invested $50,000 in the beginning, maybe in October or November. Their account is now $20 million,” said Palma.

As NFTs gain more traction, they're also attracting more attention from criminals. People are reportedly losing hundreds of thousands of dollars worth of NFT artwork to hackers. There are various reports indicating that criminals are accessing buyer’s accounts and transferring the digital items or using the victims card information.

KENS 5 spoke with Jonathan Trimble, a retired FBI agent who specializes in cyber security. He gave insight on how hackers operate. He served 24 years with the agency and prior to his retirement, he was the Chief Technology Officer of the FBI Information Management Division. He now leads Bawn, a security firm based in Austin.

“They will invest a lot of resources in understanding the way a system works or the way an individual behaves before they launch their attack. Maybe months of surveillance is conducted before they actually move to collect the NFTs or digital assets,” said Trimble.

Trimble said people may stereotype hackers as people who living in a basement to perform data breaches. But he says they run a sophisticated business.

“There might be a team of people that work on different aspects of the breach. There are some people that do the technology exploitation and doing the actual hacking. There might be a boss that runs the entire activity. There’s going to be another person that does the social media engineering,” he said. “So it goes back to these organizations that are auction houses or trading platforms and using multiple different ways to minimize that risk.”

Despite the reported hacks, Palma said he’s not slowing down his NFT investments.

“I have a lot of physical cards that are potentially worth a couple hundred thousand dollars. I’m going to sell everything and put it all in Top Shot. That’s how much I believe in it. For me, it’s out with the old, in with the new,” said Palma.