Police say the demonstrators entered the building and sat down. Everyone involved was charged with trespassing in the first degree. 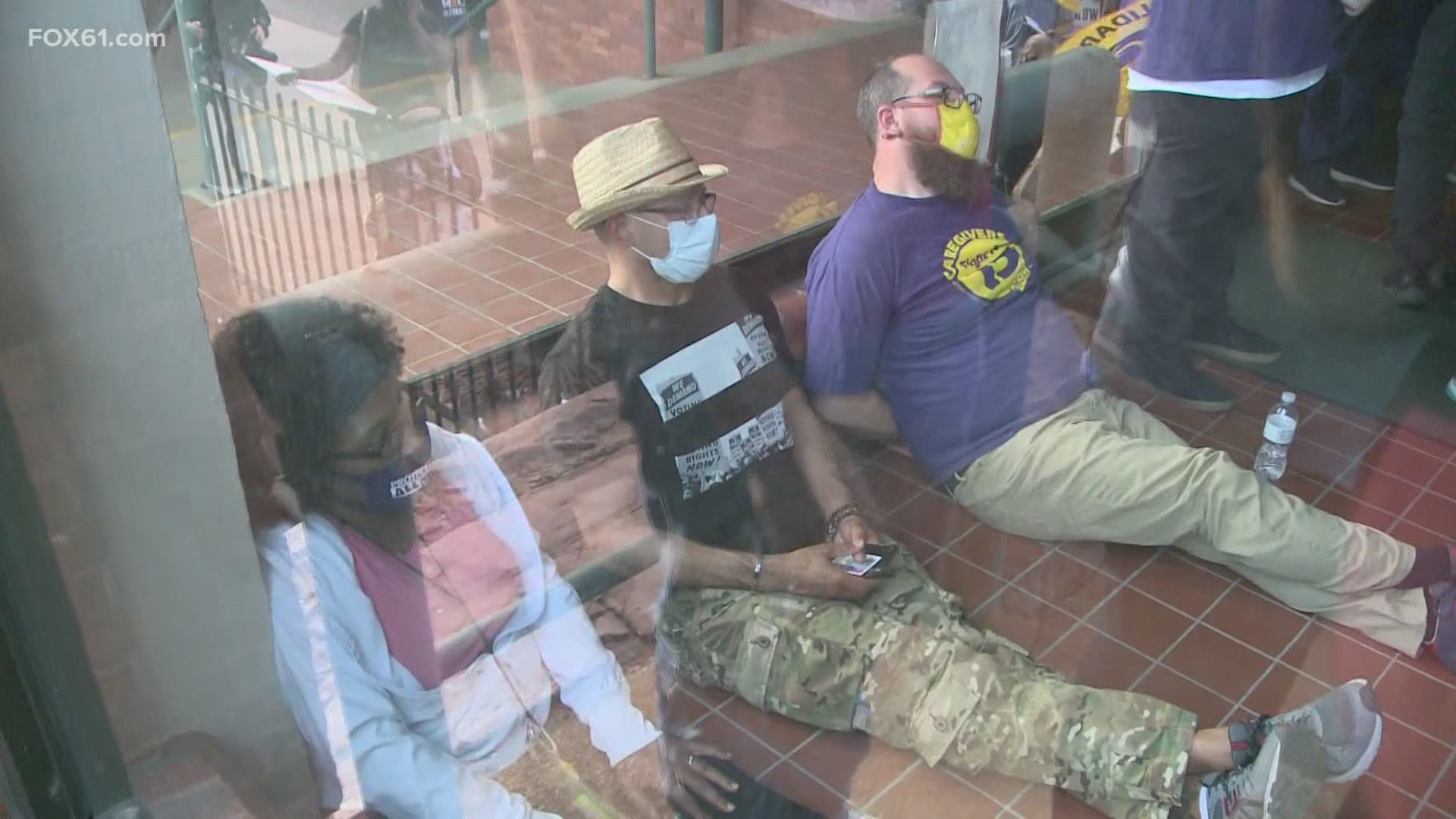 Several demonstrators were arrested during a protest outside the offices of the Connecticut Department of Public Health, Policy & Management, and Developmental Services Thursday afternoon.

About 20 of the demonstrators were detained after entering the offices and sitting down. Each person was charged with criminal trespass in the first degree and was released on bond. They are scheduled to be arraigned on April 12, 2021.

The SEIU 1199 Union represents long-term care workers and leaders. They were protesting Connecticut to provide funding to pay for changes that will allow workers to have living wages, benefits, and the capacity to retire.

The Union added that some 22 of its members have died due to COVID-19 complications over the past year.