Another pony car revolution as the Mustang goes electric

One of the most famous car brands sets out on a new trail, but will fans follow? 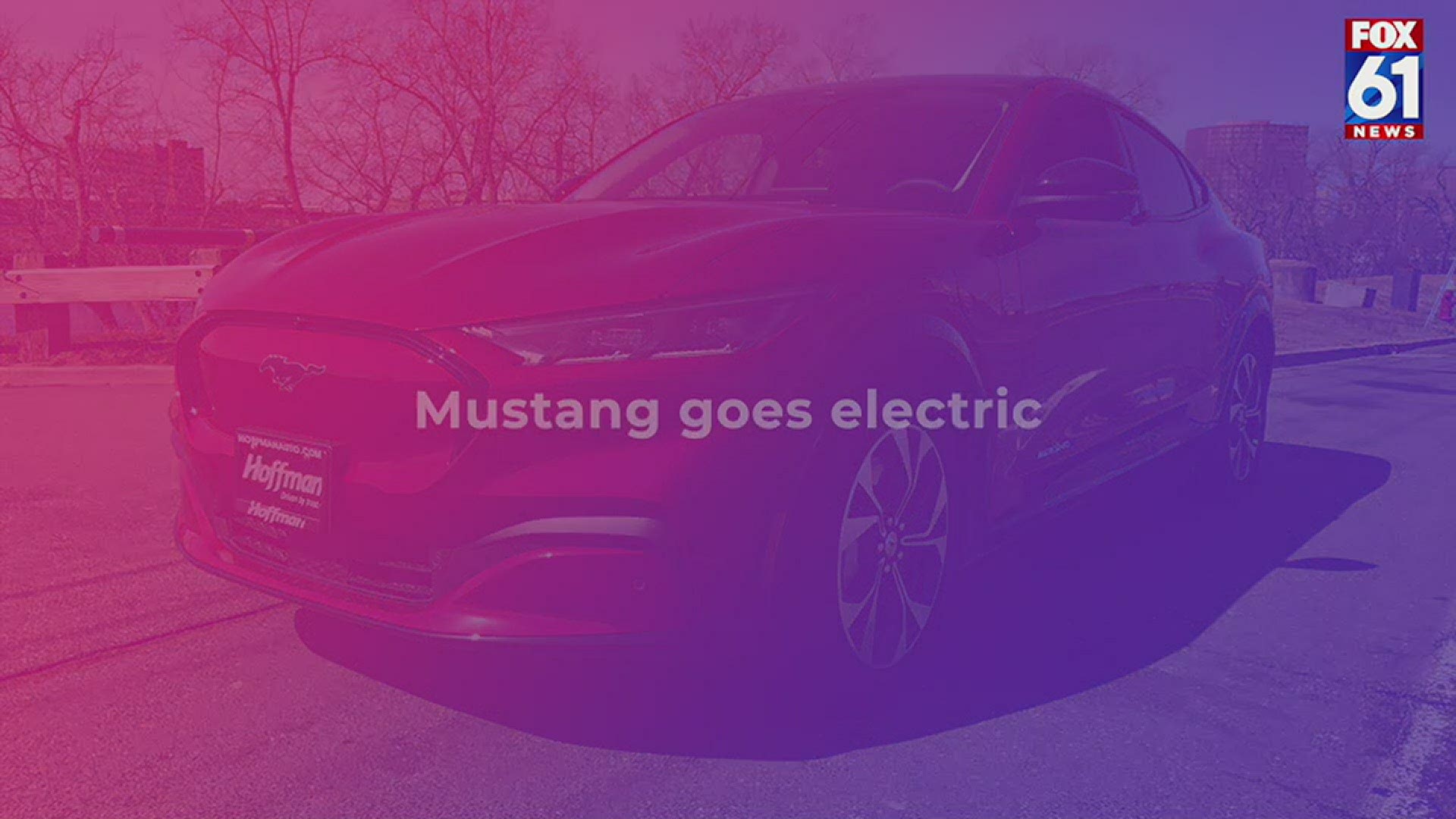 It was an April day, 56 years ago, that the American automobile industry changed forever.

Ford introduced the Mustang at the World’s Fair in New York on April 17, 1964. That same day, the car went on sale across the country and broke records.

The car was different, in looks and marketing, and was aimed at the younger car buyer. The Mustang and the Plymouth Barracuda, introduced two weeks earlier, were the first pony cars. Camaro, Challenger, Cougar and Firebird followed within the next several years and enjoyed varying degrees of success.

By the new millennium, only the Mustang remained in the showroom. Late in the 2000’s, the Chevrolet Camaro and Dodge Challenger returned. All three have models that offer acceleration from modest to head snapping performance. They all follow the formula developed in the sixties - two doors, rear-wheel drive, maybe a convertible, and a series of trim levels.

Today they are some of the last non-sport utility vehicles sold by Ford, Chevrolet and Dodge. 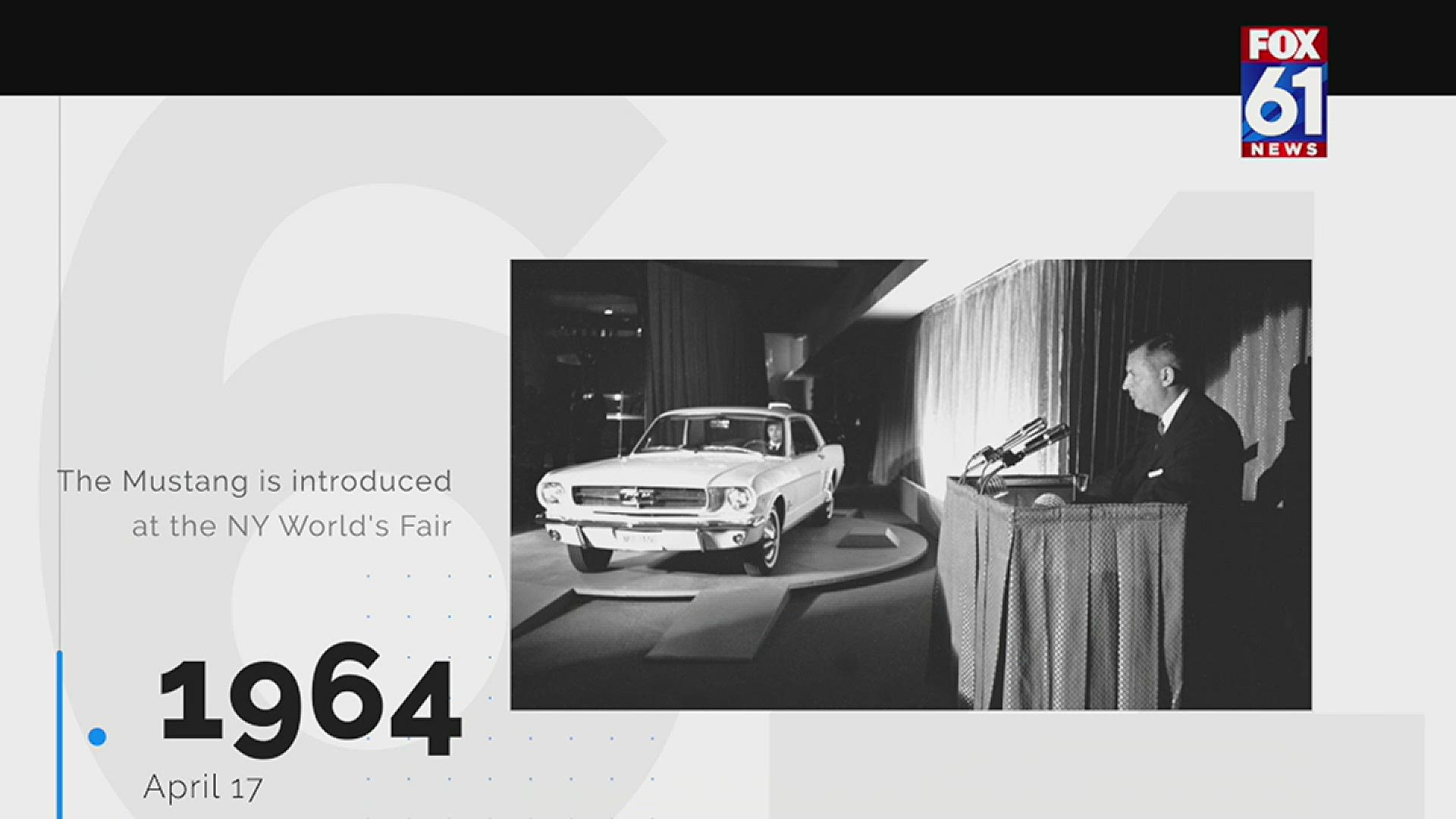 A CHANGE / A CHARGE

Last year, Ford made waves by announcing its new Mustang Mach E: a five-door SUV that gets its power from a plug, not a pump.

Depending on the trim level, the Mach E is powered by one or two electric motors. It can be ordered in rear-wheel drive or all-wheel drive. Ford says its range can be as high as 300 miles per charge.

Many Mustang fans took to the internet to object to the name.

“Ford's Mustang has been one of their most successful products,” automotive journalist Mike Covello said, “Throughout the Sixties and Seventies, you could get Mustangs with placid six-cylinder gas engines, classic Mach 1- V8s, on up to seven-liters Boss 429 thunder powerplants. Having owned a 1970 Mustang Mach 1 I feel the classic name has been degraded. The electric Mach E doesn't rumble. But I totally get the wisdom of Ford branding their EV with the name that brought them so much success.”

As more electric cars come on the market, the Mustang Mach E is one of the few, outside of possibly Tesla, that arrives with some brand awareness.

And the Mach E stakes its claim to the driving enthusiast segment of the market, and Ford hopes the Mustang name will make that clear.

Pricing for the Select trim starts around $43,000, and the top trim GT model starts at $60,000 (before Federal Tax Credits.) And Ford has Tesla’s Model Y in its sights.

Mustang through the years

When a driver goes to enter the car, they realize there isn’t a traditional way to get the door open. Press the button and then a small pull on the front doors to open. In the back, the button pops the door out and a person reaches inside the edge of the door to pull it. The idea is to reduce drag by eliminating traditional door handles which will in turn increase range.

Sitting in the driver’s seat, one sees two screens, one horizontal in front of the driver, one vertical in the center stack. Virtually everything is controlled through the larger vertical screen, leaving the other for your typical driver information cluster. The large screen has a physical dial to control the volume on the radio, saving drivers the stress of hunting through menus. Drivers who have driven a Ford lately will recognize the gear selector in the center console, and there’s very little learning curve as the car gets underway. That’s a marked difference between the Mustang and the Tesla which has one large screen in the middle of the dash with a display and controls nearly everything.

Sightlines are good and it feels airy, especially when equipped with a glass roof. The back seat easily has space for two adults. And the rear hatch opens to reveal a decent-sized cargo area. The design employs a visual trick to make it look sleeker than it is. A narrow black body panel along the edge of the rear roof disguises the actual height of the vehicle

Acceleration from a standing start is quick and quiet, thanks to the electric engine’s instant torque. The vehicle seems well balanced and planted, thanks to the battery pack providing a low center of gravity.

The seating position is higher up than sedans, which is one of the appeals of SUVs, and it certainly higher than other Mustangs.

Ford seems to have rethought everything to do with the design but made sure to leave many familiar details to assure drivers that while it may look futuristic, it’s not out of this world.

“The majority of the vehicles ordered at the dealership have been the Premium GT model," she said. "A lot of people who are sports car enthusiasts are still going with the rear-wheel-drive but we’ve had quite a few New Englanders who need their all-wheel-drive models too.”

She said there has been a lot of interest in the vehicle and many people are cross-shopping the Tesla Model Y.

“This vehicle competes with the Tesla, it also competes with the Audi’s electric vehicles as well," Reigins said. "They have been cross-shopping. A lot of the people who come in are Mustang enthusiasts. But a lot of people are market shoppers.”

In early March, prospective buyers could take a Rapid Red Metallic demonstrator for a drive.

This Mustang hits a sweet spot in the market.

“The current market is more SUV savvy nowadays. And to design the Mustang into a four-door SUV vehicle, that opens up the doors, literally.” Reigins said, “Customers can not only comfortably sit themselves but they can sit their families. Where, before there was a smaller seat in the rear and it was more or less a two-person vehicle, now the whole family can come along.”

“Mustang has a very devoted fan base, and that’s something we think that Mustang needed, to bring it to the next level, as it is a name that’s known on every continent, every country, every state and town. What Ford is doing is elevating a household name and they're turning it into the next generation of the household name,” Reigins said.

Mining by Moonlight by Kevin MacLeod