NEW LONDON — The partial government shutdown is officially in its second month. Federal employees, including the United States Coast Guard, are passing a ... 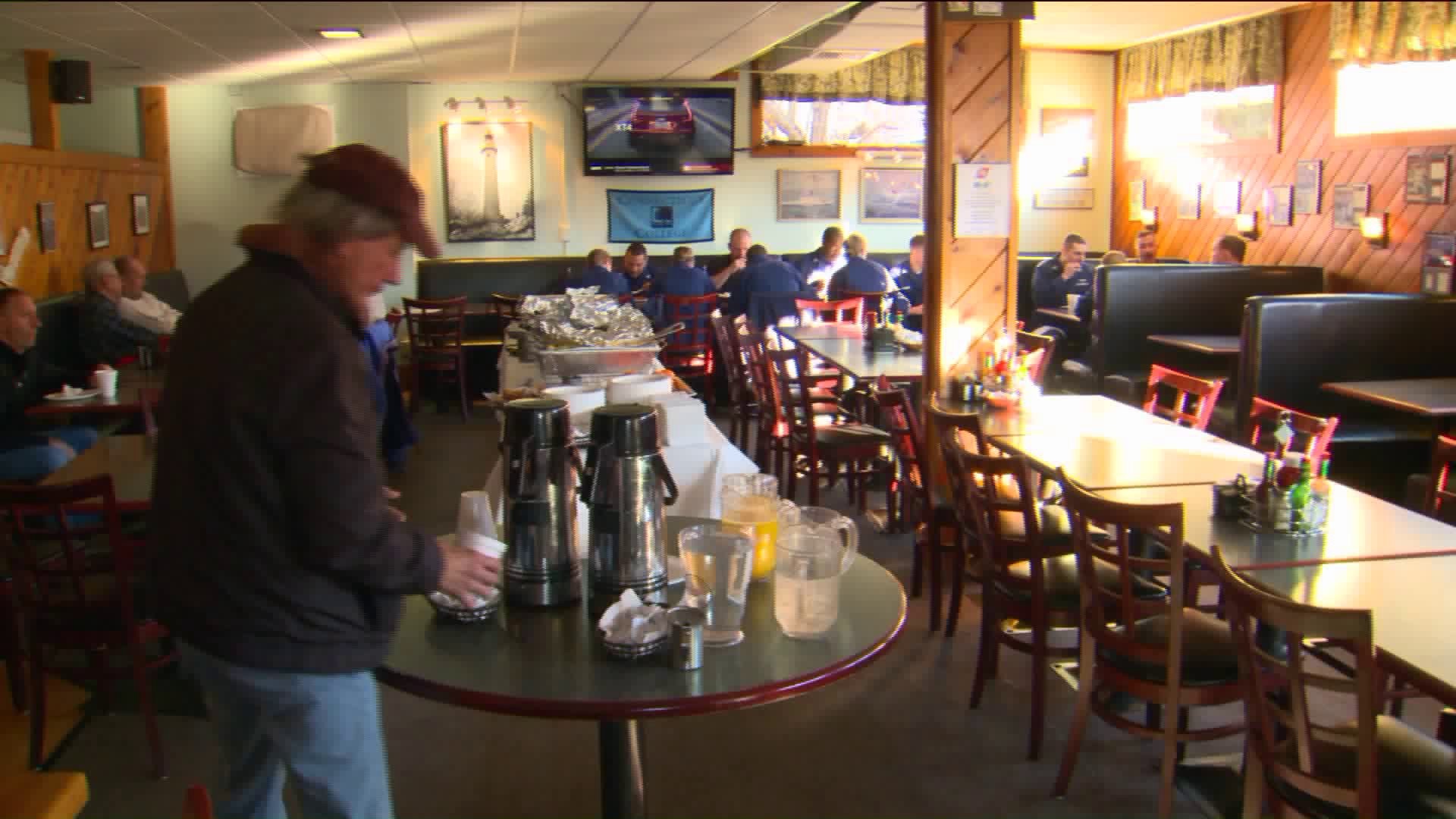 NEW LONDON -- The partial government shutdown is officially in its second month.

Federal employees, including the United States Coast Guard, are passing a second pay cycle without a paycheck. The Coast Guard is always ready to jump in and help those who are in need. The New London community is doing the same now that the Coast Guard are the ones who need help.

"We figured breakfast would be good because we get everyone before they go to work and get their day started and start their weekend off on a positive note," says George Gianakos, a co-owner of Mr. G's restaurant.

"It’s starting to wear on people," says Gianakos. "At first they thought it would be very temporary, but the longer it goes you start seeing it affecting everything."

Mr. G's is located near the Coast Guard Academy. They have seen their sales drop by close to 20% in the past week because people aren't spending money locally.

"Everybody is of course concerned by how long this is going to go on because we could’ve never thought it would go on this long," says New London Mayor Michael Passero, "We’re not being offered any hope. So, that’s tough. But, it’s also a chance for the community to really pull together and show their spirit and help out. So, there’s a good side to this, as well."

The restaurant has offered federal employees an extra 10% off while the shutdown is in effect. The United States Coast Guard are the only military members not getting paid. The Department of Defense, which funds the other military branches, was funded prior to the shutdown.

"I will say it’s the first thing every morning that we check on the news and again think about getting everybody back to normal operations," says Jay Vann, the Assistant Superintendent of the Coast Guard Academy, "But, again, we took an oath and we’re living up to that by going to work every day."

The breakfast at Mr. G's gave families the chance to forget about missing income and enjoy a breakfast served by their community.