Sears, the once-dominant retail chain that changed how Americans shopped and lived, has filed for bankruptcy. The Milford and Waterford Sears stores are to be c... 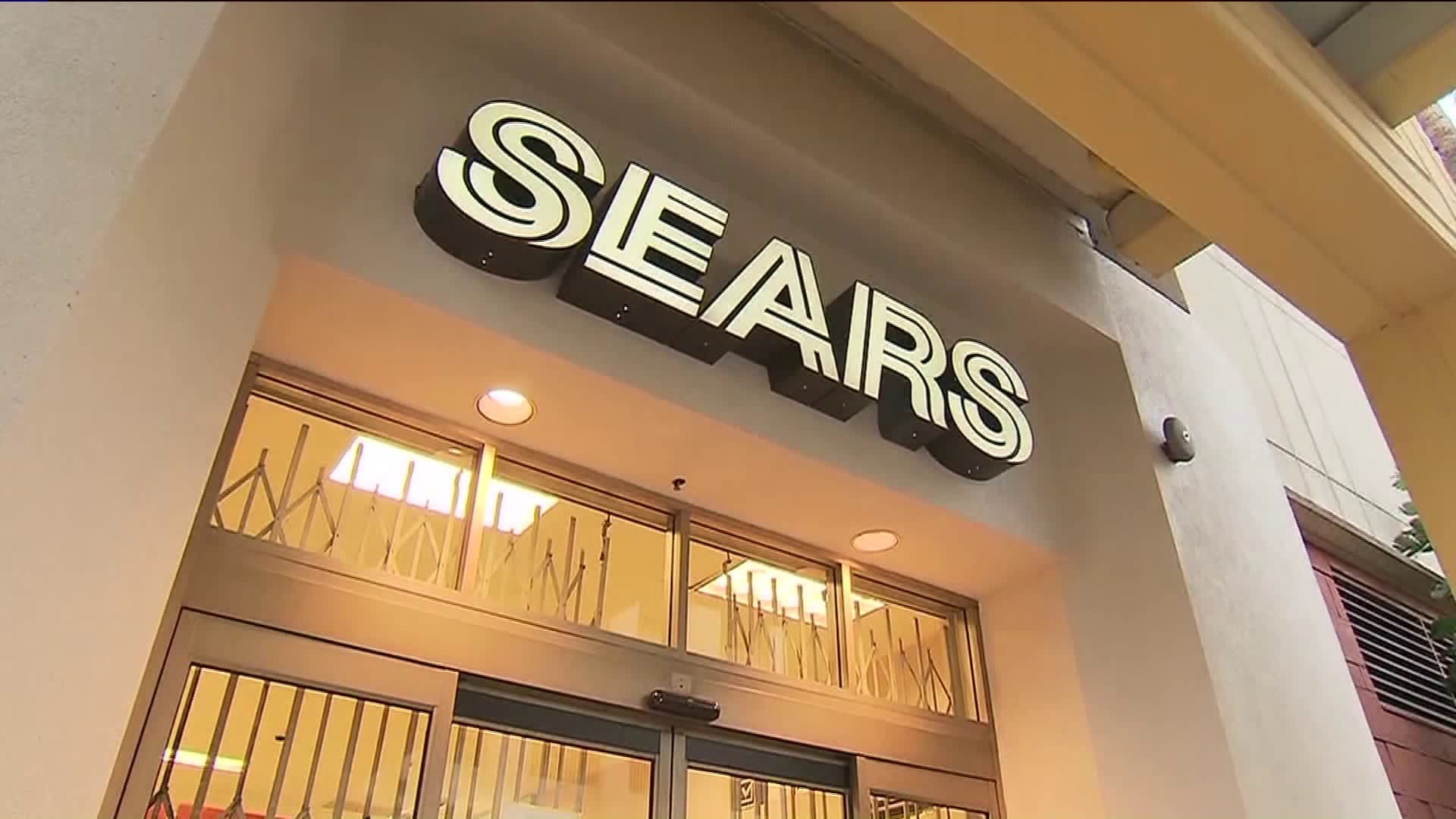 Sears, the once-dominant retail chain that changed how Americans shopped and lived, has filed for bankruptcy.

The Milford and Waterford Sears stores are to be closed as part of company's Chapter 11 reorganization.

The 132-year-old company has been struggling for several years and is drowning in debt. The final straw was a $134 million debt payment due Monday that it could not afford.

Sears Holdings (SHLD), the parent company, which owns Sears and Kmart, is among dozens of prominent retailers to declare bankruptcy in the era of Amazon (AMZN).

The filing in federal bankruptcy court in New York came in the early hours of Monday morning. The company issued a statement saying it intends to stay in business, keeping stores that are profitable open, along with the Sears and Kmart online shopping sites.

But it said that it's looking for a buyer for a large number of its remaining stores and that it will close at least 142 stores near the end of this year. That's in addition to the 46 store closings already planned for next month.

Eddie Lampert, the company's chairman and largest shareholder who engineered the merger of Sears and Kmart in 2005, gave up the title of CEO as part of the filing. The company will now be run by three of the company's top executives.

For years, Lampert has claimed the company was making progress to end its years of ongoing losses.

"While we have made progress, the plan has yet to deliver the results we have desired," Lampert said in a statement Monday. He said the bankruptcy process would allow the company to shed debt and costs and "become a profitable and more competitive retailer."

But while retailers typically file for bankruptcy with the intention of staying in business, many end up going bust after filing. In recent years, Toys "R" Us, RadioShack and Sports Authority have followed that path to retailing's graveyard.

The critical holiday season will be a particular challenge for Sears.

"As we look toward the holiday season, Sears and Kmart stores remain open for business and our dedicated associates look forward to serving our members and customers," Lampert said Monday.

But they will need to do better than last year. While other traditional retailers enjoyed strong holiday sales, Sears and Kmart both reported sharp drops.

Sears fell out of shoppers' favor over the past decades as online stores and big box rivals, including Walmart (WMT) and Home Depot (HD), beat Sears on price and convenience.

But many of Sears' problems were self-inflicted. Its management tried to compete by closing stores and cutting costs. It slashed spending on advertising and it failed to invest in the upkeep and modernization of its outlets. Sears and Kmart stores grew barren and rundown.

Sales declined. Losses piled up in the billions of dollars. Debt mounted, and the company's cash reserves disappeared. Sears sold many of its most valuable assets, including its massive real estate footprint, to raise the cash it needed to survive.

It ditched Lands End in 2014. Three years later, Sears dumped the Craftsman brand, which it had sold exclusively. The company has been looking for a buyer for its Kenmore brand of appliances for years. The only acquirer it could find was Lampert, who offered $400 million for Kenmore through his hedge fund. The Sears board never accepted the offer.

By last month, Sears' market value had fallen below $100 million, less than quarter of the value of Kenmore itself.

The retailer's problems have mounted in recent years. Sears warned investors last year there was "substantial doubt" it would be able to stay in business. It has lost $11.7 billion since 2010, its last profitable year. Sales have plunged 60% since then. The company shuttered more than 2,600 stores over the past 13 years.

With the writing on the wall that a bankruptcy was imminent, suppliers demanded Sears pay cash up front for the items in its stores, putting it at an even greater competitive disadvantage with other retailers.

Whirlpool, which had started in business more than a century ago selling its appliances at Sears, pulled its various brands out of Sears and Kmart stores last year. Once the dominant appliance retailer in the country, Sears accounted for only 3% of Whirlpool's sales worldwide in 2017.

In September, Lampert proposed that Sears restructure its finances without filing bankruptcy. But he warned that the company was running out of cash. The company's stock quickly fell below $1 a share for the first time in its history.

Creditors opted instead to try their hand in bankruptcy court. Without a deal and with $130 million in debt payments due Monday, Sears filed for Chapter 11 bankruptcy protection.

The brand that shaped a nation

Sears was once the nation's largest retailer and its largest employer. In its heyday, it was both the Walmart and Amazon of its time.

Formed in 1886 by railroad station agent Richard Sears, the company started as a watch business in North Redwood, Minnesota. Sears moved to Chicago in 1887, and he hired watchmaker Alvah Roebuck as his partner. The first Sears Roebuck catalog, which sold watches and jewelry, was printed in 1896.

The Sears catalog was the way many Americans first started to buy mass-produced goods. That was an enormous shift for people who lived on farms and in small towns and made many of the goods they needed on their own, including clothes and furniture.

Sears' stores helped reshape America, drawing shoppers away from the traditional Main Street merchants. Sears brought people into malls, contributing to the suburbanization of America in the post-World War II era. Its Kenmore appliances introduced many American homes to labor-saving devices that changed family dynamics. Its Craftsman tools and their lifetime guarantees were a mainstay of middle-class America.

But long before the rise of Amazon and online shopping, Sears was struggling to keep up with Americans' changing shopping habits. Big box retailers such as Walmart beat it on both price and merchandise selection.

In 1999, it was booted out of the Dow Jones Industrial Average, where it had been for 75 years. Big box rival Home Depot took its place.

Sears and Kmart merged to form Sears Holdings in 2005. At the time, they had 3,500 US stores between them. They have fewer than 900 today.

In July, Sears closed its last store in Chicago, once its hometown. In August, the company announced another 46 store closings. The company had 89,000 employees as of February. That's down from 317,000 US employees in early 2006, soon after the merger.