WorkinCT #CTConfident: See how bread gets made with a look inside this unique New Haven bakery 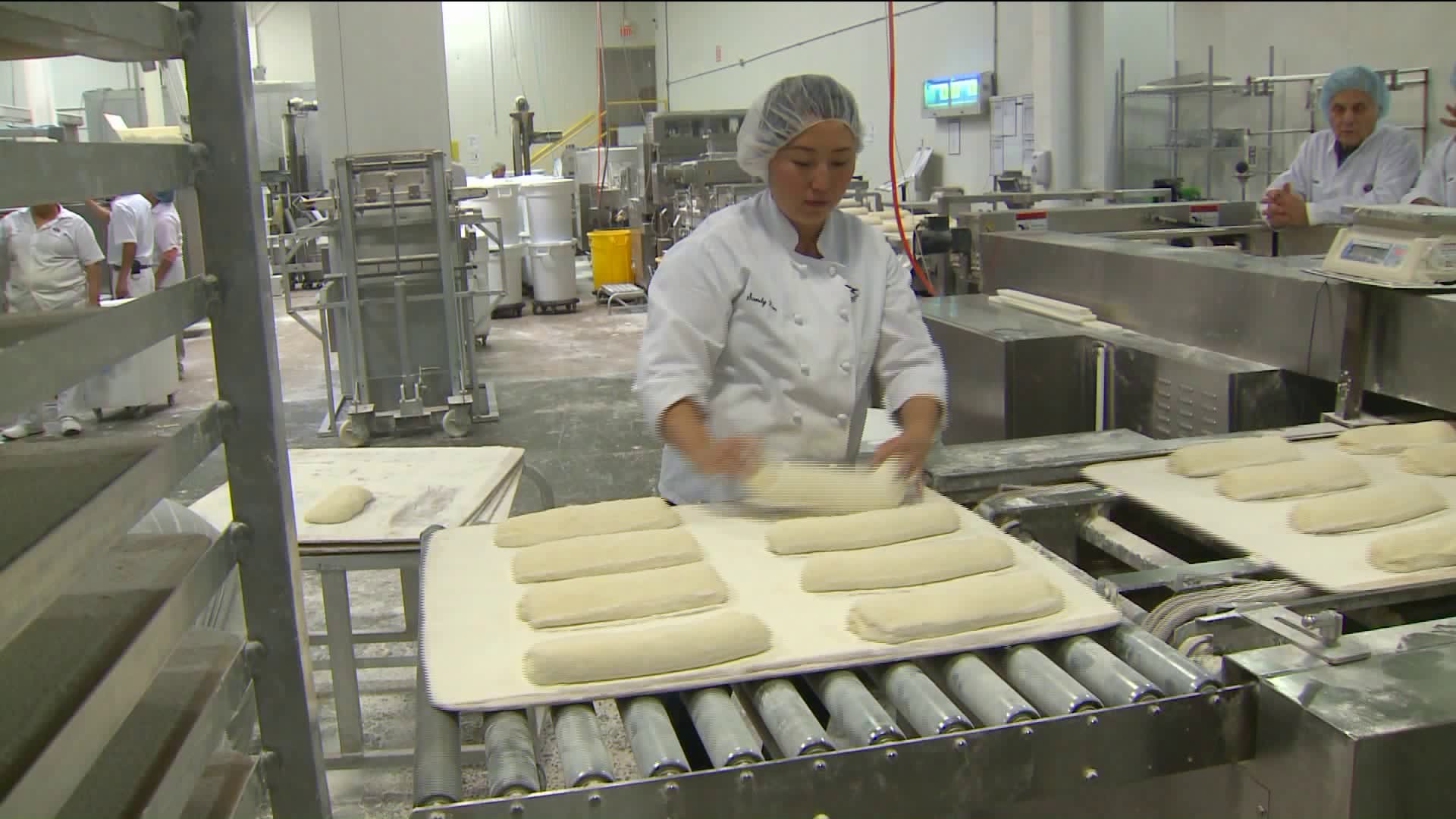 “Everything requires some amount of touching and a human element, which can’t be done by machines alone,” said Sandy Kim, who works at Chabaso.

It’s hard to imagine a smaller version of the well-oiled machine, but James Street isn’t where Chabaso started. It all began with an idea from founder Charles Negaro when he was running the Atticus Bookstore and Café. He couldn’t find a good loaf of bread, so his staff made its own.

“For about 15 years, they made these phenomenal pastries and bread until sometime around 1995, we decided we should try to become a wholesaler,” said Negaro.

Years later, a small kitchen with four people turned into a 5,000 square foot bakery with 25 people and grew into what it is today: the leading brand of artisan bread in the Northeast. Its CEO says you can find Chabaso in pretty much every grocery store in the Northeast. The company has a variety of products, but also sticks to its roots with a delicious ciabatta. It’s now looking for ways to add more health benefits without sacrificing the taste.

“This is my personal favorite. This is also rye, with dark chocolate chunks in it. It’s really healthy, whole grains, so we’re pushing the boundaries and maybe making people uncomfortable here and there, but also giving them something new to think about,” said Trish Karter, the CEO of Chabaso Bakery.

Chabaso also promotes healthy eating, not only through its own breads, but also through a garden on the Chabaso property.

“New Haven Farms grew out of a small plot of land out in back of the bakery that my wife planted. One day we were expanding the bakery, and there was a steam shovel hanging around, and my wife got it to go dig out a plot of land and bring in some soil from a family farm in Harwinton, and we planted a space out there, which we thought would be an employee garden,” said Negaro.

It expanded into much more. Through a partnership with the Fair Haven Community Health Center and a diabetes prevention program, about 50 to 75 people each year grow their own crops and learn how to make better meal decisions for themselves and their families through New Haven Farms. Negaro says family is what it’s all about.

If you have a business that FOX61 should feature on its WorkinCT series, email your suggestion to WorkinCT@fox61.com.