The bill prohibits discrimination on the basis of ethnic hairstyles historically associated with race. 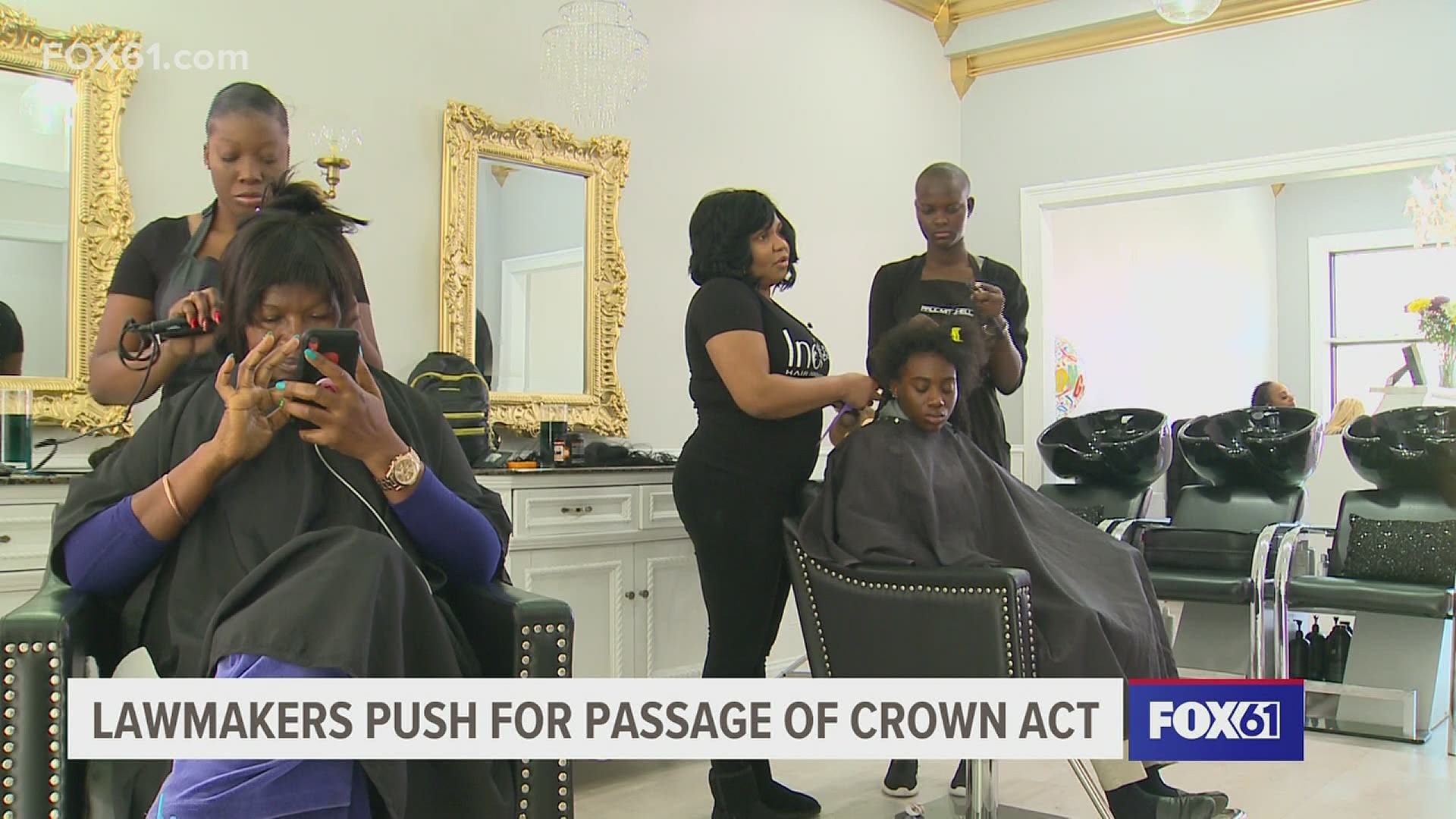 HARTFORD, Connecticut — The state Senate passed the Creating a Respectful and Open World for Natural Hair Act, also known as the Crown Act, by a near-unanimous vote.

The bill, recently passed by the House, was passed in the Senate on Monday night by a final vote of 33-0, with two senators who did not vote.

The bill prohibits discrimination on the basis of ethnic hairstyles historically associated with race. It builds on Connecticut's current legislation preventing discrimination by adding two qualifiers.

The first qualifier is the word "Race," which would be inclusive of ethnic traits historically associated with a person's race including hair texture and protective hairstyles.

The second would qualify "protective hairstyles" to include wigs, headwraps, and hairstyles like cornrows and locs.

The two senators who did not vote were Senators Rob Sampson (R-16th District) and Dan Champagne (R-35th District).

The bill now will move to Gov. Ned Lamont's desk for his signature.

Lamont praised the bill's passage at the House level on Friday and said it would only add benefit to Connecticut.

“I am thrilled to see the passage of the CROWN Act today by the Connecticut House of Representatives,” Lamont said. “Discrimination of any kind is unacceptable, but we all know there are invisible moments and instances of discrimination that take place each and every day."

He continued: "When a Black man or woman shows up for a job interview or to work, they should never be judged based on their hairstyle. Their work product, commitment, dedication, and work ethic should be the sources of their success. This measure is critical to helping build a more equitable society, and I urge the Senate to pass this bill so I can put my signature on it and we can get this law into our statute books.”