Enduring months of drought, some help for CT farmers

Gov. Lamont says Connecticut was approved for federal disaster designation due to drought conditions meaning, if they qualify, farmers could get loans for any losses 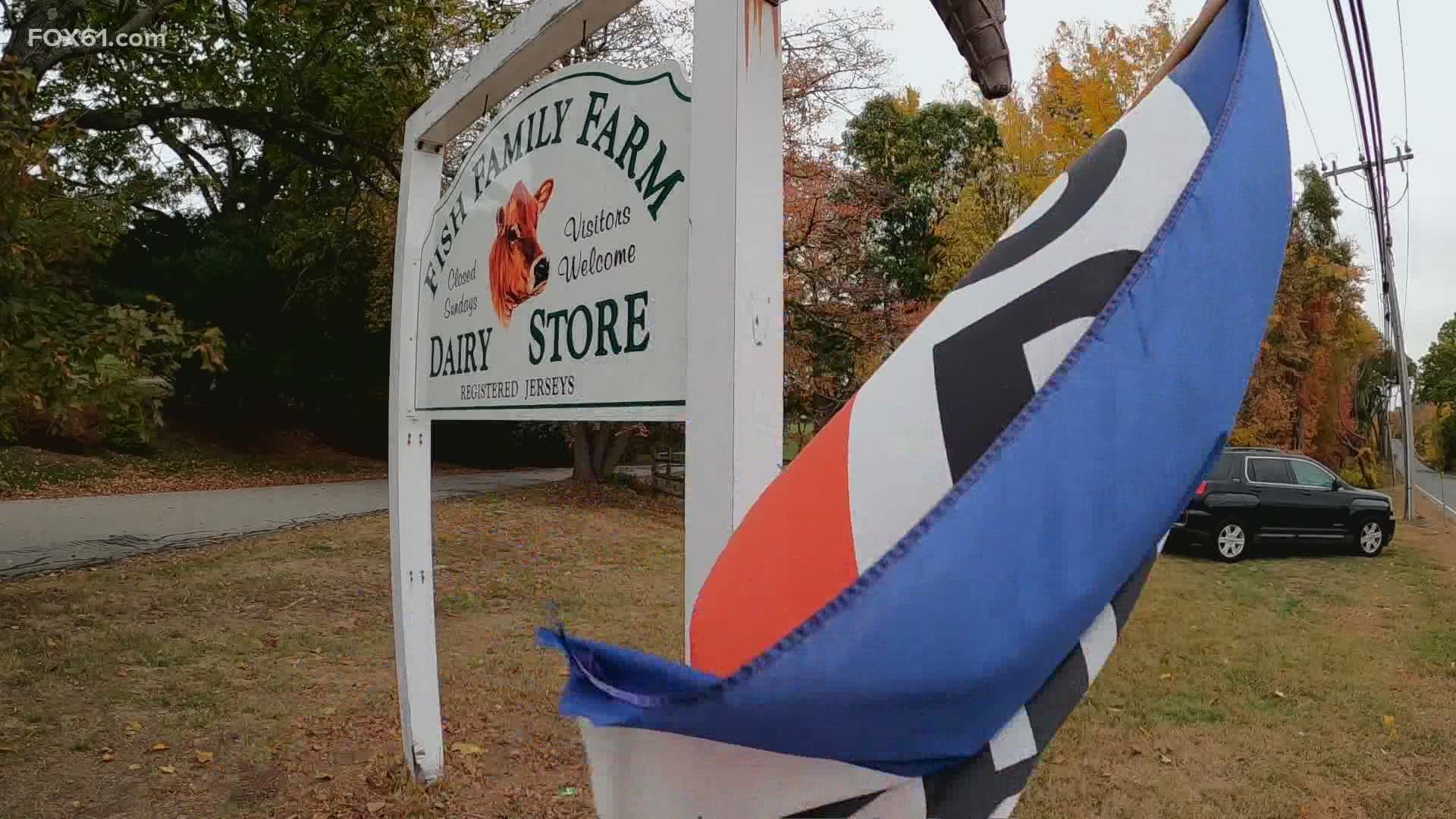 BOLTON, Conn. — Don Fish has owned his namesake family farm since 1981 and 2020 has provided its share of challenges beyond the pandemic -- 2020 has also been the year of the drought.

“It’s just a domino effect for us,” Fish said.

Since May, the Fish Family Farm has been forced to truck in water – about 18 thousand gallons a week – to keep the grass growing and the hay plentiful for the scores of Jersey Cows on the 211 acre farm.

The extra water bills also keep their dairy production, famous for their local milk and ice cream, on the shelves.

This week, the state and federal government has stepped in to assist farmers across the state.

Governor Lamont has announced that Connecticut was approved for federal disaster designation due to drought conditions meaning, if they qualify, farmers could get loans to help bail them out of the loses they have sustained.

Bryan Hurlburt, the state agriculture commissioner, said “right now anything helps so if you have reduced market share, if you have a problem moving your product, a loan (for farmers) can get you through these tough times.”

Fish added that while he appreciates the potential help from the state and federal government that only Mother Nature can provide the ultimate relief the farmers really need.

Fish said, “anything helps and it’s nice they recognize us,” then added, “we could use the rain so pray for rain.”

CT farmers eligible for emergency loans due to production losses

1 / 3
FOX61
Federal help for farmers due to drought