"Save Our Stages" wants Congress to help independent music venues in CT - and across the U.S.

In 2018, College Street Music Hall alone generated over $16-million for the city of New Haven, but now that’s dropped down to zero. 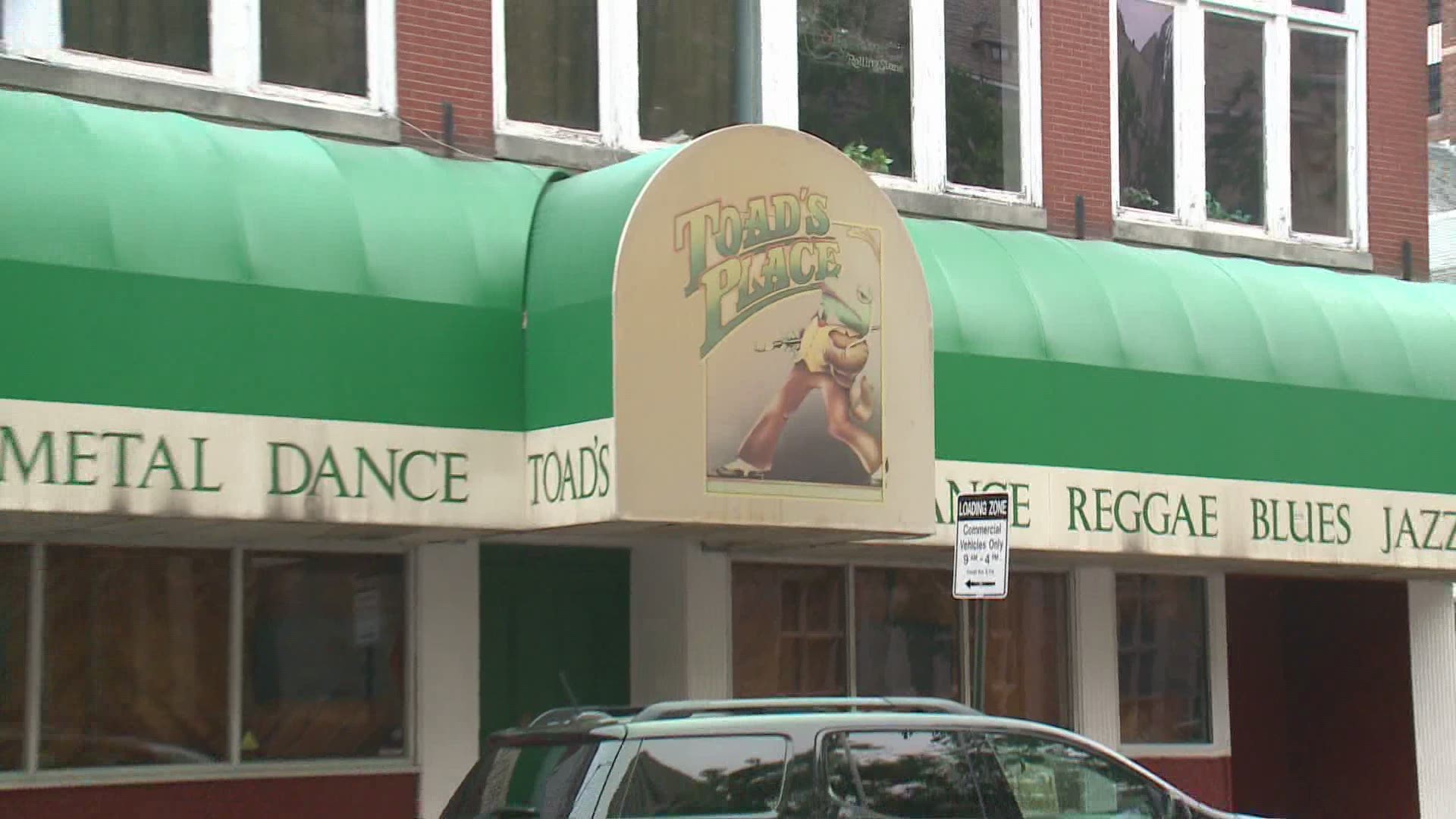 NEW HAVEN, Conn. — A national push called "Save our Stages” is hoping to help out independent venues that bring live music and events who may have to see their doors shut for good if they don't get the funding they need from Congress.

“We were the first time close and the last to re-open,” said Keith Mahler with Premier Concerts who says being last on the list to re-open has put independent venues in quite a financial pickle.

So far there has been little to no support for venues which is why “Save our Stages” became a national initiative.

RELATED: After lobbying, Catholic Church won $1.4B in coronavirus aid

Mahler says Premier Concerts is the primary promoter and partner with College Street Music Hall in New Haven and Space Ballroom in Hamden.

In 2018, College Street Music Hall alone generated over 16-million dollars for the city of New Haven according to Mahler, but now that’s dropped down to zero.

With no venue or events planned some say summer doesn’t feel the same.

Residents like Arnold who frequent independent venues say without them, the city just doesn’t have the same feeling even in the streets.

Arnold said, “It makes me sad that I don’t hear like the people at the corner no more, the people near the museum you know making music or with their guitars or something like that you know it’s a lot of people scared to even come outside now due to the COVID.”

At this time, people can still catch live music in the Elm City, like at Next Door which is staying true to its mission in providing good food and good music.

Maria Corina said, “Having a place that has live music reminds you of that time we can hang out and just have a good time and also have the sense of supporting a local musician.”

Like local musician Seth Adam who says although he is a tad bit nervous singing indoors everyone is still being safe and wearing their mask, so he says he will do the same even while singing.

Adam said, “I think it goes back to the premise that it’s not just about me, but it’s me protecting other people. And singing puts out a lot of stuff, so I want to be an active participant in preventing any further spread.”

The call to action includes many more places like Toad’s Place who says that they want everyone to get involved to save these independent venues by signing the “Save Our Stages" petition.