Apiject just got a $590-million loan from the federal government 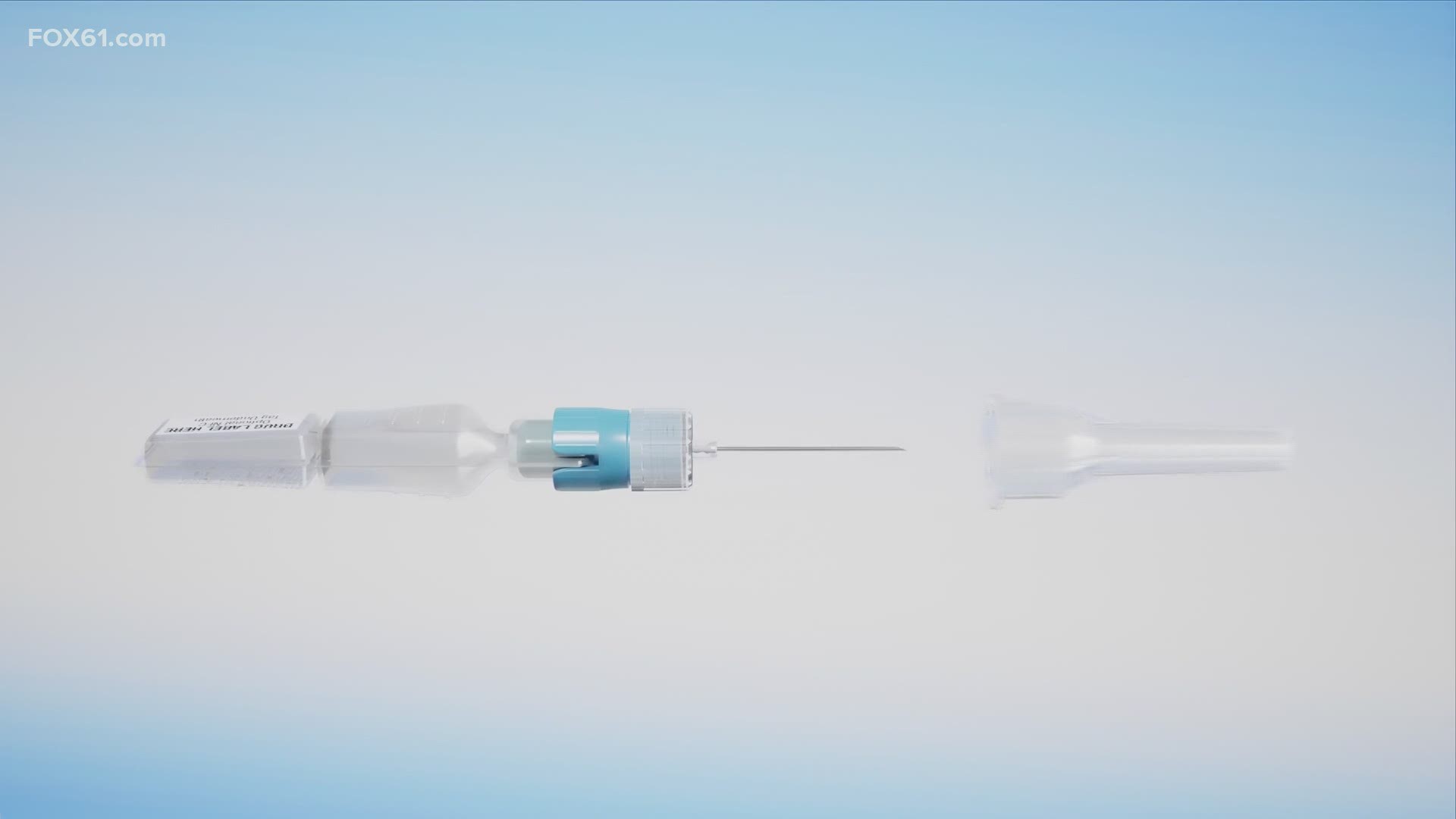 STAMFORD, Conn. — With COVID vaccines coming soon, there’s concern the manufacturing of glass vials needed to deliver them won’t be able to keep up with demand. That’s where a Stamford-based company comes in. They just got a $590-million loan from the federal government as part of Operation Warp Speed.

There are only two major companies that produce the glass vials traditionally used to hold a vaccine. If we see supply chain shortages, we will need surge capacity — and a backup plan. The Stamford, Connecticut-based company Apiject says they have the answer.

Apiject makes a medicine delivery device that is made of plastic, not glass. A future vaccine would be sealed inside the device moments after the plastic mold is blown. Jay Walker is the Executive Chairman of Apiject. He told FOX61, "It's an all-in-one, prefilled syringe where the plastic is formed at the exact same time the vaccine is put into it...Millions and millions of prefiled syringes can be made every month, which is exactly what we will need."

The Apiject injector was originally invented as an ultra-low-cost way to get medicine to poorer countries. The company says their device is ideal for filling the shelves of the country’s strategic national medical stockpile. "With our technology, the strategic national stockpile could store drugs cryogenically. Either ultra-cold in bulk or in powder. Then, when they need it, they make it and quickly scale it up in plastic pre-filled syringes. That makes America safer," said Walker. That also makes it ideal for pandemics. "You’ll need enormous volumes. That’s where plastic is the way to go."

The federal government has been keeping an eye on Apiject’s product for two years. Their delivery technology is already being used for flu vaccine. However, there is a concern that it hasn’t been tested on the sensitive MRNA COVID-19 vaccines. Walker responded, "This is medical grade plastic. It does not interact. In fact, it’s the same kind of medical grade plastic that’s in syringes. So, you know it’s commonly used."

There is also the issue of cold chain storage. Will Apiject be able to handle the extreme temperatures? Walker is confident it will. "Plastics like this can go all the way down to minus 100. In many ways they are more robust that glass," he said.

Apiject will use the money from the federal government to build a giant manufacturing plant in North Carolina to complement their existing plant in South Carolina. It will put them in a position to deliver 3-billion doses of vaccine, every year. "We will actually be exporting to the world once we’ve covered the American population. This is a perfect example of America at its best," said Walker.

Apiject’s injector also uses 95% less energy and 60% less plastic to produce compared to a traditional syringe so it's better news for the environment. The company will also need to raise $200-million of private capital to achieve their mission. They believe they are on track to do that. Of course, all of this will hinge on a green light from the FDA.