“Things just started warming up last week, so we tapped about 2,400 trees and we are making maple syrup.” 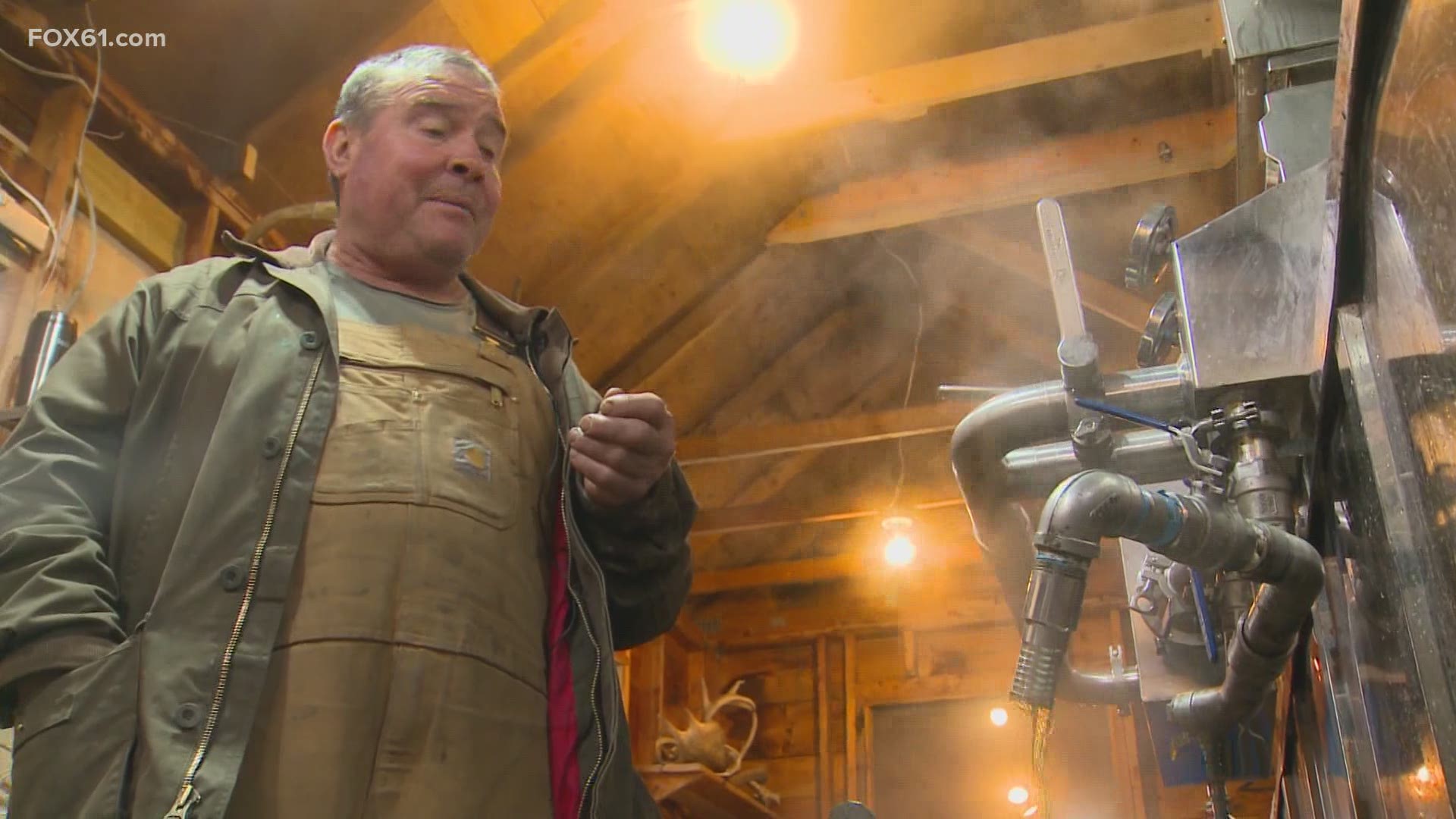 ASHFORD, Conn. — While we have all lived in a bit of a fog over the past year due to Covid-19, at the River’s Edge Sugar House in Ashford, the fog rising from the shack means Maple Syrup Season has arrived. For nearly three decades, Bill Proulx, a former East Hartford K-9 officer, has been tapping into his homegrown tradition of creating his signature syrup.

“Things just started warming up last week, so we tapped about 2,400 trees and we are making maple syrup,” Proulx said. With the new evaporator machine that he received via a state grant, Proulx was busy loading in fire wood to keep the process of making the syrup going. “This is farming,” said Proulx (pronounced “Pru”) it’s the first crop of the year.”

Proulx, who gets help in the syrup making process from his wife, Amy, and son Ryan, noted that Connecticut makes about one percent of the world’s maple syrup.

“Quebec is the largest producer, about 80 percent,” he said. Because the syrup season in Connecticut is relatively short, Proulx said the time to come and see the syrup being made is now, “it’s an outdoor activity and we’re spread out here and producing a beautiful product, 100 percent Connecticut made.”

Even during the pandemic, some sugar houses are open to the public under certain safety protocols, to find out more click www.ctmaple.org/