Aquiline Drones is offering a program called Flight to the Future that will train students to be licensed drone operators. 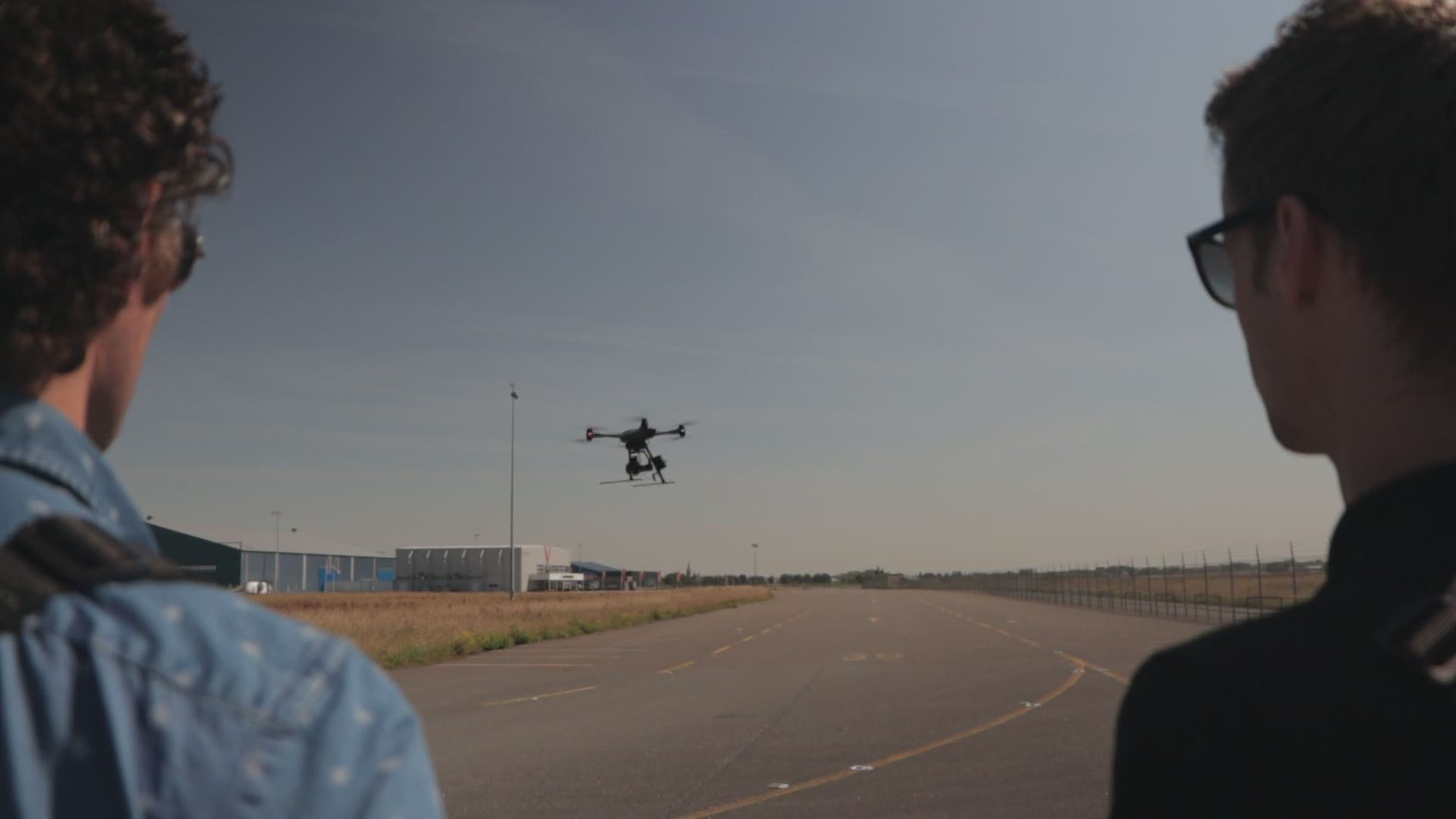 HARTFORD, Conn —
For Barry Alexander, aviation is in his blood.  He’s trained as an aircraft technician and pilot and started an air ambulance transportation network in the Caribbean.  So it was only natural that he looked to the future of aviation for his next venture.

“Aquiline Drones is somewhat of an extension of my career in aviation, but also my business life, so it represents a culmination of all these activities I’ve done over the past 20+ years,” said Barry Alexander, CEO of Aquiline Drones.

Alexander says the Hartford-based company is a drones solution company with core competencies in the cloud computing space.  That means working on ways drones can gather information and give insights for the bottom line of the business, whether it’s delivering packages, working on forest fire prevention, law enforcement surveillance or transporting human organs and tissue.

“When putting together, we create the optimal environment for drone use,” said Alexander.

Now, Aquiline Drones is offering a program called Flight to the Future that will train students to be licensed drone operators.  It launches in September, and Alexander says there’s no better time for it.

“COVID-19 coincidentally became a very timely opportunity to implement that Flight to the Future program because it’s designed to empower people, mainly unemployed individuals to give them an opportunity to retool and enter into a new career environment in an exciting and burgeoning industry,” he said.

The course takes about three to six weeks depending on an individual’s time and proficiency.  It costs about $1000 and after completion, Aquiline Drones will also help link you with job opportunities.

“It will allow people to get their lives on a new trajectory to success by being their own boss, owning their own business,” said Alexander.