On Adams Street in Manchester, there’s something brewing. Elicit Brewing Company is the latest venture by Eli’s Restaurant Group. “As business starts to evolve ... 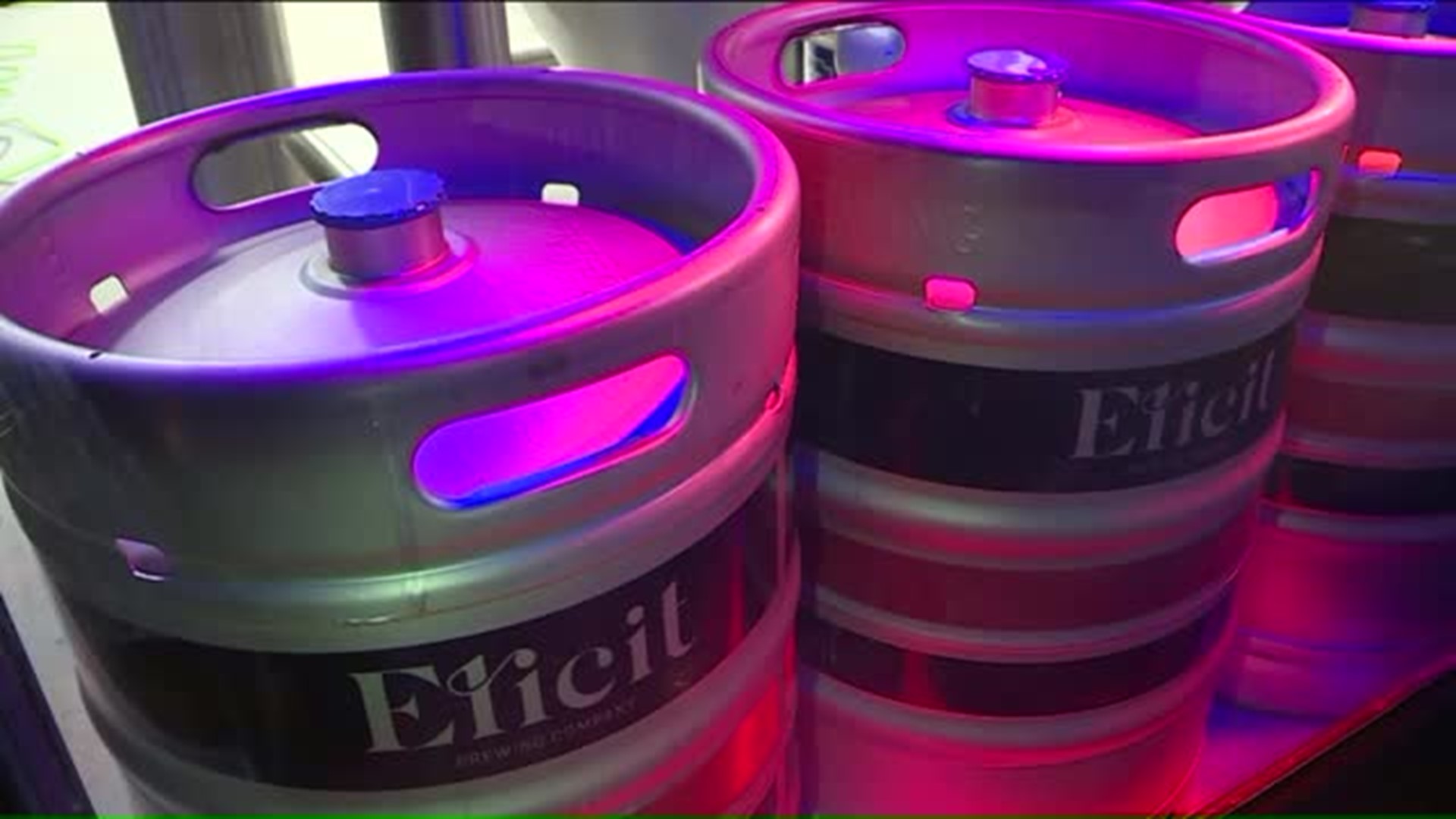 On Adams Street in Manchester, there’s something brewing. Elicit Brewing Company is the latest venture by Eli’s Restaurant Group.

“As business starts to evolve and develop and people are enjoying their time out dining in a completely different way, we were looking for new sorts of venues, new sorts of experiences,” said Ellis Reilly, Eli’s Restaurant Group Director of Business Development.

With the huge craft brew boom in Connecticut, the answer became clear.

“We took the brewery and kind of put it on steroids. We brew our own beer, because we like to make our own product. We take, even with the food, a lot of time, effort, care. A good product is huge for us,” said Reilly.

For the owners, it wasn’t about just creating a craft brew, it was about creating an experience for customers.

“I think we’ve created a multi-experience venue, so we have a beer, in the spring we’re going to have a beer garden, we have an arcade, which is very unique,” said Rich Riccitelli, one of the owners of Eli’s Restaurant Group.

There’s also a cocktail lounge for the non-beer drinkers. The place caters to both small and large groups in a pretty unique space. The building used to be the old Adams Mill. The previous owners sought out the Eli’s Restaurant Group hoping it could turn the mill into a new venue with historic charm. Eli’s fell in love with the building.

“All the trestles and the brickwork and we just played on that. Whatever we did touch, we had it made around that theme, so now the whole building has the feel of the original building,” said Rick Ciardiello, one of the owners of Eli’s Restaurant Group.

This is the eighth venue for the Eli’s Restaurant Group and its first venture into Hartford County. Its other restaurants are in the southern part of the state.